The Song Still Remains The Same: the unauthorized etymology of Led Zeppelin songs. Bring It On Home 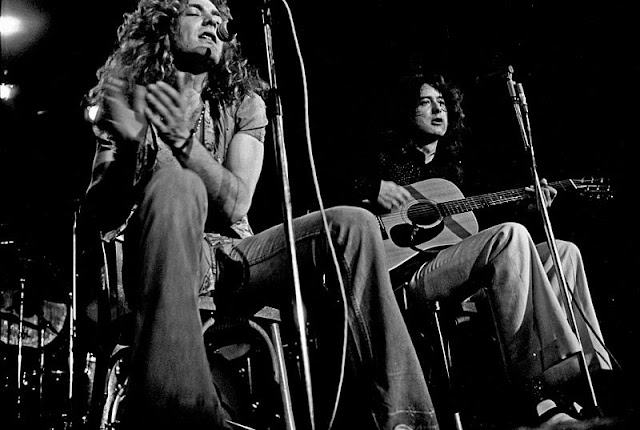 Bring It On Home - Led Zeppelin
Bring It On Home - Sonny Boy Williamson
We are back (after a long hiatus) with our fourth installment of The Song Still Remains The Same: the unauthorized etymology of Led Zeppelin songs. You know, that little thing I do where I look at a song Led Zeppelin claims to have written, and then play you the original song...that they didn't write.

We started with Dazed and Confused.
Then we looked at Whole Lotta Love.
Then we analyzed Since I've Been Lovin' You.

Today, we look at Bring It On Home. 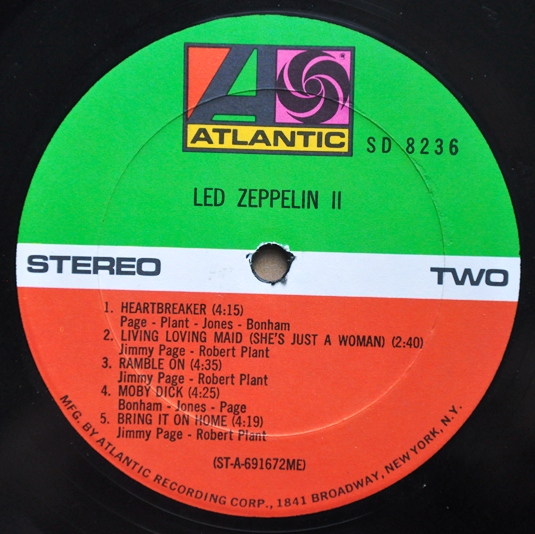 The last song on the October 1969 release of Led Zeppelin II is a song called Bring It On Home. As you can see from the above label scan, it is a song that Jimmy Page and Robert Plant have claimed to have written. The song is a laid back blues shuffle with Robert Plant's trademark billy-goat styled vocal delivery. Plant pleads with his lover:

Ahhh, you can hear Robert Plant's native Mississippi accent as he drawl's out his pained lyrics.

Whoa. Wait. No. That's not right. Robert Plant isn't from Mississippi, he's from the UK. And Jimmy Page wasn't an itinerant sharecropper who made his way to Chicago after World War II. How did I mess this up? Oh yeah, Jimmy Page and Robert Plant didn't write the damn blues song! They stole it.

Sonny Boy Williamson (II) recorded the Willie Dixon penned song, Bring It On Home, in January of 1963 at Chess Studios in Chicago. However, the number wasn't released on Chess Records until February of 1966, shortly after Sonny Boy Williamson's death in Helena, Arkansas in 1965. 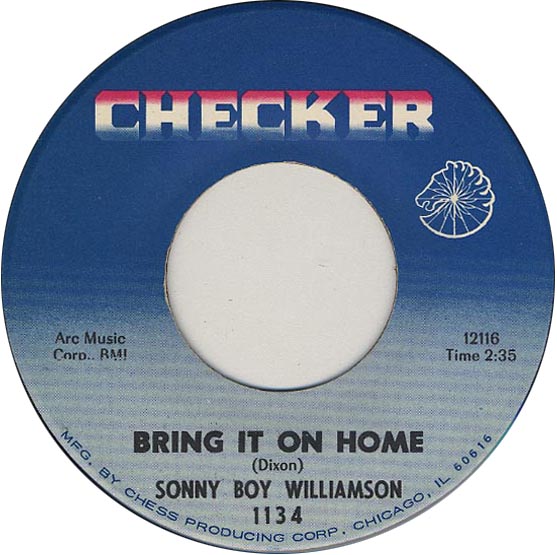 It's undeniable that it is the same song. Lawyers for Atlantic Records agreed and settled out of court for an undisclosed sum in 1972. Subsequent pressings of the record show Willie Dixon as the composer. Only one person seems to still believe it is a different song:


The thing with Bring It On Home, there's only a tiny bit taken from Sonny Boy Williamson's version and we threw that in as a tribute to him. People say, "Oh, Bring It On Home is stolen." Well, there's only a little bit in the song that relates to anything that had gone before it. Just the end.
--Jimmy Page as interviewed by Dave Schulps, Trouser Press, October, 1977.

Well, to that, I just have to say...Huh? Just a little bit? It's the same frickin' song, Jimmy. It's not just taking the shuffle, it's not just lifting a lyric or two. It's not just that it's the same title. You even have Robert Plant even imitates Sonny Boy Williamson! It's the same thing Led Zeppelin did when Robert mimicked The Small Faces' Steve Marriott with Whole Lotta Love (aka, You Need Lovin').  You make call it an homage, Misters Plant and Page, but it's not. It's standing on the shoulders of others and pushing them down in the mud. Not OK lads.

And yes, I understand that Sonny Boy Williamson tended to steal stuff too...like another person's entire identity! But we are dealing with just one deviancy at a time here. 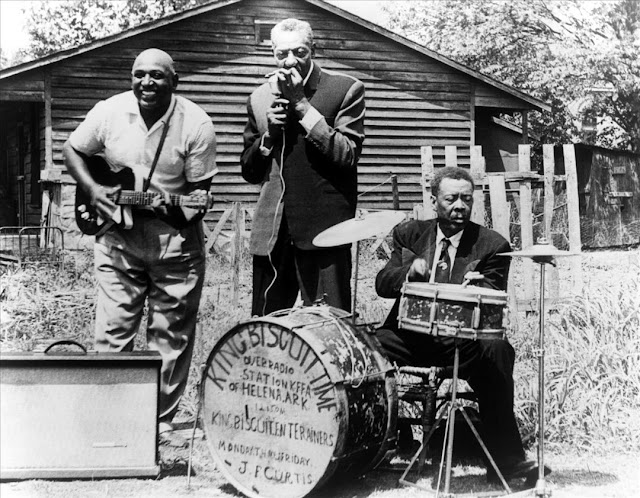