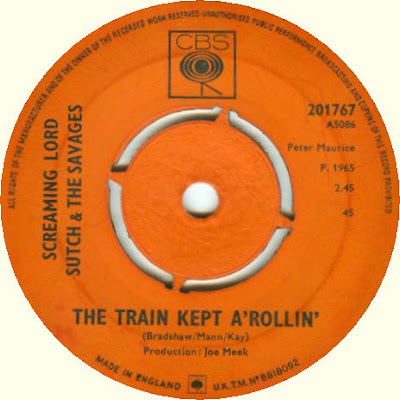 The Train is still A-Rollin', for one more day, at least. Today we bring the train into the station with a Joe Meek production. And, like our last Joe Meek production with Heinz, this number features none other than Ritchie Blackmore on guitar. Screaming Lord Sutch released his (and Joe Meek's) take on The Train Kept A-Rollin' in May of 1965 for CBS Records in his native UK. It's a unique version, and, I have to say, like Mikey from the Life Cereal commercials in the 70s, I like it, I like it, I really do. I love the way the fuzz guitar and the saxophone blend seamlessly together both in tone and attack. Screaming Lord Sutch stood firmly on the silly/gimmick side of music, but he delivers earnestly here. He did seem to have a problem translating some of the lyrics, however. How did he get from Albuquerque to "Al-Kentucky"? Did they not have an Atlas in 1965?

Interestingly, the Flip-Side of the single is Honey Hush, the same Flip-Side as Johnny Burnette's single. Gee, I wonder where Joe Meek picked this one up? 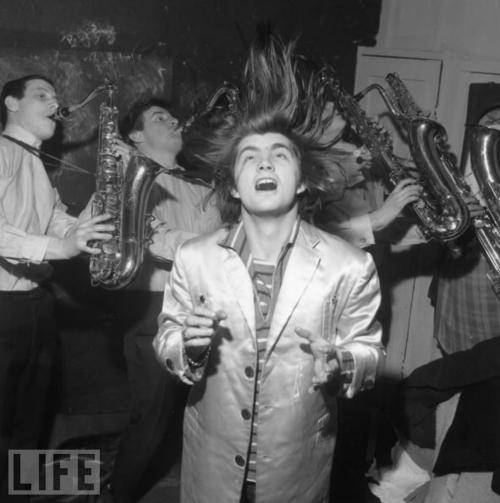