Song of the Week: Love - Always See Your Face 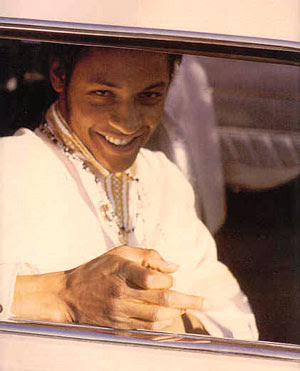 I find myself in Hollywood this week. And as I drove down Santa Monica Boulevard, passing the legendary Troubador, on the MP3 player comes Arthur Lee and Love performing A House Is Not A Motel. Behind only the Beach Boys, Love, to me epitomized California rock in the 60s. The beauty and the tragedy of it all.

Then as I turned onto Hollywood Boulevard and headed East towards Vine, past La Cienga Boulevard. There it was. A doughnut shop. Thee doughnut shop? Two members of the band, Johnny Echols and Ken Forssi would be arrested for robbing local doughnut shops which led to the break up of the original band shortly after the recording of their seminal work, Forever Changes. Arthur Lee would form a new Love, but it was never really Love. It was more Arthur Lee and a handful of musicians that would work under the name Love. Because of that wrap, the work after Forever Changes is too often ignored. True, it is much more spotty than previous work. But much of it deserves more praise. And that's why we are here today.

Lee's next Love album was recorded in '69 and was tagged with the self aware monicker, Four Sail. It's a spotty album that shows a lot of heavy-guitar, acid rock influence from San Francisco bands like Big Brother and the Holding Company and Jefferson Airplane, but it has some real nice gems. The last song on that album is our SoTW today. The song is the mellow Always See Your Face. Arthur Lee, just 24 at the time of the recording of the closing number of his fourth album, was showing signs of the pain and reflection that would sum up his career so sadly.

Won't somebody please, help me with my memory
Can't somebody see, yeah, what this world has done to me.

Dang, I really love Arthur Lee's voice. And that tasty little guitar solo is sweet as could be. 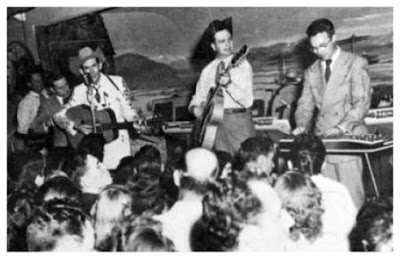 Listen - Hank Williams performs Ramblin' Man
Hmmmm. So much that can be said about the human hit machine that was Hank Williams. But I'll just say this, Hank Williams was 29 when he died of a heart attack. 29. He was 26 when he wrote and recorded today's SoTW, Ramblin' Man. The song has since been covered by his grandson, Hank Williams III.
Posted by On The Flip-Side at 7:17 PM 3 comments:

Song of the Week: "The Devil's Gotta Earn", Brett Detar 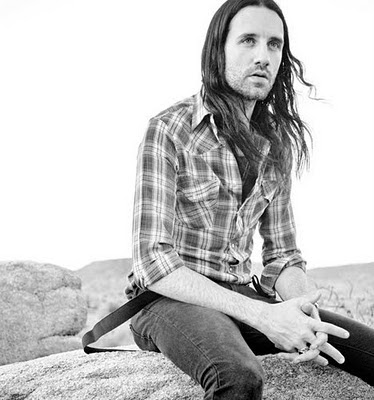 Listen - Brett Detar performs The Devil's Gotta Earn
The landscape and dynamics of the music industry are changing faster than Lindsay Lohan's rap sheet. Records used to come with inner-sleeves that warned that "taping records is killing the music industry." Then vinyl gave way to Compact Discs which promised portability, high audio quality, and the ability to outlast a cockroach in a nuclear holocaust. But not long after that invention, people figured out how to easily digitize and duplicate CD's. Then came the digital download and the rise of Napster and iTunes. Music direct to your computer. No need to buy the whole album. No need to have the artwork or the higher quality audio of the CD. Heck, you don't even need to pay for it if you don't want. What's a poor record label to do? Most dropped the artist that couldn't move 1 million units in the first week of release. (See the documentary on Wilco, I Am Trying To Break Your Heart for a compelling look of a band without a label.) So, if that happens, then what's the artist to do?
Bands like Wilco and Radiohead embraced the winds of change, others like Metallica swung wildly at the wind that blew against them, and in so doing, appeared as greedy luddites. Non-established artists just looked for some footing in the hurricane. That brings us to today's SoTW artist, Brett Detar. Until November, I, like most of you, had never heard of him. But there was a little advertisement on Facebook that said something along the lines of "if you like the Dave Rawlings Machine you'll like Brett Detar. Download his album for free." Free. In this day and age, that is about what people will pay for music. Sad to say. I downloaded the album and gave up my email address in return. Clearly Mr. Detar had set his sail to tack with today's record economy, not against it. The reality is most people would not buy his record, Bird In The Tangle, because they would never run across it in a record bin. Never hear it playing in a record store, never hear it on the pre-programmed radio stations. You have to know what you want in iTunes, you don't just run across it. Mr. Detar, it would appear, had given up on making money on the album, and instead felt content to build a following for live shows and future albums. In this writer's estimation, a good gamble. Particularly when the product is as good as Brett Detar's.
Our song is the second song off of Brett Detar's free album, Bird In The Tangle. The song is the stomping and rollicking The Devil's Gotta Earn. It would seem an apropos title to describe the music industry and the way in which the song came to be featured here, which, ironically tries to promote good music, while offering it free to listeners.
The entirety of Brett Detar's album can still be downloaded for free from his site, www.brettdetar.com. We hope you will hear this song and follow through and give the whole album, not just one song, a chance. We think it is more than worth the price of the record, free. And keep an eye out for him on the road, I know us Rocky Mountain Flipsters will be watching our email announcements.
Posted by On The Flip-Side at 10:52 AM 3 comments:

Happy 67th Townes Van Zandt.
Posted by On The Flip-Side at 10:35 AM No comments:

Email ThisBlogThis!Share to TwitterShare to FacebookShare to Pinterest
Labels: townes van zandt, waiting around to die

Email ThisBlogThis!Share to TwitterShare to FacebookShare to Pinterest
Labels: all or nothing, anyway anyhow anywhere, Creation, making time, take a heart, the birds, The Small Faces, The Sorrows, The Who
Newer Posts Older Posts Home
Subscribe to: Posts (Atom)