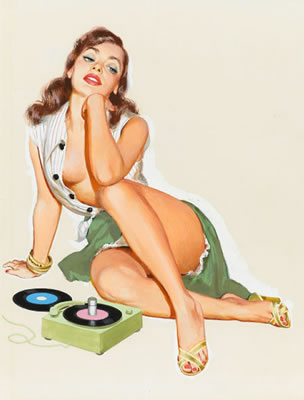 Posted by On The Flip-Side at 8:17 AM No comments:

Song of the Week: Dwight Yoakam - This Drinkin' Will Kill Me 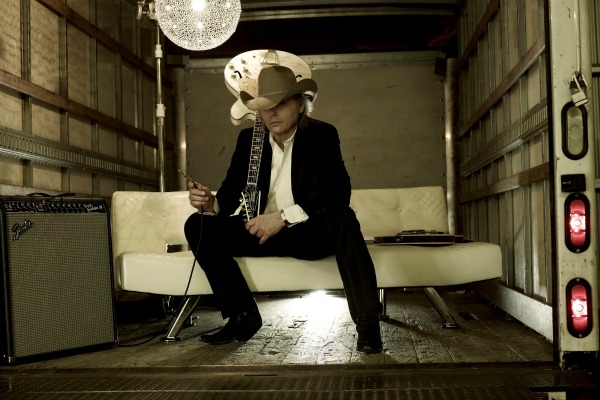 Feeling the rockabilly and honky tonk thing hitting me this week. Here we have Dwight Yoakam doing an acoustic version of his song, This Drinkin' Will Kill Me, which appeared on his second album.
Posted by On The Flip-Side at 9:24 AM No comments:

Email ThisBlogThis!Share to TwitterShare to FacebookShare to Pinterest
Labels: dwight Yoakam, this drinkin' will kill me

Song of the Week: Onie Wheeler - Jump Right Out of This Jukebox 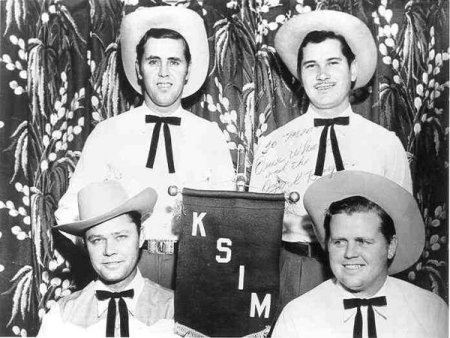 Onie Wheeler and his Ozark Boys hailed from southern Missouri. In 1957 Onie cut one single for Sam Phillips' much heralded Sun Records and toured with Carl Perkins, Johnny Cash and Elvis Presley. Jump Right Out of This Jukebox was the Flip-Side of his lone Sun Records single. It's just a classic honky tonk number that would sound downright perfect in any honky tonk or rockabilly club today. 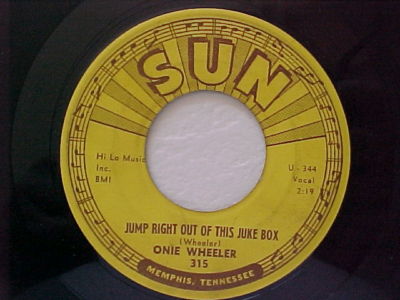 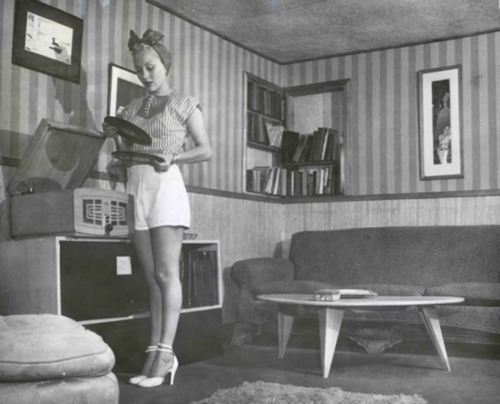 Song of the Week: The Who - Little Billy 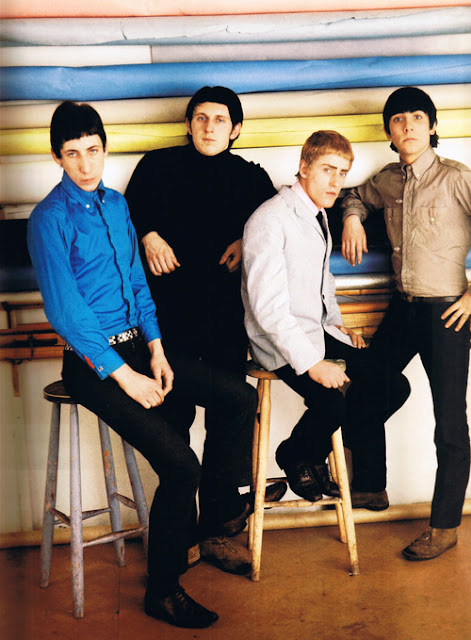 Sometime after the nice little band from Shepherd's Bush released the brilliant, The Who Sell Out, a mockery of advertising and the music industry, someone from the American Cancer Society thought it might be a good idea to have a rock-n-roll band speak up against cigarette use. Maybe even record a quick little jingle like the four limeys had done to link their songs together on the aforementioned Sell Out album. Pete Townshend accepted and wrote a full length song. But Pete's sardonic whit was too much for the American Cancer Society. As a result, The Who's recording of their original, anti-smoking morality tale, Little Billy, didn't see the light of day until it was released on the eponymous time-filler of an album, Odds and Sods. The song, like the unreleased Glow Girl, written and recorded about the same time, is a beautiful transition between Sell Out and the lyrical and musical themes which would dominate their impending breakout, Tommy. 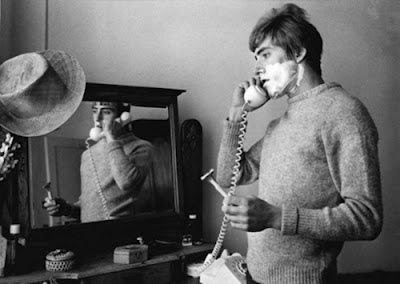 Little Billy plays on many of the same themes of childhood shame, embarrassment, harassment, bullying  and revenge which colored much of Townshend's work of the 1960s. Preceding songs like I'm A Boy, Happy Jack, Pictures of Lily and A Quick One While He's Away all dealt with the tender issues which would become the center piece of Tommy. Here Billy is a fat, unpopular child who is mocked by the kids who "smoked cigarettes just to prove they were cool." Pete and Roger share vocal duties masterfully.

Now Billy and his classmates are middle-aged/with children of their own
Their smoking games are reality now/and cancer's seed is sown
Ha, ha, ha, ha
Ha, ha, ha, ha
Little Billy didn't mind
Most of them smoke maybe 40 a day/a habit Billy doesn't share
One by one they're passing away/leaving orphan's to Billy's care.

Get the feeling Pete was bullied as a kid? 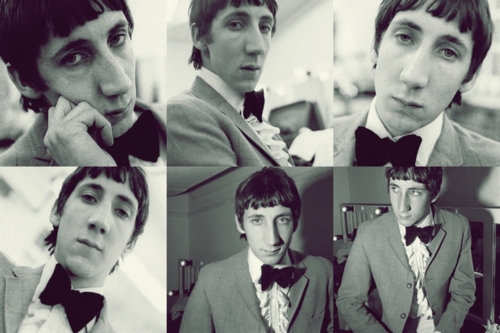 Song of the Week: The Reverend Horton Heat - Big Sky 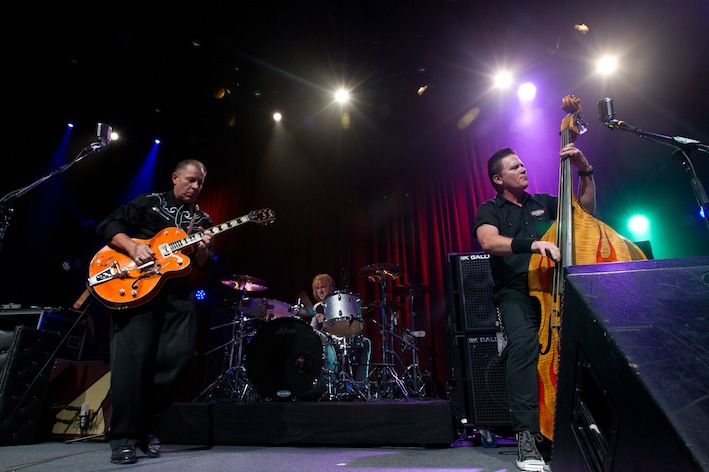 I don't think I really need to say much about The Reverend Horton Heat and their Instru-mental, Big Sky. 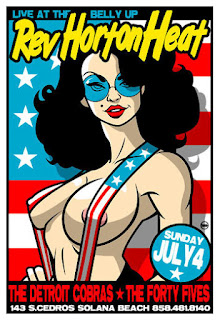 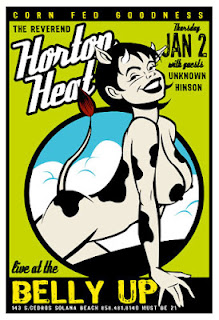 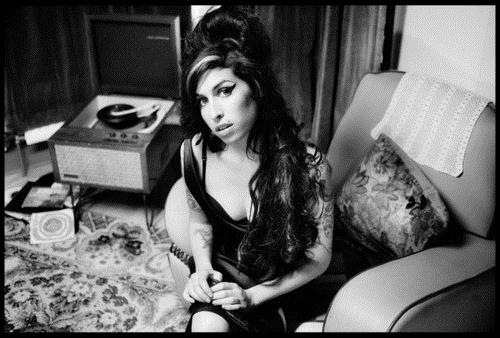 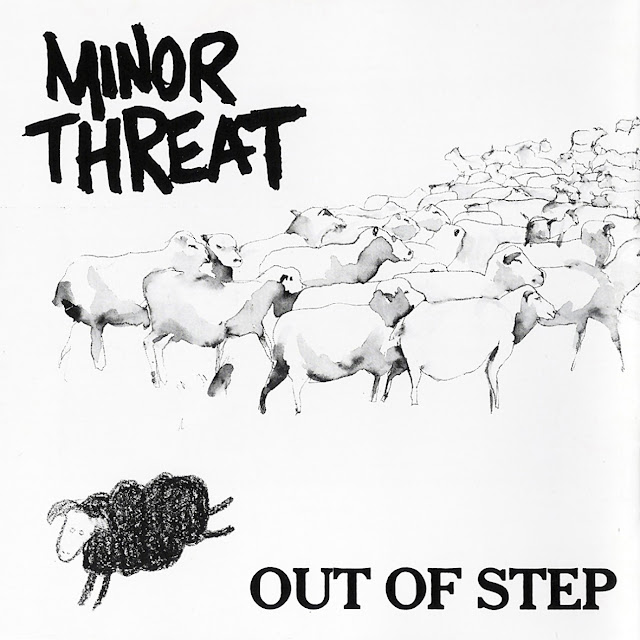 Damn! Did you blink? I mean back in '83. Back then, did you blink? Then you may have missed what happened back then. Washington, DC's Minor Threat put out their one and only album. And it was a real gem. Sure, they had an EP that preceded it and one brilliant single that followed, but that was it. They disbanded. Gone. Where the Fugazi they went, I don't know.

I was working at a record store called Barney's Records in Davis, California. Just a wee teen, a sophomore in High School, I was. Each employee was asked by management (read: Dave Webb) to create a top 5 albums of the year list. Minor Threat's lone output, Out Of Step, topped my list of Best Albums that year. It bested REM's Murmur and even the Violent Femmes' self titled debut. I'm not sure I would rank them like I did back then, but, you know, hindsight and all. Back to Out Of Step. The rawness, the power, the ability to go 1000 miles an hour and still retain a melody, the sincerity and earnestness of the lyrics and the musical performances hit me hard. It still does. And it scares the heck out of my kids as we drive down the streets blaring this album at ungodly volumes.

The opening salvo on that album is today's SoTW. The song is Betray and it tells the story of a friendship gone wrong. Two close friends who went their separate ways. The gossip of the day was that the song was aimed at Henry Rollins who left Washington, DC, left his job at an ice cream store (at which he worked with Minor Threat frontman, Ian Mackaye) and headed off to be frontman of California's Black Flag. (By the way, I believe that is Mr. Henry Rollins skanking with the band in the picture below.) I don't really know if Betray was aimed at Rollins or not. Regardless of who the muse was, Betray beautifully demonstrates Minor Threat's musical ability. A punk song with a real chorus and even a time/tempo change at 2:01. Sit back and enjoy the run. 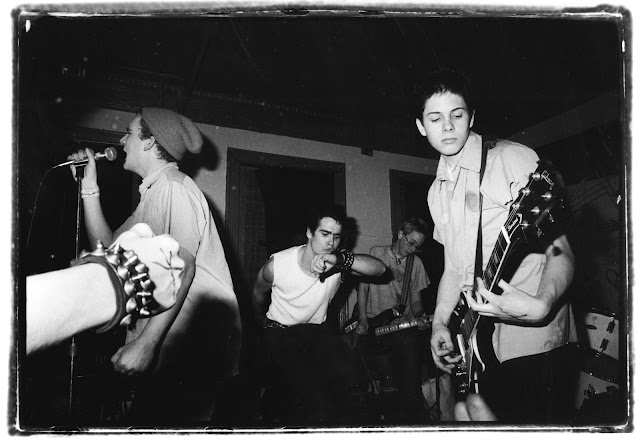 Email ThisBlogThis!Share to TwitterShare to FacebookShare to Pinterest
Labels: 1965, live recording, Set Me Free, the kinks