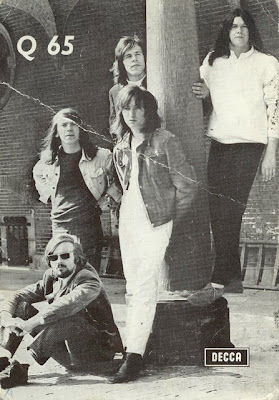 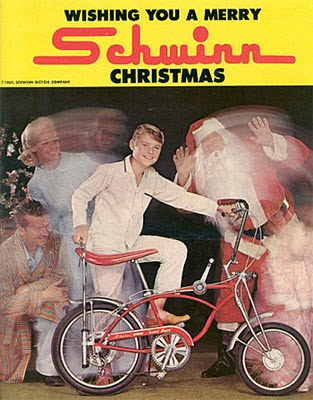 Here is a song I wrote about a friend's tale of running away from home when he was a young lad. I've embellished with some of my own memories and a little reminiscing about the feel of 21 pounds of steel thunder between the legs and the smell of freedom that is the open road.

I, of course, am talking about the moment we all got our first Schwinn Stingray, cruised the neighborhood with the other ruffians and tried desperately to shake our Born To Be Mild reality. 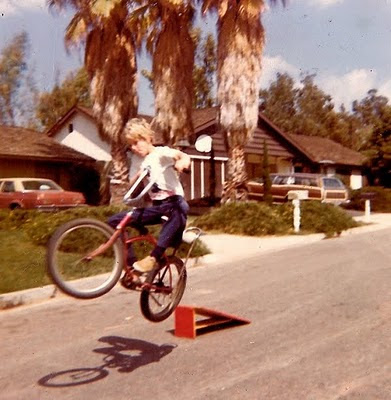 I'm using a 1967 Gibson EB2D bass, a Gibson J200 acoustic, a Fender Tele and big steaming pile of false rockabilly bravado. Some photos for this post came from the blog, The Selvedge Yard.

I hope you enjoy. 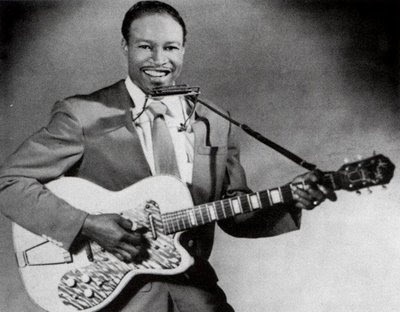 Listen - Jimmy Reed performs High & Lonesome
Jimmy Reed originally hailed from Mississippi, and after a stint in the US Navy during WWII, found himself, like so many other Mississippi men of a certain age and socio-economic status, migrating north to look for work. Reed landed in Gary, Indiana where he cut his teeth in clubs and on radio shows playing with the likes of John Brim, Elmore James, and Eddie Taylor. Like each of those men, Reed failed to satisfactorily impress Chess Records executive Lejzor Czyz (now renamed Leonard Chess).
Chess Records' loss was Vee Jay Records' gain as Jimmy Reed took his catchy, stripped down approach to writing and performing the blues and strung together certifiable hit after certifiable hit that would become industry standards once the Brit invasion hit. Songs like Big Boss Man, Baby What You Want Me To Do, Bright Lights Big City, Ain't That Loving You Baby and Honest I Do would become the bedrock of the song list for bands from both sides of the pond, like The Animals, The Rolling Stones, The Pretty Things, The Shadows of Knight, Link Wray and countless other bands looking to find that nexus of danceable, catchy and gritty. In short, Jimmy Reed defined that nexus perhaps better than any of his contemporaries.
Today we listen to Jimmy Reed's first recording ever. Before the hits started rolling in, before he got a contract with Vee Jay Records, and before alcoholism would turn the tap of hits off. The song is High & Lonesome and it was recorded in Chicago in 1953 for Chance Records. It's primal and the number of measures varies with his whim. And it is damn good.
Enjoy.
Posted by On The Flip-Side at 8:11 AM 4 comments: 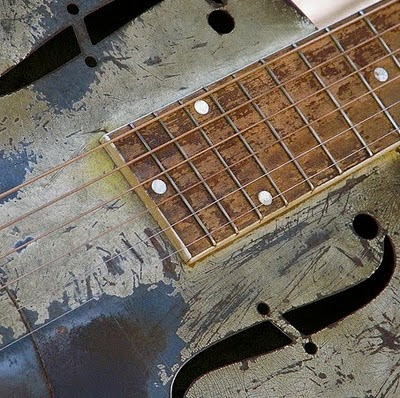 The busker vibe has changed lately here at Montgomery and N. Berkeley BART stations. Haven't seen some of the reliables lately, such as Earl the gospel singer or The Human Condition, the blue grassy americana band. At Montgomery station one guy on a classical guitar plays at the pedestrian tunnel most days, and that's all it takes, one guy getting there early and staking the territory. Needless to say, I've tossed him a buck or two. I did see Marko Harps recently and of course Jesse has been around some lately. Last week I saw Brian, the guitarist of Zack and Brian, playing with Nate Harris, the bassist of The Human Condition, together with a fiddle player, all doing a nice acoustic set. This morning I had the good pleasure to meet and record an older fellow named John Cunningham playing some jazz and blues on the clarinet. That was the first clarinet I've seen about. I guess it's just pretty unpredictable.

A week ago Tuesday I came out of the N. Berkeley station to the seductive sounds of a bluesy steel guitar. The sounds were mellow, if a little choppy. I was waiting for a ride that never showed and the music set the scene. I recognized the player from farmer's markets and asked her, Lili Dubois, if I could record one of the instrumental songs she was playing, an Erroll Garner standard. Listen to her take on Erroll Garner's Misty. Enjoy.
Posted by Flipsider at 1:15 PM 1 comment: 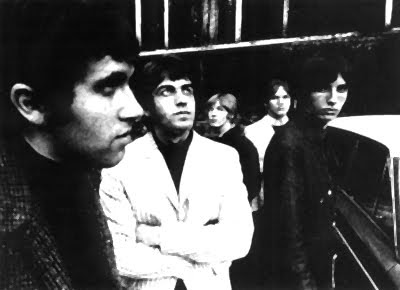 Listen - Les Fleur De Lys perform Circles
Today's SoTW focuses on a handful of boys from Southampton, England who went by the very un-English monicker of the Les Fleur De Lys. They only recorded a handful of singles, but had a real gem in their second release for Andrew Loog-Oldham's Immediate Records. It features the guitar work of session man, Jimmy Page and was written by The Who's Pete Townshend. I am speaking, of course, of 1966's Circles.
The Who recorded Townshend's Circles for their Ready Steady Who EP which followed closely on the heels of their debut album, My Generation. In America, it appeared on their debut album, The Who Sings My Generation. As you should know by now, this Flipster is quite a huge fan of The Who. So, when we say that this version is better than the original, we hope you'll listen.
Les Fleur De Lys had a revolving cast of characters with only the drummer staying the constant. But whatever line-up, and with whatever session men they had on this (some members have claimed Page was not on this session, but we think it sure sounds like him), this mod group made a real gem of a single.
We hope you enjoy Les Fleur De Lys performing Circles.
Flip
Posted by On The Flip-Side at 9:43 AM 3 comments:

Video Diary: The Milkshakes, "Out of Control"

The Lionhearted -- Honey In Your Hips 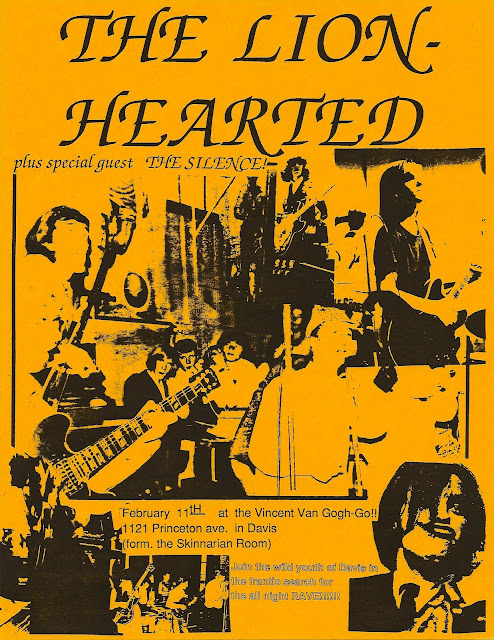 Okay, you garage rock freaks. Here is one you haven't heard before. It is an unreleased track by a garage rock band out of California in the mid 80s. The band is The Lionhearted and they are covering the very early Yardbirds track, Honey In Your Hips. We're told that this was recorded in "dad's garage" and fueled by copious amounts of RC Cola and Animal Crackers. How's that for authentic?

Let us know what you think.

The hipster flipsters.
Posted by On The Flip-Side at 8:39 AM 5 comments: