Song Of The Week: The Sir Douglas Quintet - A Nice Song 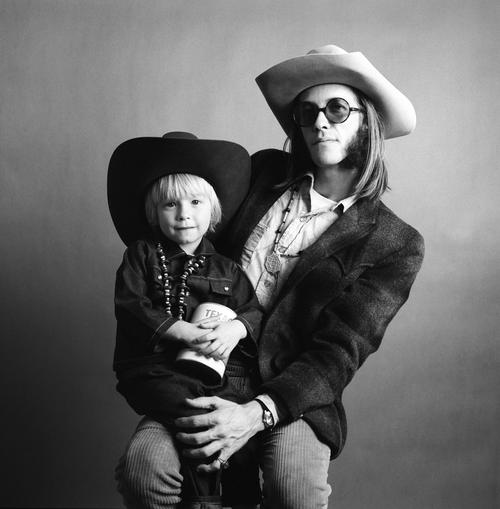 Flip-sides On The Flip-Side! Here is the flip-side of a Sir Douglas Quintet single that followed their rock solid 1969 album, Mendocino. The song is A Nice Song. Both in title and in presentation. It was released in 1970 for Phillips Records in the USA. Mercury Records abroad. The title and song are emblematic of how Doug Sahm wrote and recorded songs that were fundamentally sound and free of gimmicks that many of his fellow San Francisco area musicians were employing at the time. In fact, much of Sahm's work at this time was about how he didn't fit in with the Bay Area crowd and his desire to return to San Antonio.

Doug Sahm's gravely voice is at it's best on this New Orleans style soul song. I'm particularly fond of the simple, but effective musical conversation between Augie Meyers' piano and Sahm's guitar at 1:07. The first time I heard the song I was a bit shocked by the blasting Gibson guitar work at the end of the song (a very common tone and approach for the SF bands like Jefferson Airplane, Big Brother and the Holding Company and Moby Grape). I thought it out of character with the simplicity of the rest of the song, but, as with many things in life, I've come to change my mind. The A-Side of this single is quite tasty too, making this a nice gem that can be had on the cheap.

Enjoy and let us know what you think. 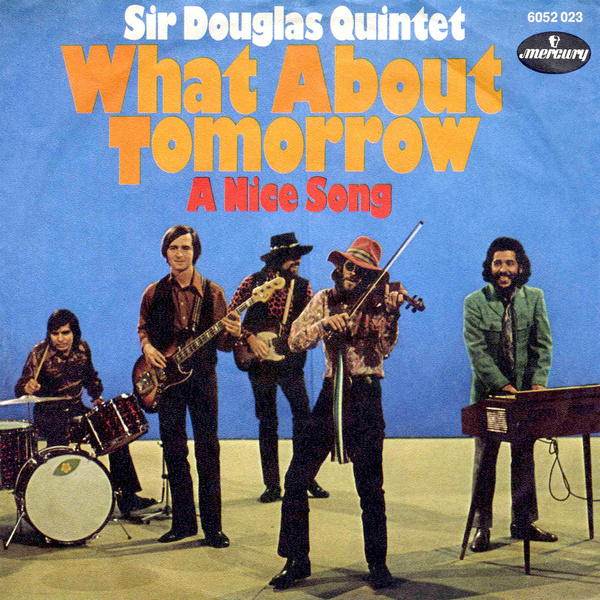 All recordings are for educational purposes only. If you love it, go buy it. If you feel that your recording is being unfairly used, drop us a line and we’ll make the situation right. We’re cool like that.
Posted by On The Flip-Side at 7:56 AM 2 comments:

Posted by On The Flip-Side at 8:57 AM No comments:

Song Of The Week: The Yardbirds - A Certain Girl 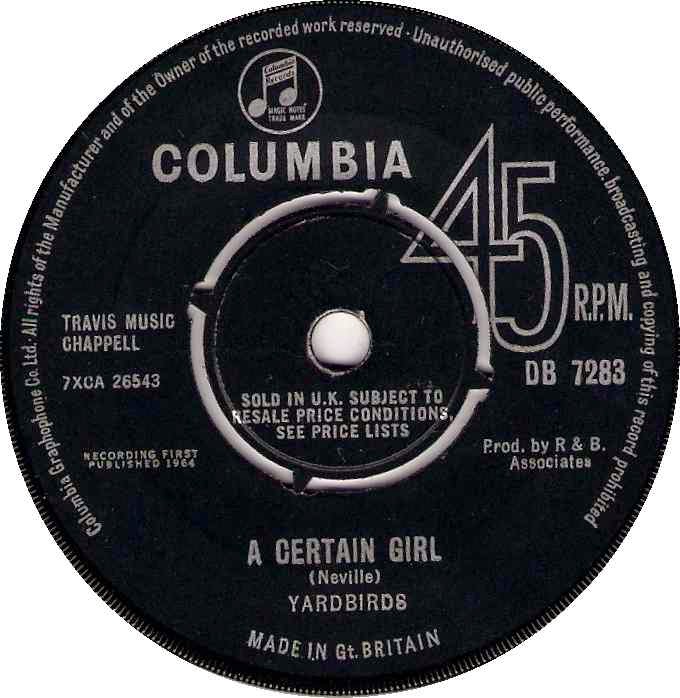 As I was flipping the stations on my satellite radio I came across a show where the DJs were having a segment about the greatest guitar solo in rock history. Those cats on the station were playing stuff by AC/DC (really?), Metallica and Deep Purple and the likes. I didn't stick around long enough to get much more info but thought about the premise a bit. Songs like The Rolling Stones' Shine A Light, the very gentle guitar work of John Frusciante on The Red Hot Chili Peppers' Scar Tissue, everything by Hendrix and Stevie Ray Vaughn and even Led Zeppelin's Stairway To Heaven. 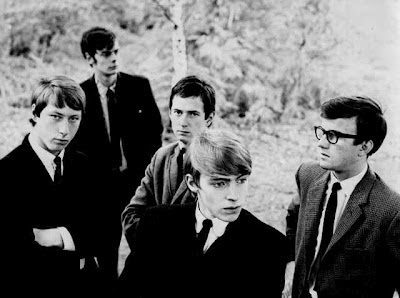 I'm not going to come to a greatest guitar solo conclusion, but I will come to this conclusion: the guitar work by a very young Eric Calpton on The Yardbirds' A Certain Girl is absolutely perfect in tone, attack, phrasing and length. A Certain Girl was the flip-side of the bands' amazing first single, I Wish You Would. I've always thought A Certain Girl, the cover of the Neville Brothers original, was a bit goofy with the band hollering' out a baritone "Nooooo" too often, but this guitar work is undeniable.

Got any other great guitar solos you think need attention? Let us know in comment section below. 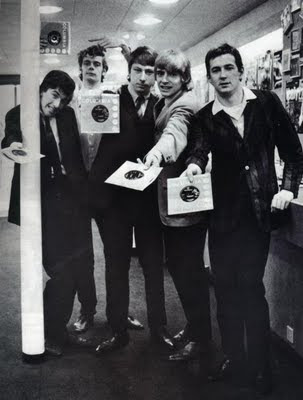 Song of the Week: Wynonie Harris - Who Threw The Whiskey In The Well?

Listen - Wynonie Harris performs Who Threw The Whiskey In The Well

Wynonie Harris is one of those great singers that you've probably never heard of. Along with Roy Brown, Big Joe Turner, Ike Turner and Louis Prima and a handful of others, Wynonie Harris pioneered a jump blues style that would give birth to rock-n-roll. 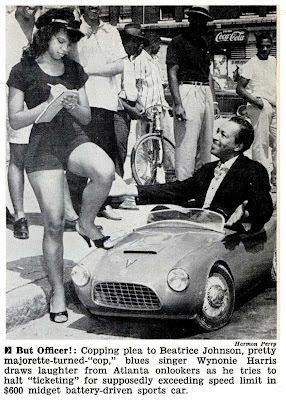 Wynonie Harris hailed from Omaha, Nebraska and kicked around the uptown blues circuits for years before he got hired by a band leader named Lucky Millinder. Wynonie, with his smooth and powerful voice, good looks and reported stage presence that lured the women closer and closer, quickly became the lead singer of the band.

On May 26, 1944, the same day that 5,500 French civilians were killed as the American Air Force went head to head with Hermann Goring's Luftwaffe over southern France, Wynonie Harris recorded his second song for Lucky Millinder. The song was crowd favorite Who Threw The Whiskey In The Well. Decca didn't get around to releasing it for almost a year, but when they did, it went No. 1 on multiple charts. It stayed No. 1 on the hit parade for 6 impressive weeks. Wynonie would shortly be recognized as the star of the band and, as they all do, went solo. He formed his new band in Los Angeles and, along with T-Bone Walker moved the jump blues sound closer and closer to what would become known as rock-n-roll in 10 years time.

Who Threw The Whiskey In The Well tells the humorous story of fictional character Elder Brown fretting over the spiked punch bowl as the fearful congregation looks to Deacon Jones for spiritual guidance. But the Deacon, like Brother Jones and Mr. Ash, is feeling "mighty fine" and as "high as a Georgia Pine."

With the call and response singing, Wynonie's sermonizing, the storyline of church goers sinning and the undeniable upbeat rhythm, it's not hard to see how this one was a nice cross-over hit. 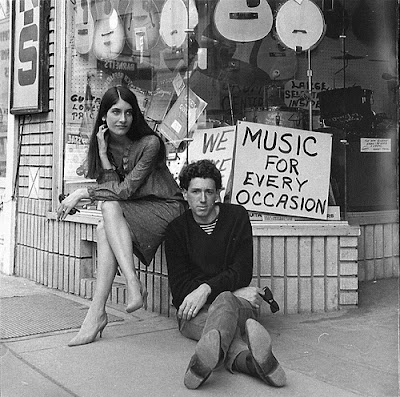 
I picked this single up years ago at a crappy Sacramento shopping mall based used record store of no particular name. I probably got it for $.50 or less. From day one I have loved every aspect of it. The incessant reverb-free guitar work that sounds like a Telecaster (to me), Mimi's humming, the barrel house piano and Richard's nasally vocals. I've never heard anything else by this husband/wife duo that I have liked. But damn, I do like Reno, Nevada. I believe it was recorded in 1965 and was published by the folk dominant label, Vanguard.