Song of the Week: "I Don't Need No Doctor", Ray Charles 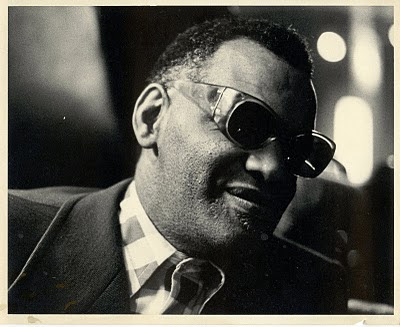 Listen - Ray Charles performs I Don't Need No Doctor
We don't need to explain who Ray Charles is. We don't need to create a schematic to prove his importance on the American and European music landscape. We don't need to give you a backstory to make you more interested in his output. We don't need to because he is simply, one of, if not thee most respected and beloved musicians in the last 100 years. That's all Ray Charles is.
Today's SoTW, I Don't Need No Doctor, is from 1966. A commercial flop that only reached #72, the song often gets left off of compilations. But with the strong back beat and the great Raelettes kicking it harder than a sexually frustrated mule, the song is one of Ray's better numbers. Enjoy.
Posted by On The Flip-Side at 12:33 PM No comments:

Email ThisBlogThis!Share to TwitterShare to FacebookShare to Pinterest
Labels: I don't need no doctor, Ray Charles

Song of the Week: "Sleigh Ride", The Ventures 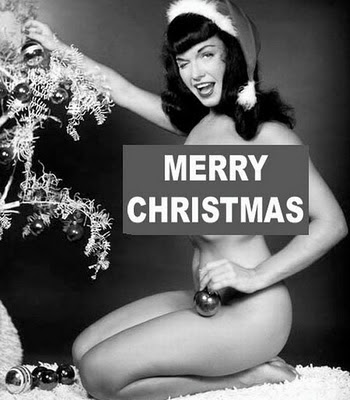 Listen - The Ventures perform Sleigh Ride
Merry Christmas!
Posted by On The Flip-Side at 7:34 AM No comments:

Song of the Week: "I'm Gonna Dress In Black", Them 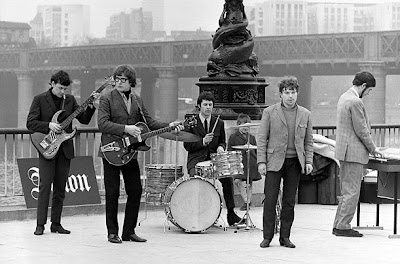 Listen - Them perform I'm Gonna Dress In Black.
Ahhh, it's Them. I must say, it has been a while since I had Them on the turntable. Too long. So how sweet it was when, just the other week, I pulled out some of my US label Parrot Records-stamped Them 45's, a few O'Dell's IPA beers, and had a grand old time playing records at ear splitting volumes.
Understandably, Them is often recognized for only two things: 1) being the first band of the 5'4" musical giant that is Van Morrison, and; 2) being the originators of the garage band standard, Gloria, a Van Morrison penned flip-side to the stellar cover of Baby Please Don't Go. But Them were much more than that. The Belfast boys put out two excellent records and a healthy amount of solid 45's. Them albums sounded different than most of their "British Invasion" brethren. Certainly part of it is their Irish homeland influence, but most of it can be traced to the multi-instrumental ability of their frontman and predominant song composer, Van Morrison. He brought Irish folk, American folk, American Jazz, American blues and rock-n-roll influences, and mixed them all together in a wonderful little stew. Only Manfred Mann albums had as much diversity as did the two albums by Them.
Today's SoTW comes from Them's first album, the excellent 1965 release, The Angry Young Them. The song seems to be neither a cover nor an original, but rather a song brought to the group. Perhaps by sometime Them producer and songwriter, Bert Berns. (See an old post on a bitching Garnett Mimms song he produced, As Long As I Have You). The song for the week is I'm Gonna Dress In Black. Thematically and musically, it has a certain feel similar to The House of the Rising Son as performed by The Animals. The organ dominant song features some of the most unexpected chord progressions, mixing up minor and major chords nicely, you're likely to hear out of song from this era. Van Morrison is, as always, exceptional on the song. You can really feel the Ray Charles influence in his performance. But it is really the organist who shines on this. Who that organist is, we just can't say. You see, Them was really a revolving cast of musicians with only bassist Alan Henderson and Van Morrison remaining constant. Additionally, it is very evident that studio musicians were employed generously on Them recordings. Question me on that? Just watch a live performance of Them and you'll hear a great difference in ability from stage to record. Whomever the musicians were, the song is killer.
Enjoy, today's SoTW, I'm Gonna Dress In Black. And enjoy the two vids below. The first is a live performance of the Bert Berns produced/composed Here Comes the Night, the latter a lip-synch version of Van Morrison's composition, Gloria.
Posted by On The Flip-Side at 8:22 AM 2 comments:

Video Diary: The Troggs "I Can't Control Myself"

Email ThisBlogThis!Share to TwitterShare to FacebookShare to Pinterest
Labels: I can't control myself, reg presley, The Troggs

Song of the Week: Dillard and Clark Expedition -- Polly 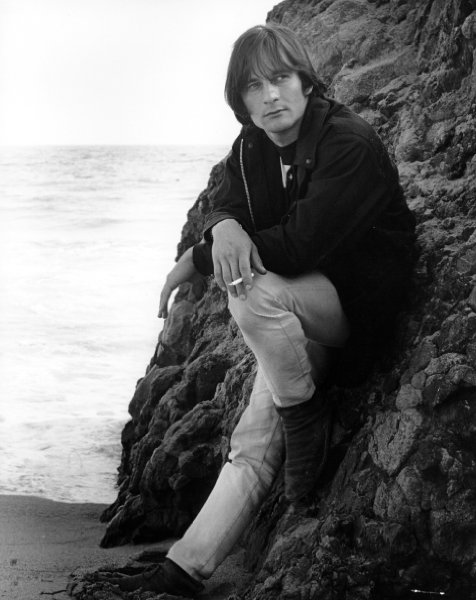 We present to you today a beautiful song that we have previously been reluctant to post on this site. We were hesitant because the song is so nuanced and so mellow, that we have feared the click-happy listener won't take the time to get it. But bollocks to the click happy world. This is a great song that you need to hear!

The song is Polly by the Dillard And Clark Expedition, a proto-alt country band that featured the former Byrds frontman, Gene Clark. We think so much of his work that he is only the third artist to get a repeat posting. [In fact, for a detailed history of Gene Clark, we strongly encourage you to read the article from two years ago about his song, Out On The Side, which can be accessed by clicking here.]

Polly is from the Dillard And Clark Expedition's second, and final, album, Through The Morning, Through The Night. It's one of the two songs from the 1969 album, along with the stellar title track, that was later covered by the Robert Plant, Alison Krauss collaboration album entitled Raising Sand. An excellent album produced by T-Bone Burnett, whom we suspect of bringing the songs to the table. With all due respect to the Plant/Krauss cover of this rare gem, I much prefer the Gene Clark version. Where Plant's performance is dark and brooding and heightens the sense of a stalker as our protagonist, Clark sings the song with a sense of loss and sadness that speaks nicely to a protagonist filled with the lament of "what could have been?".

If the wild bird could speak, he'd tell of places you have been
He's been in my dreams and he knows all the ways of the wind.
Polly come home again. Spread your wings to the wind.
I felt much of the pain as it begins.

The violin work of Byron Berline adds to that sense of sadness of loss and matches the acoustic guitar arpeggios at 1:22 and again at the end of the song, ever so nicely. We hope you take time to sit back and listen to this one without obstruction.
Posted by On The Flip-Side at 11:25 AM 5 comments: