Song of the Week: Jack White - Weep Themselves To Sleep 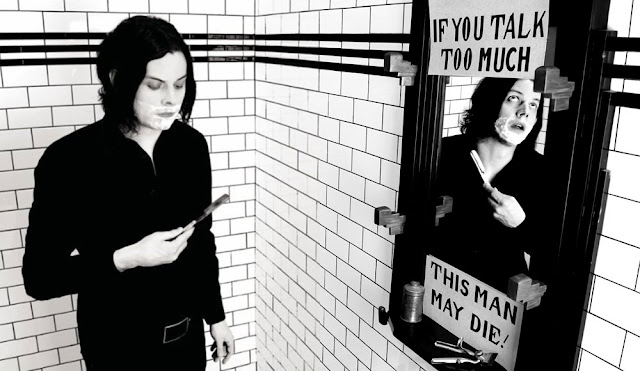 Jack White's first solo album (yes, we pause to contemplate if that is really true) was released last week. The album is Blunderbuss and it is a solid, solid album. Surrounded by a cast of very accomplished (almost) all female band, Blunderbuss sounds more like the Raconteurs than the White Stripes. Here is Weep Themselves To Sleep, the 7th track from the album.
Posted by On The Flip-Side at 1:17 PM No comments:

Email ThisBlogThis!Share to TwitterShare to FacebookShare to Pinterest
Labels: blunderbuss, Jack White, weep themselves to sleep

Song of the Week: The Band - The Night They Drove Old Dixie Down 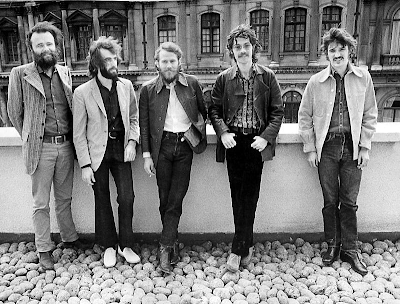 As word has gotten out that Levon Helm, a founding member of The Band, has died, we at Flip-Side would like to pause and thank him for his music.  While it has been said that in The Band no one member's star eclipsed another's, Levon nonetheless was its center.  Here's The Band, from their second album, playing The Night They Drove Old Dixie Down, with Levon singing. 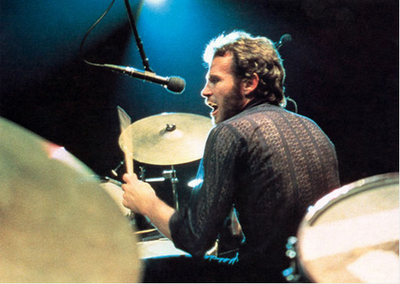 Song of the Week: The Swamp Rats - Louie Louie 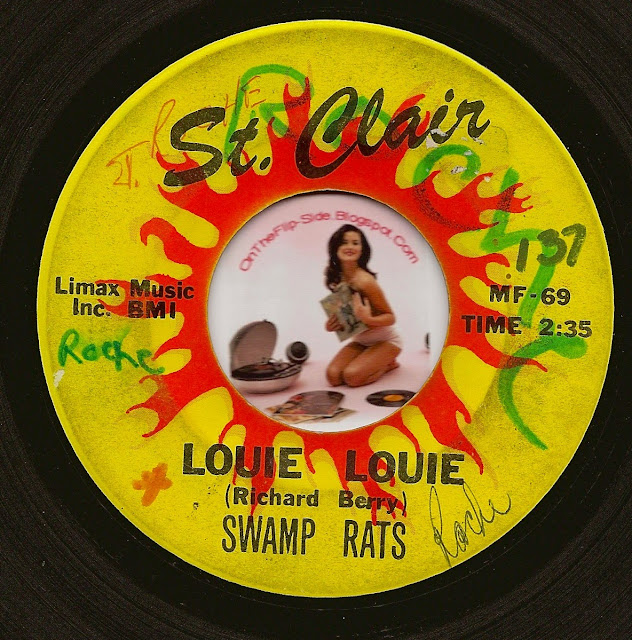 Moving from The Sonics' last single, released in '65, we'll conclude our Louie Louie love fest with the first single by The Swamp Rats, out of Pittsburgh, PA, doing Louie Louie. It's this '66 release on the St. Clair label that reveals some of the most distinctly 'punk' inclinations yet set to wax. Instruments played and recorded at extreme volumes, a dissonant lead, cavalier vocals, a palpable indifference to product and, above all, aggression.  So, a lesser known tune, with its trademark melody and rhythm lifted directly from a cuban song, gets introduced to a Pacific Northwest audience and interpreted with a fresh rock-and-roll sensibility then turned into a massive popular hit, and yet again into an anti-pop monster, ultimately finds its way to a loose-knit changeable group of kids in Pennsylvania ready to take it a step further.  It's the core trajectory of State-side rock-n-roll in a nutshell.

One can guess whether The Swamp Rats heard the Richard Berry or The Wailers version, but its certain they heard The Kingsmen's and The Sonics' Louie Louie. By 1966 The Kingsmen's Louie Louie had entered the national popular consciousness, and rightly so.  And we know The Swamp Rats were listening to The Sonics by the fact that they soon thereafter covered, in blistering fashion, the Sonics' rocker Psycho, and that they chose to cover the Sonics' version of Louie Louie with its unusual major key structure, this time in the key of B.

Sit back and enjoy!  And be sure to listen as the song trails out. 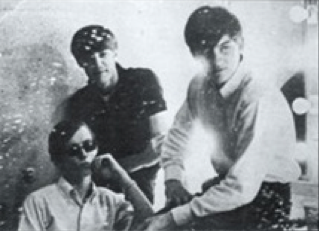 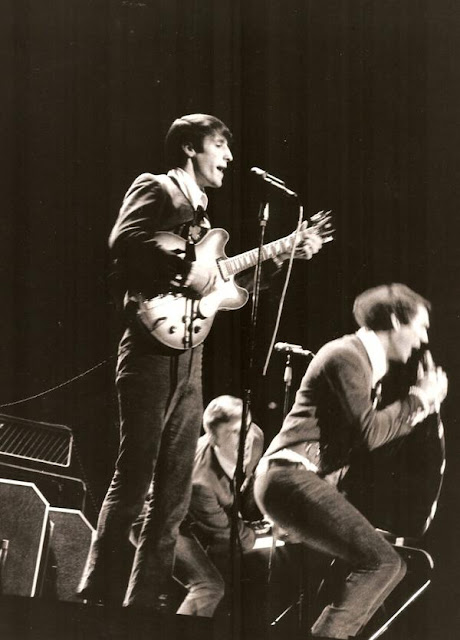 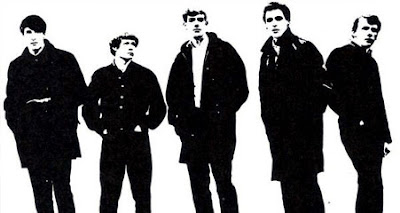 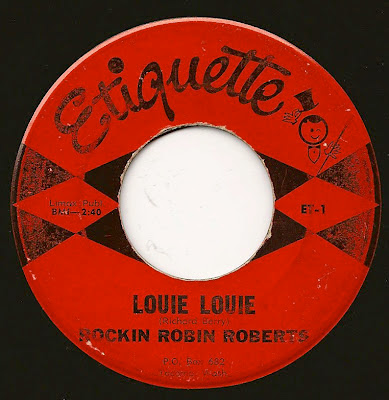 What you have here is the missing link. This is the version of Louie Louie that became the benchmark for future versions. It is by Rockin Robin Roberts and the backup band, though not credited on the label, is none other than The Wailers. The Wailers had just produced a #38 charting instrumental for another label and thus could not be credited. In fact, Etiquette Records was The Wailers' own creation to get out from under their old contract with Golden Crest. This recording of Louie Louie, is, as you can see from the scan above, the first record Etiquette ever released.

Rockin Robin Roberts and the Wailers recorded this version of Louie Louie in Tacoma, Washington in 1960 and released the single in early '61. This recording marks the first published rock recording of the song. It also has a few other historically important notables. Roberts and The Wailers move the song from the calypso beat to the now familiar downbeat. They also moved the song from it's original key of G, to Bb. And Roberts introduces the guitar lead, which is clearly the riff that the Kingsmen and other bands replicated, with the all important "Now let's give it to them, right now!" 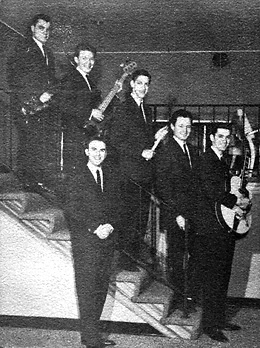 The Wailers would go on to garage lore with songs like Hang Up and the wicked Out Of Our Tree. Rockin Robin Roberts, unfortunately, died an early death due to an auto accident in 1967.
Posted by On The Flip-Side at 12:43 PM 4 comments: 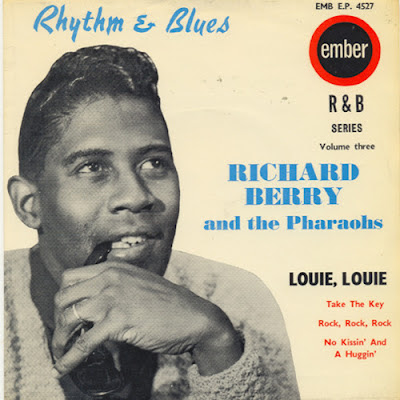 Today is day one of our ode to the most important rock-n-roll song ever written, Louie, Louie. We start with the original version. From 1955, on Flip Records, Richard Berry and the Pharaohs perform Berry's original composition. Inspired by calypso beats he heard in a song about Cuba, Berry muses about a love far off across the sea. A love he intends to fulfill.

Louie Louie, me gotta go
Louie Louie, me gotta go
Fine little girl she waits for me
Me catch the ship for cross the sea
I sail the ship all alone
I never think I'll make it home
Three nights and days me sail the sea
Me think of girl constantly
On the ship I dream she there
I smell the rose in her hair
Me see Jamaica moon above
It won't be long, me see my love
Me take her in my arms and then
I tell her I never leave again

The doo-wop, soul number would fly under the radar screen for quite some time. But that would all change in a few years time. But more on that in the coming days. 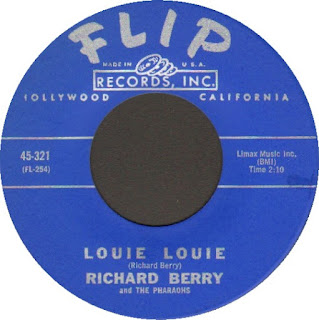