Song of the Week: The Byrds -- Have You Seen Her Face? 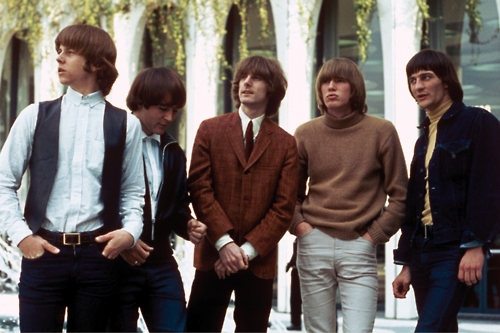 The Byrds were probably America's best band in an era dominated by the British Invasion. Not just clones of the Beatles or the Rolling Stones, The Byrds blended American country and western, pop and folk to create a beautiful new sound. That sound was most distinguished by the beautiful harmonies of four of the five members. By the time the band's fourth -- and best -- album Younger Than Yesterday was released,  Gene Clark (pictured above on the right and recipient of two Flip-Side posts in his post-Byrds career. Those are Out On The Side and Polly) had departed the band for good. With that departure the Byrds were now missing their strongest singer and perhaps their strongest songwriter. Tensions between David Crosby and the rest of the band were bubbling over and creating particular tension between the band and band leader Roger McGuinn.

From that bubbling cauldron, bassist Chris Hillman emerged, perhaps unlikely so, as a major creative force. Co-composer of the album's #1 hit single, So You Want To Be A Rock-N-Roll Star, Hillman also wrote and sang lead on four other songs on the album: Thoughts And Words, Time Between, The Girl With No Name, and today's SOTW, Have You Seen Her Face. 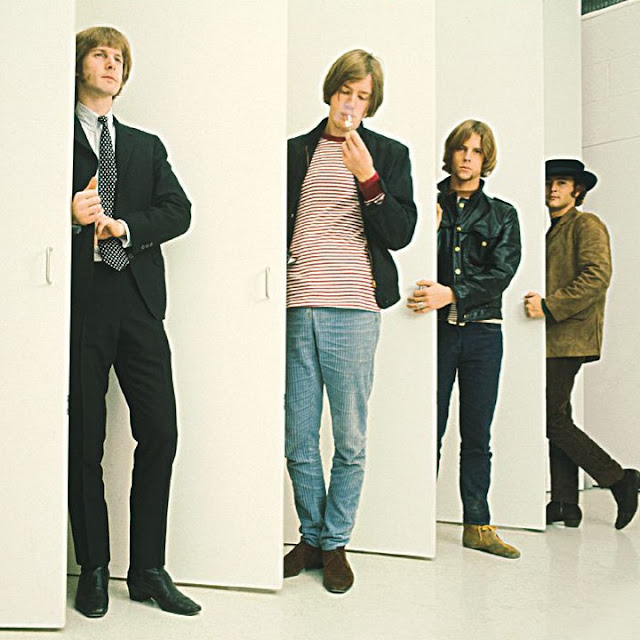 And more than that (if that wasn't enough), Hillman changed the sound of The Byrds, not just with his flatter, more countrified voice, but with the musicians he brought in to support his songs. Chris Hillman called on country guitar wizard Clarence White to play leads on Hillman's songs, essentially ditching The Byrds trademark 12-string chimey Rickenbacker as the lead instrument. Now we had the twang of a Fender Telecaster. This was a total rebranding of the Byrds that would become permanent as David Crosby would soon leave the band and be replaced by another Chris Hillman friend, Gram Parsons (himself a recipient of a Flip-Side post for his beautiful solo-era song, A Song For You). Of course those two would quickly leave The Byrds, along with drummer Michael Clarke, and form their own group, The Flying Burrito Brothers.

Have You Seen Her Face was released as a single in the US and died a miserable death on the charts. In some respects, it marks the beginning of the end of The Byrds' chart success. That doesn't mean the song isn't great, just that the stuff they were soon to record wasn't as radio friendly as before.

I've always had a soft spot in my musical heart for Chris Hillman. Not only was his bass work for the Byrds tremendous, but as noted above, his song writing and singing grew into it's own. As co-founder, and anchor, of the Flying Burrito Brothers, Hillman proved to be the corner stone in the creation of country-rock.

Enjoy Have You Seen Her Face. 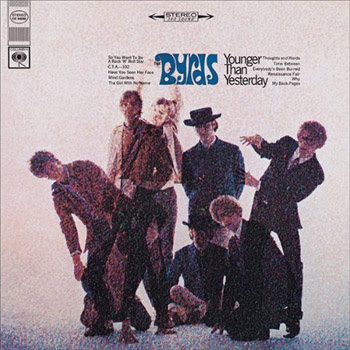 Posted by On The Flip-Side at 9:44 AM No comments:

Song of the Week: Pete Townshend - Is It In My Head? 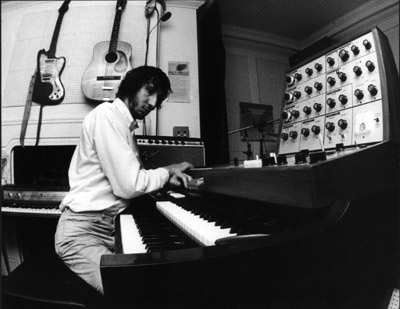 Quadrophenia is one of the most highly praised albums of all time. It marks the end of an amazing run of four "must have albums" from The Who (preceded by Sell Out, Tommy, and Who's Next.) In 1972, as Pete began writing for Quadrophenia, Pete set out to rectify the wrongs he felt were beset upon him in his pursuit of the failed Lifehouse album, an aborted album that would become the critically acclaimed and high selling Who's Next. It seems everyone but Pete loved Who's Next. He couldn't let the failure of Lifehouse to fade and he was now set on creating another concept album. And he was also set on taking even more control of the band's direction, jettisoning extremely talented people like engineer Glynn Johns whom, Pete felt, hadn't shown enough support to Lifehouse and in fact forced him to put out the best songs from that session as Who's Next. 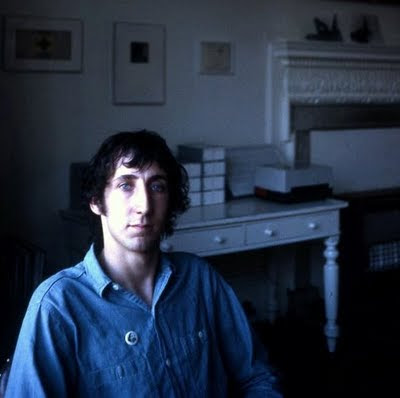 Pete retreated to his very advanced home studio on the island of Eel Pie and shut the world out. There he tried to expand on his groundbreaking use of electronics and crafted a thematic story of a downtrodden mod named Jimmy who, like Pete, seemed to be plagued by doubt and disappointment. When Pete emerged he had a comprehensive story and two hours of demos that sounded better than many other bands' completed songs. The Who had just completed their own recording studio and Pete brought the band in to put their stamp on his sophisticated demo recordings.

Until last month, when a Deluxe, remastered and expanded addition of Quadrophenia was released, most of those demos were only rumors. We got a few on the Scoop series, but not all of them. Well, here they are. To say they are well polished is an understatement. They are rock solid. Pete's drumming and bass work have improved from his demos in preparation for the Who's Next session and his voice is more confident too. His piano work is stellar and his guitar work is often more up front than in the final mixes for The Who. 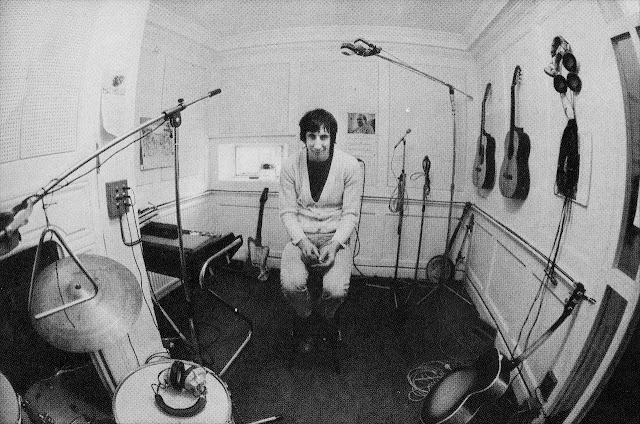 Today we highlight the song Is It In My Head? On the final Quadrophenia version, Roger Daltrey sings with anger and aggression. And it is John Entwistle whose voice is mixed to the front on the chorus. But on this demo we get to hear Pete Townshend with his more vulnerable voice. It changes the posturing of the main protagonist from one who is confrontational and defiant to one who is unsure of even his own thoughts. Listening to all the demos, one is struck by how well thought out the songs were. One is also left with the sense of how much the band was a front for Pete Townshend's mind. 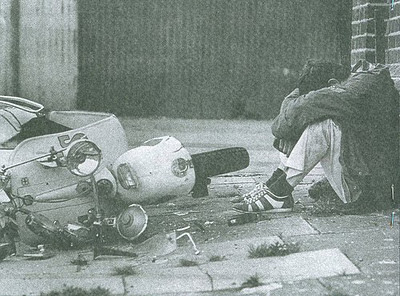 In the end, the recording and mixing of Quadrophenia was not what it should have been. The studio was not in shape for the recording (it actually flooded while they recorded and the control booth had to be stationed in a bus parked outside), the technology was not there for what Pete Townshend wanted to accomplish and the band was feeling like they were taking Pete's marching orders. In addition, producing and engineering the album was probably one job too many for Pete. At night Pete would take the tapes back to his home studio and bounce tracks (making a true remaster impossible) so as to allow him to over-dub more instruments. Likewise, John Entwistle would take tapes home to record his horn sessions at his studio. It's testament to the quality of the songs and the quality of the band that the album came out as good as it did.

And it's a testament to Pete's demos.

Email ThisBlogThis!Share to TwitterShare to FacebookShare to Pinterest
Labels: demos, Glynn Johns, is it in my head?, Pete Townshend, pete townshend studio, Quadrophenia, The Who

Song of the Week: The Music Machine - No Girl Gonna Cry 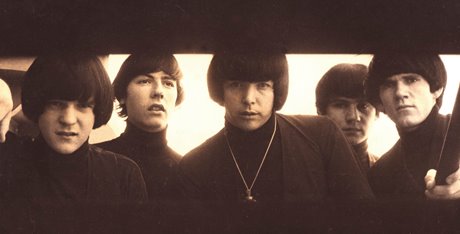 Sean Bonniwell passed away two weeks ago after a battle with lung cancer. Sean Bonniwell is one of those guys who made great, inventive and forward thinking music. And like fellow Angelenos Arthur Lee and Emitt Rhodes, the quality of his music didn't necessarily translate into sales or fame. Sean Bonniwell did pen a certified hit for his group, The Music Machine. The song was the great Talk Talk (see vid below). But he, and the rest of the band put out really good quality music that regularly equaled or even surpassed the high standard of Talk Talk. 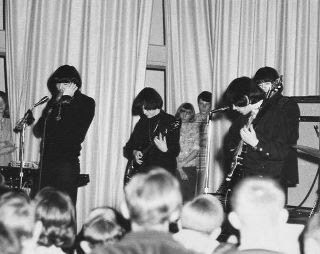 I never had the opportunity to meet Sean Bonniwell but I knew many people who did. The dark lyrics, black clothing (and one black glove) and gruff exterior apparently stood in contradiction to the nice and engaging personality that was the true character of Sean Bonniwell. I first became aware of the Music Machine in about 1984 when Rhino Records put out a retrospective of the band. I was immediately drawn to the music and the look. About the same time I came across Mike Stax's second issue of Ugly Things fanzine which featured an interview with Bonniwell. Stax's interview showed a man who loved crafting music and loved exploring new ideas both musically and lyrically. The scooping up of "everything Music Machine" was now my personal ambition. 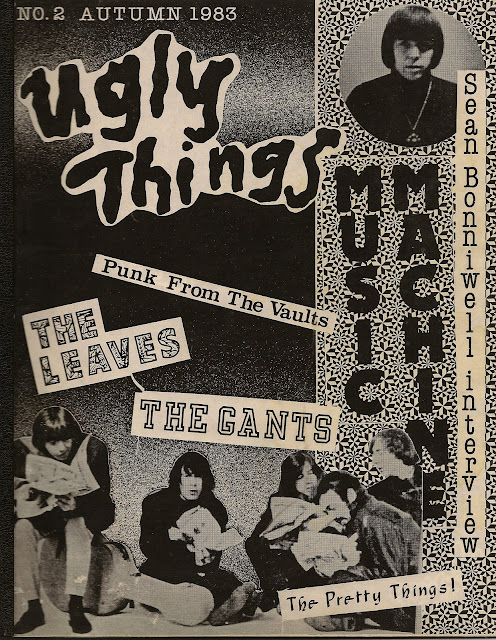 Learning as many as the songs as I could figure out with my then limited ear was an obsession. Thankfully, the Ugly Things issue shown above even came with sheet music! These were not your run of the mill 1960s garage songs. These were well crafted tunes with introspective lyrics and difficult to learn music. 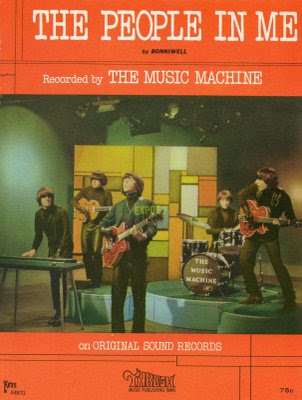 Our Song of the Week understandably celebrates the music of Sean Bonniwell. The song I chose is one that failed to find release during the lifetime of the the Music Machine. I did so to show how good they were. If a song this good didn't make the cut, then you know how good the other stuff is. The song is No Girl Gonna Cry and it first came into my playlist around 1986 or '87 when a German traveler some how talked his way into crashing on my living room floor while he worked on a fanzine. While in California he found his way to Sean Bonniwell and came back with a tape of unreleased songs, demos and alt. versions of Music Machine songs. I recall a stunning, live, in-studio version of The Eagle Never Hunts The Fly filled with different lyrics and the occasional mistake. It showed how strong the band was. The tape was a gift to this kid from an appreciative Sean Bonniwell. That German cat put out his fanzine, called Splendid, and in it he included a flexi-disc of two unreleased Music Machine songs. You are now listening to a digitization of one of those songs from that flexi-disc. The song did finally see a wider release in the late 90's, but I prefer you listen to that plastic flex version. 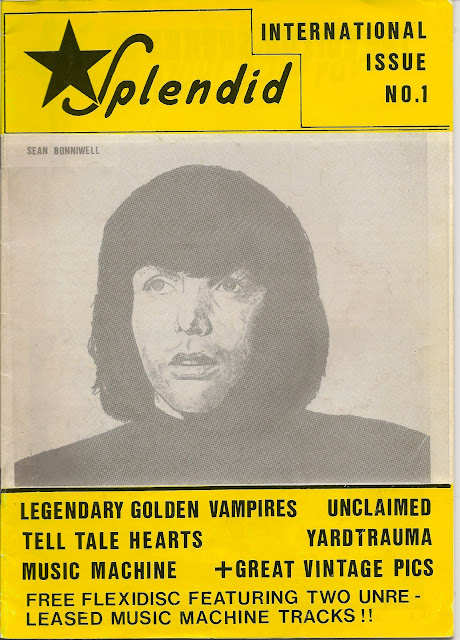