Song of the Week: "Time is On My Side", Irma Thomas 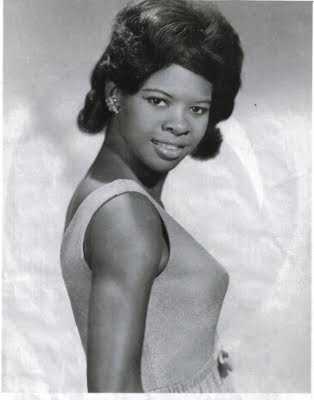 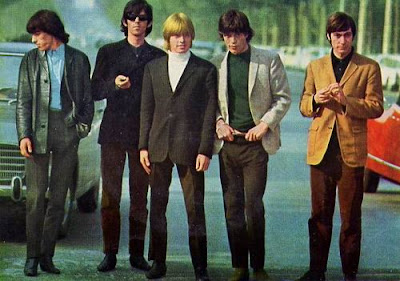 Starting today, Flip-Siders are going to be treated to a theme week (similar to what we did a month ago with our week-long look at George Gershwin's Summertime). This week's theme is perhaps best described as "the original version of much better known cover versions." Not very catchy, I know, but it does the trick. We'll be digging deep into Flip-Side central's record collection to pull out some dusty, scratchy and smelly records to let you hear some wonderful songs that flopped (relatively) on the charts but were reborn in the hands and voices of other artists who -- for one reason or another -- were able to bring the beauty of the song in question to the masses. We'll post both versions of the song for you to hear.
We kick off the week with a song made famous by the Rolling Stones, Time is On My Side. The Stones released Time is On My Side in September of '64 as their second US single. It became the lads first Top 10 hit in the States and landed them a slot performing the song on the Ed Sullivan show. It's a great song written by producer Jerry Ragovoy under the pseudonym, Norman Meade. (Astute Flip-Side readers will recall that Ragovoy is the same person who wrote As Long As I Have You for Garnet Mimms, which was featured with a SoTW back in March of '09 ). The Rolling Stones perform Time is On My Side perfectly and convincingly and succeeded in getting all the little girls screaming for Mick Jagger.
So, how did the boys come to this song? Just one month before the Rolling Stones released Time is On My Side for London Records, a young woman down in New Orleans, Louisiana released Time is On My Side as a Flip-Side to her Imperial Records recording, Anyone Who Knows What Love Is (Will Understand). What's remarkable about the two recordings, is how faithful to the original recording the Stones were. The Rolling Stones slowed it down ever so slightly and added a longer intro (two different Stones versions actually exist - a US release version with an organ intro (the one to which we link) and a slightly later re-recording -- which is the better and better known version -- with a guitar intro). What struck me about Irma Thomas' version when I first heard it is that it includes the snaggly toothed guitar lead under the spoken word part in the middle. I have no idea who plays it for Thomas, but he/she deserves a heap of praise for that addition that I had assumed was a Keith Richards invention.
Click here to listen to both Irma Thomas' version of Time Is On My Side and the Rolling Stones' version.
Posted by On The Flip-Side at 8:10 AM 3 comments:

Video Diary: The Small Faces, "Talk To You"

This original line up of the Small Faces (pre Rod Stewart and Ron Wood) was one of the most powerful combinations you could find.
Posted by On The Flip-Side at 7:32 AM 3 comments: 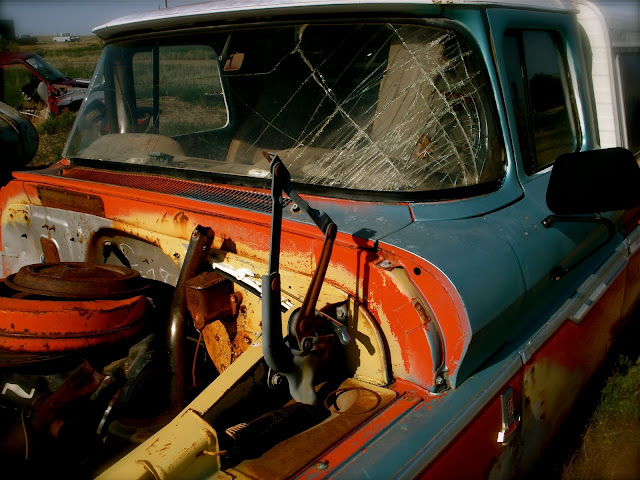 Back in the saddle after far too long not playing. All work and no play makes flip-siders a dull bunch. Today's entry is something that is inspired by, but far removed from, The Zombies' I Remember When I Loved Her and The Who's The Good's Gone. I also should also throw a tip of the hat to the 13th Floor Elevators' Rollercoaster which I have been listening to a ton recently. Duane Eddy and Hugo Montenegro should get some props too. This little number is called La Ranchera. I hope you like.

Song of the Week: "You Don't Love Me", Willie Cobbs 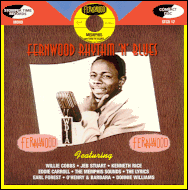 Today's Song of the Week brings you one of the Flip-Side's favorite riffs ever recorded. We first heard this riff on Manfred Mann's killer song, L.S.D. as released in 1965. That same year, Dutch band Cuby+the Blizzards, who were featured with a Song of the Week back in December of '08, cut a great version of the Manfred Mann tune as well. The Tell-Tale Hearts, the Lionhearted and the Mossmen also covered L.S.D.
But today's SotW is the original incarnation (we think). It's by Arkansas bluesman, Willie Cobbs and it was recorded across the river in Memphis in 1961. Cobbs' original composition is called You Don't Love Me and it is a real gem. Saxophone, muddy guitar with a nifty lead posited right in the middle of the song, sleepy vocals and that undeniable killer riff makes it easy to understand why so many bands lifted parts or all of this song over the years. We also think this original version is the best of them all. Though Tommy Raye's slow, organ heavy version recorded for Penn Records is also a gem. Keep watching these pages as that may make an appearance on SotW soon. Incidentally, the Grateful Dead and the Allman Brothers covered Cobbs' song giving this riff a life well beyond that of most songs. Click here to listen to Willie Cobbs perform You Don't Love Me.
Thanks for stopping by.
Posted by On The Flip-Side at 10:04 AM 2 comments: 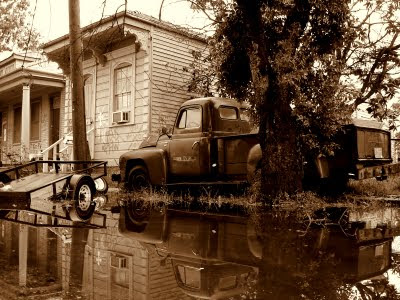 Vinnie, or Blue to his friends, is the first busker I recorded who relied greatly on his take. Hailing from New Orleans, he was displaced by the devastating flood of October 2005 we've come to know as Katrina. Somehow he ended up in San Francisco and he aint going back. To be precise, lately he finds himself laying down some blues right in the epicenter of SF, the Powell Street cable car turn-around. (That's right, he's street level to where I recorded the African musicians which can be heard here). Vinnie parks himself right next to the end of the line of Euro-touros eager to hop on a cable car, and maybe its because they've already endured the onslaught of mega-loud raptap dancers or the silver painted robo-mimes atop the milk cart, but these touros are mostly holding on to the green when they see Blue. He says lately money is slow and hard, the same I've heard from others. And I've watched them. Most pass by Blue, just another curiosity. I say, throw him some coin!
Blue plays a harp and sings through a combination of a small amp and a speaker phone, all powered by battery. Enjoy his minimalist blues tune, For a Ton of Gold, here.
Posted by Flipsider at 10:52 PM 1 comment:

Song of the Week: "Act Nice and Gentle", The Kinks 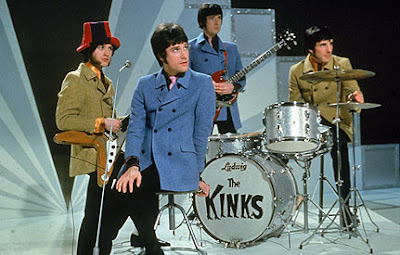 The flip-side is buzzing about this week but we wanted you to hear what we're digging right now anyways. Today's SoTW is the European flip-side of The Kinks' Waterloo Sunset. It's titled Act Nice and Gentle. The song is a funky little song originating from the awkward time when the always feeling under appreciated Dave Davies was preparing for a "solo album" (but with all the Kinks playing on it). The band cut a number of Dave's songs such as Lincoln County, Susannah's Still Alive and Love Me 'Till The Shines and a host of Ray and Dave co-written songs, in pursuit of the album. The album never happened and some of the songs were released as Dave Davies singles and some as Kinks songs. Most appearing on the knock-your-socks-off album, Something Else. So, I'll dispense with the verbiage this week and just let you get to it. Click here and enjoy the Dave and Ray Davies composition, Act Nice and Gentle.
Posted by On The Flip-Side at 4:27 PM 3 comments:

Posted by On The Flip-Side at 7:55 AM No comments: 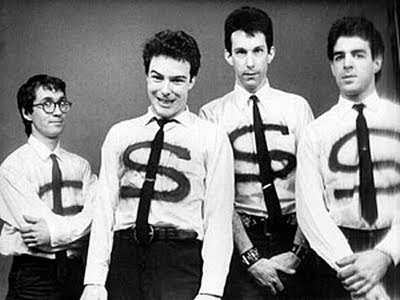 If this song doesn't get your blood pumping, then nothing ever will. Our SoTW this week is the Dead Kennedys' political satire, California Uber Alles. Specifically, it is the first version of the song released in 1979 as a single. Penned by frontman Jello Biafra, the Boulder, Colorado native born Eric Boucher who changed his name and geography. The song is satirically sung from the perspective of then Governor of California, the new-agey Jerry Brown. In the song Biafra imagines a not too far off time when "Carter power will soon go away" and be replaced by the commands of "Zen Fascist" Jerry Brown who will force your kids to "meditate in school".

The Dead Kennedys were one of the most important, original and earliest pillars in the American punk or hardcore scene. A scene that was birthed almost entirely in California. As we noted in our earlier article on X, the California hardcore scene created a completely unique movement in music. Far less extravagant and outlandish in appearance than it's UK counter-part movement, the California scene pushed minimalism. But truth be told, the Dead Kennedys were different than other bands in the scene. More political, more humorous, more eager to offend any and all constituencies. Both evangelicals and progressives lined up to throw eggs at a band they found offensive to their sensibilities. The Dead Kennedys reveled in their thumb in the eye of everyone positioning. One need look no further than their name to see proof of that.

In California Uber Alles, Biafra holds nothing back: "Zen fascists will control you, 100% natural. You will jog for the master race and always wear a happy face". But it's the bridge at 1:41 of the song, both musically and lyrically, where the song hits it's high point. Slowed down to a half tempo we start with an ominous single string riff played by guitarist East Bay Ray. Biafra's famous quivering voice (reminiscent of Feargal Sharkey of the Undertones) mixes images of George Orwell, the Nazi movement and hippy cults. It is one of the best movements in a song that I have ever heard: "Now it's 1984. Knock-knock at your front door. It's the suede/denim secret police, they have come for your uncool niece. Come quietly to the camp. You'd look nice as a draw string lamp. Don't you worry it's only a shower, for your clothes here's a pretty flower." Then, "Die on organic poison gas." Nobody was spared from the sarcastic wit.

Some time around 1983 I saw the Dead Kennedys perform in San Francisco at Mabuhay Gardens and then again at The Farm. They were two of the best shows that I ever saw. Not musically so much as from the perspective of a total performance. As the martial drums rolled California Uber Alles to a close, Biafra goose-stepped around the stage with a mock Nazi salute. The racist Nazi-punks in the audience sensing they were being ridiculed stormed the front of the stage and spat upon the shirtless Biafra who wiped the spit all over his chest and face. As the nazi-punks would flail at him and gesture with their middle finger, Biafra yelled out the count-down for the next song: "Nazi-Punks, Fuck Off! 1-2-3!" The battle was on and the stage became a melee. I moved to the back of the very small room and was, to be honest, very scared. I couldn't believe that the diminutive Biafra would invite this type of trouble. But the Dead Kennedys were afraid of nothing and no one. And it comes across in this song. Enjoy.