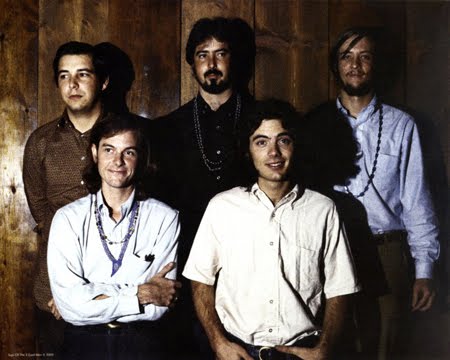 The bad ass boys from Austin, Texas who started off the flip-side are back with Levitation. I don't feel the need to sing the praises of the 13th Floor Elevators, so I'll just say, cool photo I had never seen before and great song I've heard 100,000 times before.

Song of the Week: "Bouncin' With Red", Piano Red 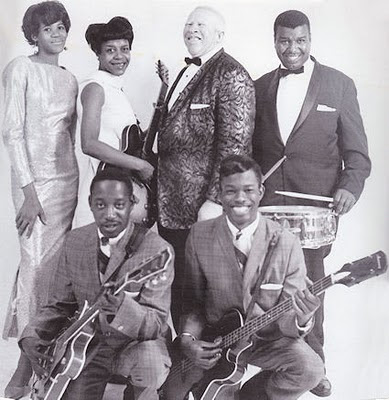 Listen - Piano Red performs Bouncin' With Red.
We are late. Yes, we know that we are supposed to publish our SOTW on Monday AM, bright and early. But Mr. Flip-Side just had one of those days. This one isn't much better. But the little voices that flitter through our heads late at night said, "Flipster" (the voices like to call me flipster), "you have at least three adoring fans out there who are just waiting for that SOTW that helps them get through a day like a cup of joe in the morning." The voices are right. We have betrayed you and we are here today to make it up to all three of you.
Without further wait, the flipsters present to you, the adoring public, our SOTW. It comes from Atlanta, Georgia and was recorded in the Spring of 1951 by the song's composer, Piano Red. The song is the instrumental, Bouncin' with Red, and we think you'll agree, it is one fun rollicking number that predates the dawn of the term Rock-n-Roll by a good 3 years.
Piano Red was also known as Dr. Feelgood (not to be confused with the excellent London based band from the 70's of the same name whom, coincidentally got some love from us about a year ago in a video diary) but was born as Willie Lee Perryman in Georgia in 1911. There is more, but we are real busy so we are going to let Piano Red do the talking with his 88 keys pounding out Bouncin' With Red. Enjoy.
Posted by On The Flip-Side at 10:04 AM No comments:

Song of the Week: "Bring It To Jerome", Bo Diddley 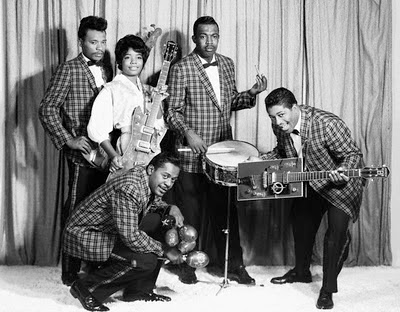 Listen - Bo Diddley performs Bring It To Jerome.
"Look it here purty baby, this mess I won't stand. All the other women, say you got another man." Those are the words spoken by the terribly wronged Jerome Green. "Who?" you may ask? Well, how dare you not know. Jerome Green is only the fiercest maraca player since Carmen Miranda shook hers for all the public to see back in the 1940s. Jerome Green was, as you may have guessed by now, the maraca player for rock-n-roll steam engine, Bo Diddley. You can see Jerome in the above picture with a fistful of maracas and a face that shows the requisite 'tude to bring it hard on them chica-chica-boom-boom machines we call maracas.
Today's SOTW, aptly titled, Bring it To Jerome, was written by Jerome and he and Bo serve double duty on the vocals. It was the flip-side of the Bo Diddley penned hit Pretty Thing and was released on Checker Records in 1956. It's a damn perfect song -- as all those early Bo Diddley numbers were.
We'll keep the words short today. Just click the song link, grab a fist full of maraca and bring it on home in front of your mirror in your living room. Don't know how to bring it like Jerome? Then check the video below to get some Jerome Green teaching.
Posted by On The Flip-Side at 9:50 AM 5 comments:

Email ThisBlogThis!Share to TwitterShare to FacebookShare to Pinterest
Labels: 1970, I fell all right, iggy pop, michigan punk, The Damned, The stooges

Song of the Week: Blind Willie McTell - God Don't Like It 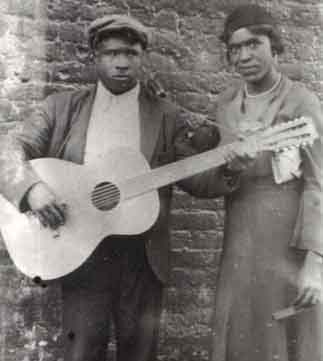 Man, I love this song. It is by Georgia born, itinerant bluesman, Blind Willie McTell and features the vocal stylings of Mr. McTell's wife, Kate McTell (formerly Ruthy Day). God Don't Like It was recorded by the two abstainers in the city of Chicago in 1935.

The youthful voiced Blind Willie McTell is perhaps most famous for his original composition Statesboro Blues which was covered/rewritten and made famous by fellow Georgians, The Allman Brothers. McTell recorded under many different names and in any number of locations, and with any variety of different instrument. The only thing consistent about his recordings, is the innate quality to his craftsmanship. God Don't Like It was certainly part of Blind Willie McTell's traveling minstrel show repertoire. It tells the very clear story of abstinence from all liquor and for all people (you hear me you lecherous preacher?). Why? Because God don't like it like that, and Kate and Willie don't either.

Then some of our children are naked, and the mothers never go. But the fathers make the mighty bitey row for the women of the shine and the shows. God don't like it, and I don't either. It's them that's gonna change.

Now I could swear I've heard the White Stripes, whom have been featured on these pages in recent months, cover this song. But I can't seem to find it anywhere. If they didn't cover it, they certainly should. This would be perfect for Meg and Jack to riff back and forth. I know they covered Blind Willie McTell's extremely great song, Your Southern Can Is Mine.

If you have a recording of The White Stripes doing God Don't Like It, please let us know in the comments section below.

Song of the Week: "Picture Book", The Kinks 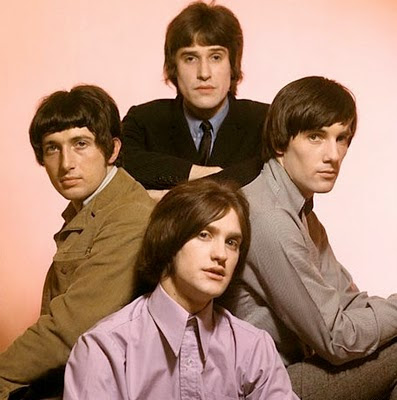 Listen - The Kinks perform Picture Book
So it is, The Kinks make it into the vaunted category of getting two write-ups here On The Flip-Side. The first being the way cool Act Nice And Gentle.
Flip-Side's Rocky Mountain HQ hosted two visitors this past week. Both our visitors talked about The Kinks while in Flip-Side company. One even made me try to remember how to play Victoria on guitar. Thus we've been feeling quite kinky recently.
Today's SOTW is from the album that many consider to be the best work of the band, The Kinks Are The Village Green Preservation Society. I'm more partial to Something Else, but I don't argue this point too strongly. It's like asking who you rather see in a skimpy bathing suit, Jennifer Aniston or Elizabeth Hurley. In other words, you can't go wrong with either. Our SOTW is Picture Book, the lovely little song with a ton of restraint and the infamous Ray Davies sardonic social-commentary wit in full force.

Village Green was a huge success and a huge failure when it was released in '68 ('69 in the US). The critics generally loved it. The record buying public ignored it. Reportedly only a paltry 100,000 copies sold across the globe in it's first pressing. But time and word of mouth has made it The Kinks most successful album ever.
Picture Book, incidentally, was given new life a number of years ago for a clever digital picture ad campaign produced by HP.
Here is a bonus video of the boys (less Pete Quaife) performing the title track as recorded in '73.
Posted by On The Flip-Side at 7:28 AM 1 comment: