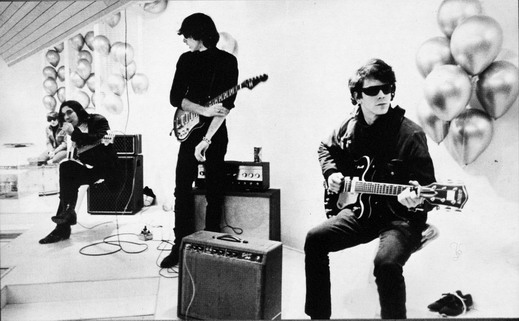 Many years ago a friend and bandmate of mine, who occasionally haunts this board under the name Coyote, asked me a simple question. "Are you a fan of The Velvet Underground?" "Well, yeah, of course I am", came the answer. Then he started talking about Rhino Records' reissue and expansion of the final Velvet Underground album, Loaded. Other than the two college radio friendly songs, Rock & Roll and Sweet Jane, I really did not know that album. On his suggestion I ran out and bought the double disc. I have to say, it is one of the best purchases I have ever made and can tell you that of the 4 records the Velvet Underground ever made, Loaded is without question my favorite. And, to be honest, it is the expanded version that makes it so great. The demos, discarded tracks, and alternate takes put the final selected tracks into perspective and make this album irresistible.

It is one of those demo or alternate takes that we focus on today. It is the song with the chord progression that could do no wrong,  Sweet Jane. The version I was familiar with appeared on the 1970 vinyl release of Loaded. That version was short, succinct and upbeat. Then when I got the expanded addition of Loaded, called Fully Loaded, I noticed immediately that that version now had a bridge included in it that I had never heard before. Blow my fricken' mind. "Heavenly wine and roses seem to whisper to her, yeah, when she smiles." How did that get cut out of the original release?

The lyrics to the song have always mesmerized me.


Some people, they like to go out dancing, And other peoples, they have to work, just watch me now!
And there's even some evil mothers, well they're gonna tell you that everything is just dirt.
You know that women never really faint, and the villains always blink their eyes, woo!
And that, you know, children are the only ones who blush and that life is just to die.
And everyone who ever had a heart. They wouldn't turn around and break it.
And anyone who ever played a part, oh wouldn't turn around and hate it.


But then there is the slower demo version. It's missing that super-cool, but pasted on trippy intro. It still has that bridge in it and it builds to a beautifully sloppy crescendo in the end. The lyrics are slightly different -- our "protest kids" reference is gone for example. Drummer Maureen "Mo" Tucker wails away in, um, well, we'll call it "harmony". This demo version is probably not as good as the final, full-length version, but it is awfully cool.

The Cowboy Junkies did a version of Sweet Jane, and included the bridge, in 1988. It is truly sublime and one of the best covers I have ever heard of any song. Below is a video of them doing their super slow version with rearranged lyrics that track more closely to a 3rd, live version of Sweet Jane that the Velvet Underground did in 1969.

Posted by On The Flip-Side at 6:49 AM No comments: 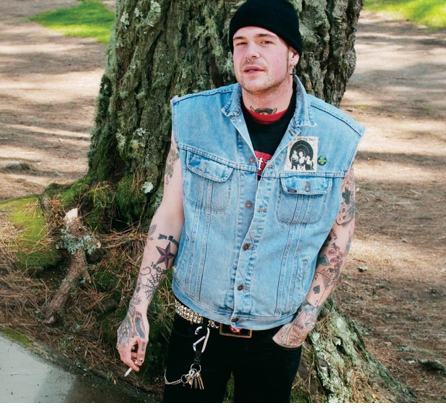 News reached me this morning that Jesse Morris passed on earlier this month. Seeing him regularly down in the BART station several years ago got me doing this whole Busker blog to begin with. This is the last recording I did of him, an original composition entitled True Red Blood. I hope you enjoy.

An article about him can be read here.

The first Jesse post can be seen here and the second one here.

The lyrics to True Red Blood can be seen in the comments section. They're really good.
Posted by Flipsider at 11:00 AM 5 comments:

Song of the Week: Louis Prima - Jump, Jive An' Wail 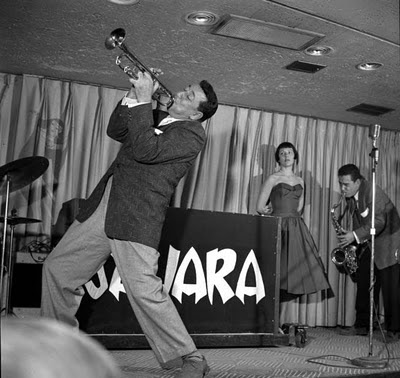 Our Song of the Week probably isn't new to anyone who knows their music. The song is Jump, Jive, An' Wail. It was written and recorded by veteran New Orleans band leader, Louis Prima. It is just flat out one of the all time great songs ever recorded. A perfect song. So perfect, it was always hard for me to imagine anyone actually writing it. My reasoning has been that it must "just have been" because it was too great to be written by an actual person. But it was. And that person is the aforementioned Louis Prima.

Mr. Prima grew up in the storied New Orleans neighborhood called Storyville. There he learned his art at the feet of his fellow Storyville local, Louis Armstrong. (click here to listen to Dave Alvin perform Armstrong's Perdido Street Blues). Sometime around '34, Louis Prima began fronting his own jazz bands and making a name for himself in the competitive world of New Orleans jazz. Prima's larger than life personality, solid trumpet playing and gregarious vocals would form a new, hyped up form of jazz that would become known alternately as Jump Blues and Swing, a direct ancestor, many would argue, to Rock-N-Roll.

By the time Louis Prima wrote and recorded his original composition, Jump, Jive, An' Wail in the Spring of '56, Rock-N-Roll had already taken a foothold in Memphis (see previous two videos). Jump, Jive, An' Wail was a huge crossover hit for Prima where his number struck a responsive chord with Rock-n-Roll crazed white teenagers, the pop music fans of Dean Martin and Frank Sinatra and be-bop Jazz fans alike.


Papa's in the ice box looking for a can of ale/Momma's in the backyard learning how to jive and wail. You gotta jump and jivin', and then you wail away.

Prima calls out "Willy the Wailer" and a rollin' piano, subdued for most of the song, deftly propels the song along with a rapid rag. One more verse and a beautiful call and response with the dueling horn section takes the song to a crazed finale. Just a damn perfect song.

P.S.S. Brian Setzer scored a hit with his version of Jump, Jive, An' Wail back in the Swing craze of the early 90's. Don't believe me? Look below.

Posted by On The Flip-Side at 1:23 PM No comments:

Song of the Week: The Violent Femmes - Gimme The Car 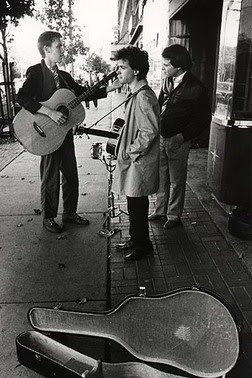 I was listening to the archive of Flip-Side posts the other day and really honed in on some of the busker posts Jack Hayden has been putting up recently. The Human Condition and the three posts featuring The Brough Brothers really grabbed my attention the most. That led me to think of my favorite buskers/turn pro band. I am of course talking about the Violent Femmes who, while busking on the streets of their native Milwaukee, were discovered by The Pretenders' Chrissy Hynde and were soon swooped into micro-stardom.

We've already written about The Violent Femmes and their brilliant but unsettling homage to insanity in rural America, Country Death Song. But today, we spin the flip-side of their debut single which dates back to 1983. The song is Gimme The Car and it is just as unsettling as Country Death Song, but with a different disturbing theme. A theme of teenage angst and sexual frustration. A boy being driven by rage and hormones but unable to explain his base feelings. Moral values are thrown out the window when our frustrated protagonist is driven by personal pain and a driving urge.

The ominous lyrics in Gimme The Car remind us of a more cynical play on kid frustration as illustrated in this song of pubescent (pre-pubescent?) need to break free.

Posted by On The Flip-Side at 1:44 PM No comments: