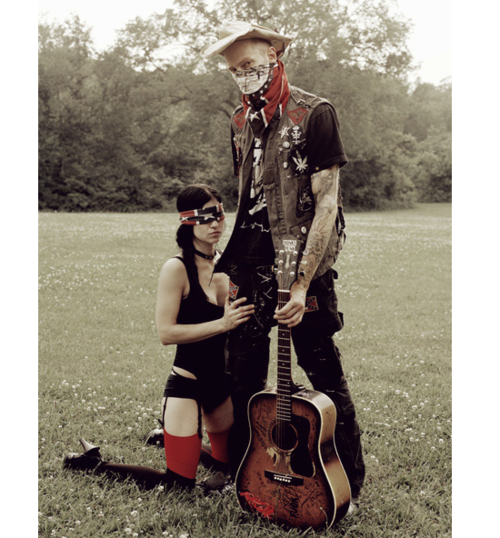 Hank Williams III's grandaddy was the most famous musician of his age and genre. That man, Hank Williams, dies of alcohol poisoning at the age of 29. In that brief life he would place no less than 35 singles in the C&W Top 10.  Hank Williams' son, Jr.,  struggles to get out of dad's inescapable shadow. Like his dad, Hank Jr. struggles with alcohol and drugs. Then he suffers a near fatal accident as he falls off a mountain (yep, that's right, a mountain). It leaves his face seriously disfigured. He rebounds to make a living by selling a rowdy, hell raising, damn the torpedoes image.

Hank III, a dead ringer for his grandfather, has fought his own demons and seems to also be caught in the shadow of his namesake grandfather. Drugs, alcohol and wild nights are part of Hank III's lore, just as it was for grand-daddy and dad. Can III escape it? Does he want to escape the family tradition? It's hard to tell and it is certainly not for me to try to act like I know.

At times Hank III's music feels like an angry bender where the singer destroys his room and smashes his mirror as he glimpses not himself, but who he thinks he is supposed to be. A black hole of a ghost from the past. But more and more his music is starting to sound like it is truly an extension of his voice. Raw, rowdy, reflective and without remorse. All those things that his progenitors were. But maybe, just maybe, that IS what he is.

In our SOTW, Country Heroes, Hank III embraces that larger legacy in one of his more mellow songs. One suspect's It's a cathartic moment for him. The whole album from which this is extracted, Straight To hell, is perhaps cathartic. He recorded and produced it himself with a variety of close friends on a $500 recorder. They worked independent of the label and it feels like the most complete work from III yet. Enjoy.
Posted by On The Flip-Side at 9:56 AM 3 comments: 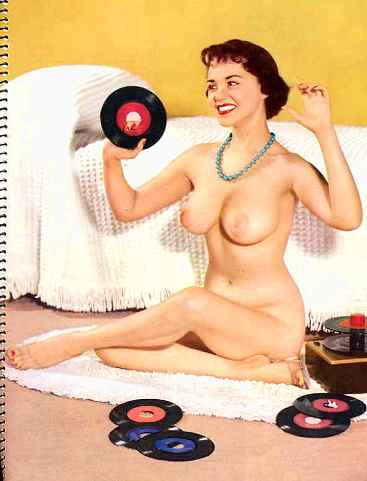 Posted by On The Flip-Side at 9:11 AM No comments: 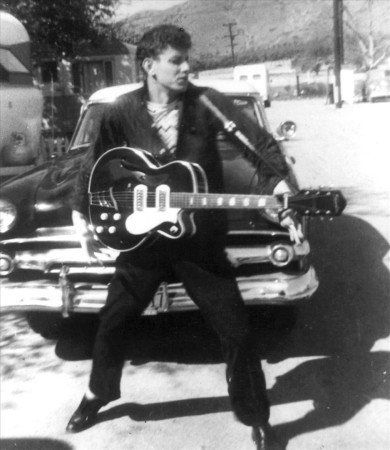 This is the stuff of legends. Hasil Adkins was raised, performed and died in Boone County, West Virginia. Starting in the 50s, a young Hasil started recording himself performing his own rock-n-roll songs and a few covers as well. He recorded them himself in a shack near his house. But more than that, he played everything himself. The drums, the guitar and the singing. But more than that, he did it in one take. Yep, Hasil (pronounced like HASSLE) was a live one man band with a tape machine in a chicken shack in West Virginia. His songs became the stuff underground cult collectors lapped up. Songs about chickens (lots and lots of chickens), suicide, decapitation and murder. Some songs about hot dogs too. It's the kind of stuff that led the Cramps to cover him and for other performers, such as Scott Biram, to tip their hat to him. Here Hasil and his one man band perform Jerry Lee Lewis' High School Confidential. It was recorded in the waning days of the 1950s. Enjoy.

Posted by On The Flip-Side at 8:39 AM No comments:

Song of the Week: The Doors -- Riders On The Storm 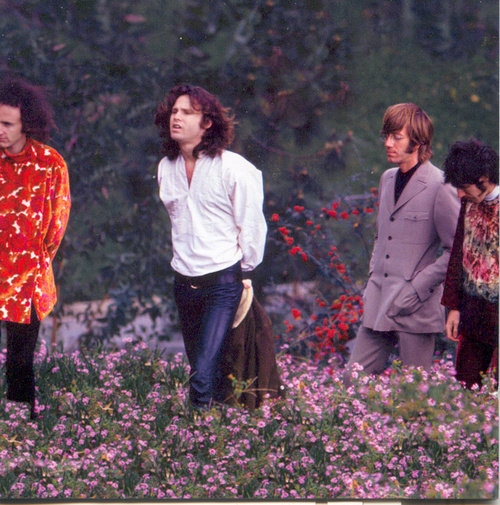 Recorded in the final days of 1970, Riders On The Storm was the last gasp of air for the much hyped The Doors. It was the last recording the band ever made and it entered the charts only minutes before Jim Morrison would be found dead in Paris.
Posted by On The Flip-Side at 11:09 AM No comments:

Watch Jack White on PBS. See more from Austin City Limits.
Posted by On The Flip-Side at 10:17 AM No comments:

Song of the Week: Buddy Holly - Down The Line 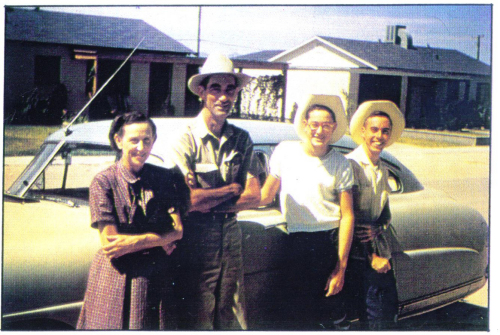 I just returned from a road trip which found me clipping through the dusty West Texas town of Lubbock, Texas. The birthplace and home of none other than Buddy Holly. I've never quite really come to terms with the reality that Buddy Holly only recorded professionally for 18 months and was but 22 years old when he died. He was such a brief flash of the headlights on such a dark, dark road. My traveling companion and I struck out West from Lubbock in the heifer heavy filled morning air. We rumbled down the same dusty highway that Holly, Jerry Allison, and Larry Welborn drove in late February of 1957 as they drove to the East New Mexico dirt patch of a town of Clovis to record some of Holly's compositions. I, of course, had to stop at the Norman Petty studios where the trio of cowpokes turned nascent rockers recorded hits like That'll Be The Day, Everyday, Not Fade Away and Peggy Sue.

Today's SoTW preceded that trio's winter road trip. It was recored live at the roller hop in Lubbock in 1955 when Holly was but 18 years old. It's his original composition, Down The Line. It features fellow Lubbock Western and Bop players Bob Montgomery, Larry Welborn and Jerry Allison. 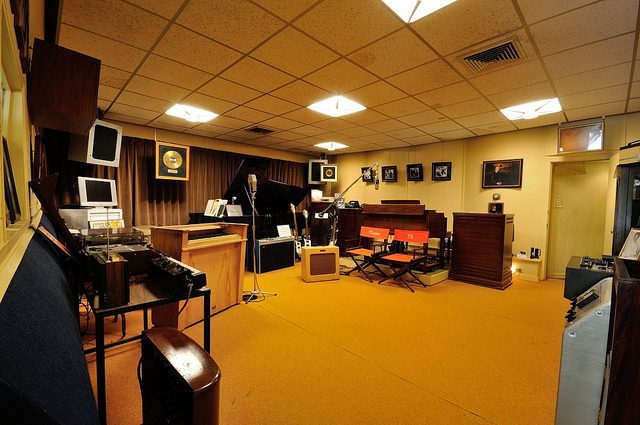 Posted by On The Flip-Side at 7:11 AM No comments: