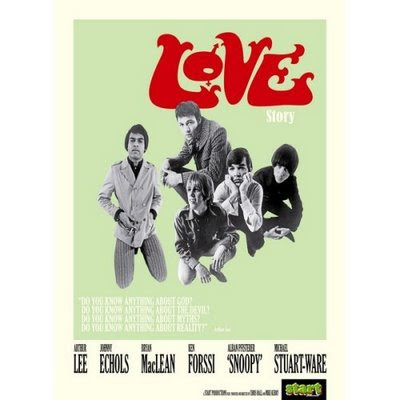 Great documentary about Arthur Lee and Love called Love Story, finally available to purchase. All the band members (including Brian MacLean back in the late 90s) are interviewed about the history of the original band. Love's music is used throughout (as opposed to some docs that can't get the rights) and there is priceless footage of the band and the LA music scene of the 60's.

Would have been nice to have more information about Arthur's post 60's life, even though that's probably not a very happy tale. This documentary is definitely pro-Arthur and keeps it all very positive. The troubled soul that was Arthur Lee is not really delved into and maybe that is best for a project like this that is more about celebrating the music. In the interviews with Arthur (thankfully not the only perspective, considering what a slippery personality he was) show both the sweet and thoughtful side and the bitter, angry side that unfortunately derailed his career more than once.

I feel so lucky to have seen him four times during the last years of his life. I only wish that last show at Cafe DuNord hadn't been the drunken, ranting nightmare show from hell.I would love to hear a bootleg tape of the show, as there were many "choice" quotes from Mr. Lee, including "My waterbed jumped up and made a peace sign at me!" and "I had four AK-47s pointed at my head--quatro!" I did get him to sign my copy of Love's first record before the show, which of course is now a prized possession. Sadly, he was the master of self-sabotaging whatever streak of good luck he had going. I'm sure I'm not the only one who can relate to that. Nevertheless, he did leave us with some of the most sublimely beautiful music we will hear in our lifetimes. 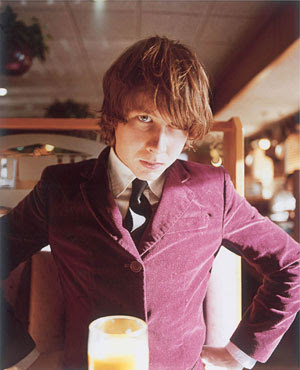 We're going to have a shorty post this day as Mr. Flip-Side and the whole Flip-Side family are traveling in Washington, DC today ahead of the American holidays.
Today's song of the week comes from Greenvile, Texas wunderkid, Ben Kweller. (Regular readers of On the Flip-Side will note that this is our third trip back to Texas. I really need to spread the love to a blue state.) This release comes from 2002 and is the closing track to Kweller's first major label release, Sha Sha.
A friend of mine, we'll call him Jeff, since that is his name, and I both have an eccentric taste in music. At least by today's standards. We dig Blind Blake records and noiserock and the fabulous Pontani Sisters dancing to the dripping wet sounds of Los Straitjackets. And we also both enjoy a beautifully crafted song. It's what allows me to switch between Mel Torme (oh come on, tell me that song isn't cool) and the Dead Kennedys without batting an eye.
This entry of Song of the Week is one of them thar beautifully crafted songs, Falling by Ben Kweller. He was 21 and residing in Brooklyn when he published this nice little piano-based number. The descending piano punches, moody interludes and Beach Boys-like ba-ba-ba harmonies all support a nice set of introspective lyrics.
I hope you enjoy.
Posted by On The Flip-Side at 12:11 PM 2 comments: 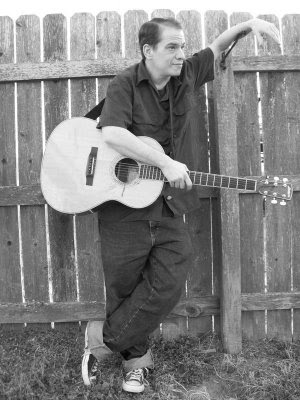 Imagine for a moment, you are traveling alone. It can be anywhere you want. Anywhere in the World. You've been traveling this path for days now. This is a lonesome travel. Not an "ideal vacation" travel. I don't care your mode of transportation. You can be gliding along in a '63 Cadillac, or saddled high upon a palomino, or running on cruise control in your minivan, or walking with a pack on your back. That's entirely up to you. Imagine again, you come over a gentle hill and take in the landscape ahead of you. Nobody is in sight. Your mind fills with a strange mix of emotions: awe, emptiness, a sense of being, loneliness, purposeful, separate, grandeur, insignifigance. Now tell me, where are you? And tell me one more thing, to what are you listening?
Me? I'm in sight of the lonely little town of Austin, Nevada. It's just off of isolated Highway 50, on the Eastern edge of the Silver State. It's just a speck of a town perched on a red, dusty hill and it looks as if it was created by Hollywood set builders making the next great Western film starring Glenn Ford. This is nobody's destination. At least not on purpose. But to be sure, it grabs your attention. And to be sure, at this sight I'm listening to some good old lonesome Western Honky Tonk music. It's a unique form of music. It's American. Nobody else does it and nobody else can. The British can't do it. Nor can the French. They don't have the same history with the Manifest Destiny experience. This is the music of open plains, diesel driven roads, burnt coffee, and beer soaked hardwood floors. This is the music you listen to as you drink to celebrate hard fought memories that keep you going late at night. But it's also the music to which you drink to forget all those other memories. The memories that put you on this lonesome road in the first place.
This is the music of Wayne Hancock. And this is the title song from his 1995 debut album, Thunderstorms and Neon Signs. In one breath, it's celebration; in the next despondence. It's up to you to decide which emotion. "There's a big black cloud blowin' in from the West. I've been drivin' all day, I sure could use some rest. There's a motel up ahead where I can unwind, 'cause I sure do love thunderstorms and neon signs."
Make no mistake, in a world of pretenders, Wayne Hancock is the real deal. Hancock's voice and dusty accent naturally take the listener, to paraphrase the song, to another time. What time that is, I don't know. But it's a voice from the past. A voice you used to know but can't quite pinpoint. It's a voice that says more in the one second of Buddy Holly-like hiccup or off note twang accenting the last gasp of a syllable than most artists can say in an entire album. And the band is first rate. What more does a weary traveler need? A hard slapping upright bass, country-swing guitar runs which impeccably blend that improbable mix of hillbilly and jazz, and, of course, that most lonesome of all the instruments, the pedal steel. A guitar that bends your heart as hard as it bends the gliding notes.
To note, unlike each of the previous song of the week entrants, you can go see Wayne Hancock at your local bar. He's alive, he's touring, and he's damn good.
So, give Thunderstorms and Neon Signs a quick spin and let me know exactly where your imagined solitary-travel exercise took you...and what song you are listening to. Really, I would love to know.
Posted by On The Flip-Side at 9:19 AM 1 comment: