Video Diary: Richard & The Young Lions - Open Up Your Door

From Newark, New Jersey, we have Richard & The Young Lions. The Young Lions were Richard Tepp, Bob Freedman, Marc lees, Norm Cohen, Ricky Rackin and Jerry Raff. Here they are on a Detroit based show from '66. The group of longhairs put out three nice singles. Open Up Your Door with the flip-side of Once Upon Your Smile was their debut and even came with a nice picture sleeve (see below). Both sides are stellar. The follow up was the less brilliant, Nasty/Lost and Found. And then their third and final release was the excellent You Can Make It/To Have and To Hold. The A-side of their swan song remains my favorite of the six cuts the band ever produced. 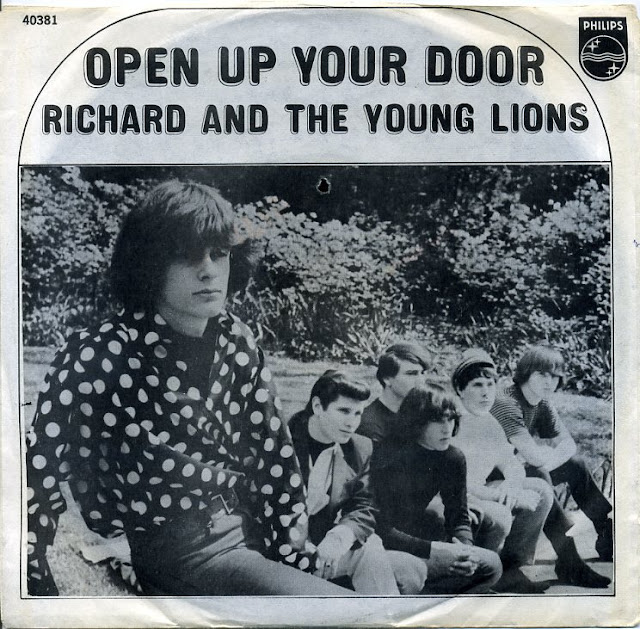 Song of the Week: Kempy and The Guardians - Love For A Price 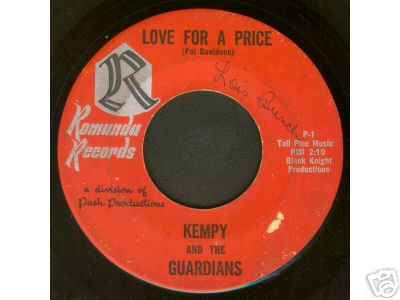 From Oak Cliff, Texas, we present to you today Kempy and The Guardians. The Guardians actually recorded this number, Love For A Price, twice. Both in the fine year of 1966. The first version appeared on the Lucky Sounds Label. In this flipper's opinion it is a fairly anemic version with not much of a lead. Unhappy with their output, the band tried again at a different studio that was more amenable to their sound and under a different label, Romunda Records. Teen guitarist, Dean Brown added the lead on the spot. Here is Dean Brown as interviewed for the website "Beyond The Beat Generation":


"I played on both versions of Love For A Price/Never. At the time of the second recording I had become a big fan of bands like The Yardbirds who had perfected that 'Fuzz Sound'. In addition to my '57 Tele, I played through a Fender Bassman with distortion via my Gibson Maestro Fuzztone."

The other members of the band, in addition to Dean Brown, included: Gary Kempy Rawlings on vocals, Larry Samford on bass, Gary Seals on guitar, and Alan Roth on drums.

Enjoy Kempy and The Guardians' second attempt at Love For A Price. 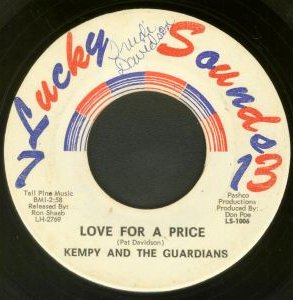