Song of the Week: The Misunderstood - Who Do You Love? 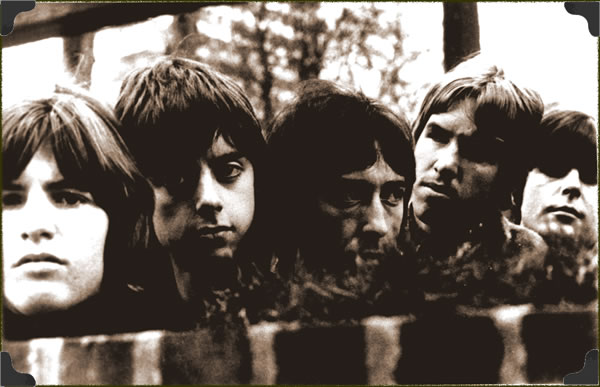 [Editors note: This post has been revised to correct some misinformation in the original post. Clarification on a few points were given by Steve Whiting, bassist for The Misunderstood. He has provided a wealth of information in the comment section below. We Flipsters hope you'll take time to read his illuminating comments.]

If ever a band was appropriately named, it was London, England's, no, I mean Riverside California's The Misunderstood. The band only put out enough singles that you could count them on one hand. And they were only released in the UK. But what singles they are!

The Misunderstood hailed from Riverside, California where they plugged away in southern California clubs with great anonymity. That's when British radio host, John Peel happened into an outdoor performance at the Riverside Mall at which our heroes-of-the-week were performing. (Discerning readers of On The Flip-Side may recall that John Peel has a direct connection to one of our favorite self-penned articles...which can be found here). Peel knew that something great lurked just beneath the surface and convinced the boys to make the trip to London where he would represent them. In a must read of Ugly Things magazine that chronicles, with great detail, the misunderstood story of The Misunderstood, the music fan is left with that all too familiar lament of "what could have been?". Poverty, broken promises, the Vietnam draft, work permit issues, drug use and a general haze of bad luck, left The Misunderstood failing to live up to their true potential.

Not long after the boys landed in the UK, rhythm guitarist, Greg Treadway, heard the potential door knock of the draft and, coupled with the memory of a girlfriend left behind, headed back to the US. Into the void steps British guitarist, Tony Hill. Hill and the Yanks only record 7 songs together. Four of them produced as singles for Fontana Records. Those were: Children of the Sun/I Unseen and I Can Take You To The Sun/Who Do You Love? It is no understatement that all output in London are of thee highest quality. Each song is better than the last one to which you just listened and each demonstrates great songwriting ability, musicianship and singing. Our song of the week is the startlingly original cover of Bo Diddley's Who Do You Love? 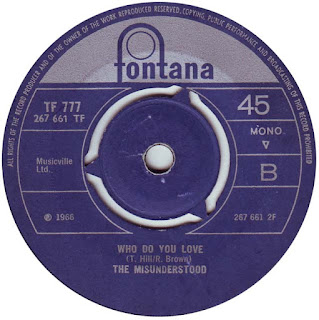 The Misunderstood's massive re-imagining of Who Do You Love opens with a descending riff played by bassist Steve Whiting while lead guitarist Glenn Campbell (no, not that Glen Campbell) plays a gentle ambient riff on his pedal steel. He is then joined by guitarist Tony Hill just before the band explodes into the first verse. Campbell's virtuosity on the pedal steel is at play throughout the entire song, but nowhere better than when the band dials it down during the musical interlude and Campbell's slide guitar work interfaces beautifully with Hill's chordal fills. As he did on all songs the band recorded, bassist Steve Whiting drops some amazing bass lines that give the song a beautifully articulated bottom (regular readers know that here at Flip-Side's Rocky Mountain HQ, we love well articulated bottoms!). Drummer Rick Moe controls the band's manic energy that vacillates between the tranquil and the violent. And then, not to be outdone, there was the growl of singer Rick Brown who had the chops to front a band of such dynamic quality. If you ever get a chance to hear him belt it out in Find The Hidden Door, then you know what I'm talking about. The highlight of the song, for this flipster, is at the end of the verse directly following the music break [at 1:44]. That's when Rick Brown and Glen Campbell "duet" on the line, "Now tell me, who do you love?". Those three seconds of vocals and slide guitar float together in the dark, open void of the song like a ship sailing off the end of the world.

In the end, it was the end. The band dispersed into the sunset, riding their own ways. Glen Campbell went back to Riverside where he kept busy in the music biz. Others found their way towards spiritual quests high in the Tibetan mountains. Others found themselves in the Navy stationed in Alaska (presumably he could see Russia from his front door). All in all, they went about life.

For a great, must read article on the band, I strongly suggest you take a look at Mike Stax's definitive work in Ugly Things #21 from 2003 and even plunk down a few dollars on The Misunderstood's Lost Acetates CD or LP available from UT.

Last, it kills me that this band gets tagged as a British band (I'm talking to you Rhino Records!). This band is from California, with a great musician in Tony Hill hailing from the UK. Just clearing up some misunderstandings of The Misunderstood (with a little help from Steve Whiting and Mike Stax).

Posted by On The Flip-Side at 1:56 PM No comments:

Song of the Week: "Someday, One Day" Dale Hawkins 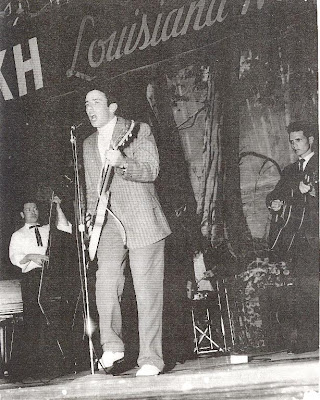 Listen - Dale Hawkins performs Someday, One Day
Dale Hawkins is best known for three things: 1) he wrote and recorded the ubiquitous Susie-Q, 2) his lead guitarists included the mega pickers, James Burton and Roy Buchanan, 3) he is the cousin of Ronnie Hawkins whose band, The Hawks, soon left Ronnie Hawkins to back a kid named Bob Dylan and then would change their name to The Band and make a good record or two on their own.
Today's SOTW is a little song that comes just two short years after the Louisiana rockabilly star scored big with Susie-Q in 1956 with a 17-year old James Burton laying down one of the most familiar guitar riffs ever. But by the time Hawkins traveled north to Chicago to record his composition, Someday One Day, Burton had moved on to back TV star Ricky Nelson. Into the void stepped another young guitarist, Roy Buchanan.
Someday, One Day is a dreamy little song that takes its time nicely. Backing vocals from band members Mark Mathis and Dean Mathis and beautiful vocal interplay with singer Margaret Lewis make for a wonderful bed for the wistful song. And then there are the guitars. Buchanan plays the lead through a Leslie Speaker (a swirling speaker designed for organs), giving the guitar that distinctive drips and drops of water sound. The song vacillates between the gentle longing rumba and the gritty rumba music breaks.
This little song is pretty far off the radar, even for rockabilly fans. I hope you enjoy.
Posted by On The Flip-Side at 7:23 AM 5 comments:

Song of the Week: "The Family Gardener", Jeff Tweedy 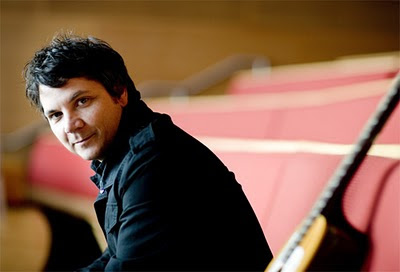 Listen - Jeff Tweedy performs The Family Gardener
I love this song. And this little whimsical performance most of all. It was recorded in a small room somewhere in the Pacific Northwest with some guy who I am familiar with. It came as an extra download on the DVD of Sunken Treasure Live in the Pacific Northwest. Jeff Tweedy first performed this as part of the collective, The Minus 5. But their version of Tweedy's The Family Gardener is, in my opinion, over produced. Here Tweedy's guitar is brought to the fore and we can hear the quizzical words interplay with the instrument nicely. Again, I don't know who the other guy is (the one in the right channel), but I like his harmony.
Below is an abstract from the DVD with Family Gardener and Satan, Your Kingdom Must Come Down. Enjoy.
Posted by On The Flip-Side at 3:29 PM 2 comments: 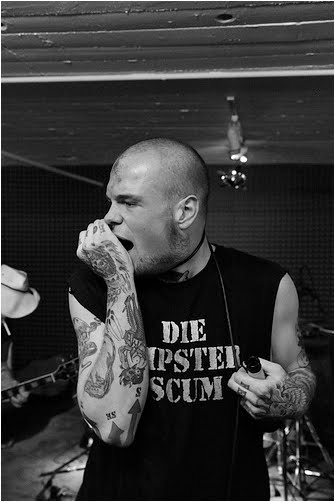 Some of you will recall that my very first busker recording was of Jesse Morris. He performed Cocaine Blues and after I played it back for Flipside Central and West it was decided that I should move ahead with recording and publishing local street musicians for our audience. Now although I've come across many buskers since that day (and let you all hear a good many of them) Jesse stands out as one of my favorites. And although I've seen him from time to time, I've not had the opportunity to hear him since those first days.

That all changed a week ago Tuesday. He was back and clearly many commuters were as happy as I was to see him. As promised I put forth a listener request to Jesse, Fang's The Money Will Roll Right In. Not only was Jesse very familiar with this tune but he had recently opened up for Fang at a local benefit concert. He did an excellent punk turn rockabilly version of the song for the benefit of all lucky to be making their evening journey elsewhere at that moment.

Copyrighted photo courtesy of Bill Cendak. You can see more of his photos here.
Posted by Flipsider at 10:30 AM 7 comments: