Video Diary: The Who, "Live at the Railway Hotel"

The earliest footage of The Who, here as The High Numbers, that you can find. Keith Moon is 17!
Posted by On The Flip-Side at 6:48 AM No comments:

Email ThisBlogThis!Share to TwitterShare to FacebookShare to Pinterest
Labels: railway hotel, The High Numbers, The Who

Song of The Week: The Dynamics -- Misery 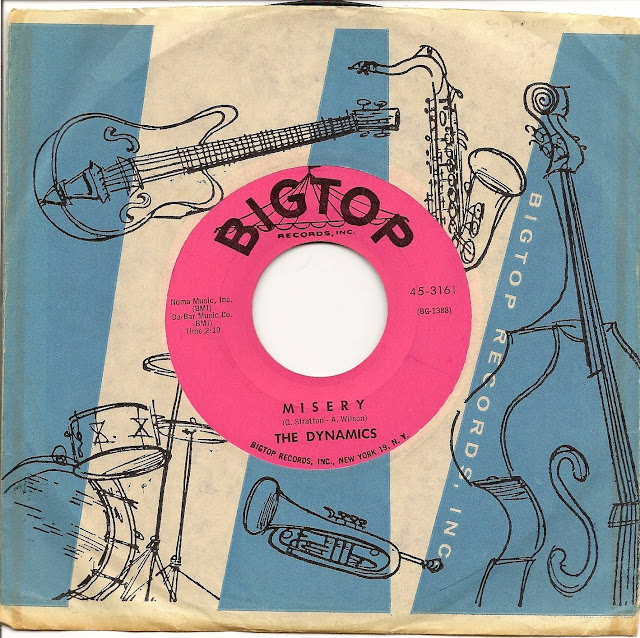 Please see the comments below to learn more information about this song from the guitarist who performed on this number, Chris Bramlett.

What a nice little gem we have for you today. Even if you are a big-time music collector, I bet most of you are not familiar with this song. But, it might, just might, sound familiar. That's because this song, Misery, was the subject of some pretty blatant plagiarism by Pete Meadon. He being the one-time manager of The Who.

Back in 1964, Pete Meadon briefly changed the name of The Who to the High Numbers in an effort to get them bigger with the mod movement in London (being a High Number meant that you were of some importance in the gang). In June, Meadon and Chris Parmeinter took the band into the studio to cut some self-funded tracks that would have a very limited 1000-run pressing on Fontana Records. The lads recorded 4 tracks that day: Eddie Holland's Leavin' Here, Bo Diddley's Here 'Tis, and Zoot Suit and I'm The Face. The latter two songs were credited to Meadon who, in another effort to get in with the mod movement, wrote lyrics which spoke to the mod experience. I'm the Face is a not so subtle rip-off of the oft-covered Slim Harpo number, Got Love If You Want It. Zoot Suit, a not so subtle rip-off of today's song of the week. It is unlikely that Pete Townshend even plays on Zoot Suit, but rather that a studio musician brought in by Meadon and/or Fontana plays the jazzy guitar riffs. To be blunt, the sound, style and quality of performance are not Townshend at all. In Dave Marsh's book, Before I Get Old: The Story of The Who, Marsh refers to Townshend's style and makes no mention of a studio musician. However, on the liner notes of Odds and Sods, Townshend says of the studio musicians on these High Numbers tracks: "Superb jazz guitar solo from somebody I don't recognize, fast piano from some pilled-up lunatic who probably made more in session fees that day than we did from the ensuing year's work." In Pete's new auto biography, he says he played on the session but that the work shows his style was not fully formed yet. You decide.

But that is not our SoTW, Misery is. In 1963 a Detroit band called The Dynamics sauntered into the studio to record this nice cross-genre song. This is just one of those great songs that surprises me. The catchy guitar riff never seems to fit the rest of the song -- in a VERY good way. The singer's temporary falsetto always catches me off guard and the sax solo is a surprise considering how dominant the guitar is in the rest of the song. And then there's the exit vocals. "No-no!" How frickin' cool.

Video Diary: The Kinks, "Till The End Of The Day"

Email ThisBlogThis!Share to TwitterShare to FacebookShare to Pinterest
Labels: the kinks, till the end of the day, video diary 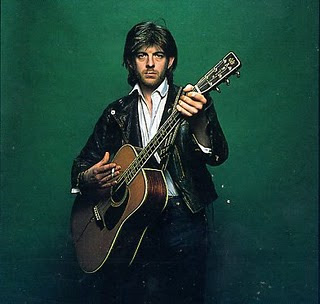 Listen - Nick Lowe performs Endless Sleep.
Here is a gentle, beautifully restrained song that is as somber as the winter solstice night is long. And we're talking a Greenland winter solstice night! This song, Endless Sleep, is from Nick Lowe's debut album, 1978's Jesus of Cool (poorly renamed Pure Pop For New People for the puritanic US Market).
It's a busy day for me, and, let's be honest, the song says everything that needs to be said. Thus, no more words. Enjoy over a beer in the dark of night. Blue light and incense optional.
The flipsters.
Posted by On The Flip-Side at 7:59 PM 4 comments:

Email ThisBlogThis!Share to TwitterShare to FacebookShare to Pinterest
Labels: making time, The Creation 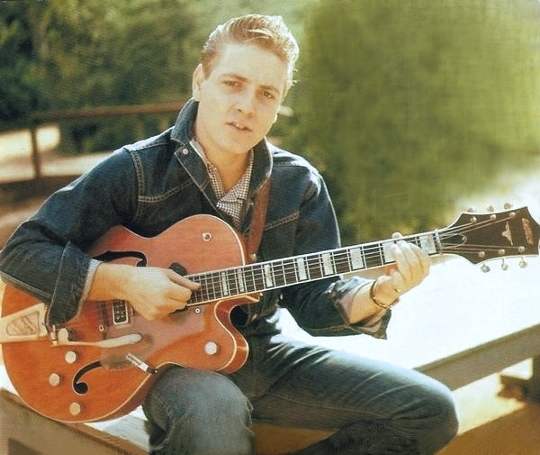