Song of the Week: "The Man You'll Be Looking For", The Tages 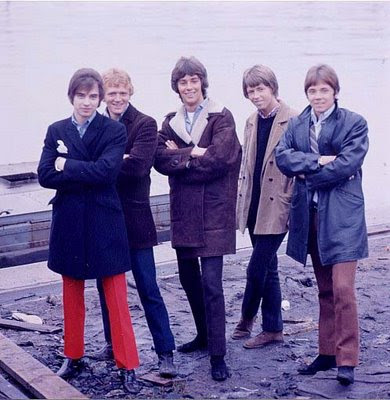 Gosh darn it. I'm sorry for missing our regular Monday installment of Song of the Week. And I'm almost as sorry to tell you that I don't have much time to get to it today. I am posting a lovely song, but no pithy comments. Boo Hoo.
So, our SOTW this week comes from Stockholm, Sweden. Sometime around 1966, these cats who called themselves The Tages recorded a groovy bass heavy song called The Man You'll Be Looking For. Anyone who knows me knows that I love me the sound of an aggressive bass. Mmmmm! And this one has a bottom so big that it would make Sir Mix-A-Lot fall in love.
Also linked is a wonderful little radio interview with some unga Svenska flicka who gushes over her love of the song, saying, and I quote: "de gummistövlar göra mina bröstvårtor rött". I couldn't agree with her more.
So, please have an enjoyable listen to The Tages' Man You'll Be Looking For and then click on the Swedish radio interview on the left. Or do it in the opposite fashion. I don't care.
Yorgada torgada bungada!
Posted by On The Flip-Side at 10:59 AM 6 comments:

Song of the Week: "Chicago", The Phantom Brothers 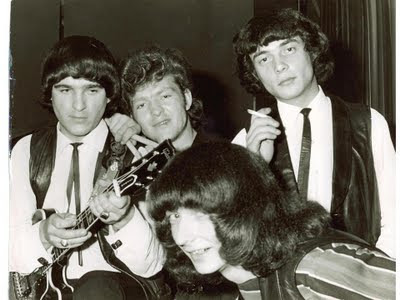 Nope, that's not the forefather of the Ramones in the front of the picture. It's the singer for The Phantom Brothers, a Hamburg Germany area band from the mid-60's. Here they perform their "hit", ba-ba-ba-ba...Chicago.
Posted by On The Flip-Side at 10:28 AM No comments:

Email ThisBlogThis!Share to TwitterShare to FacebookShare to Pinterest
Labels: Chicago, The Phantom Brothers 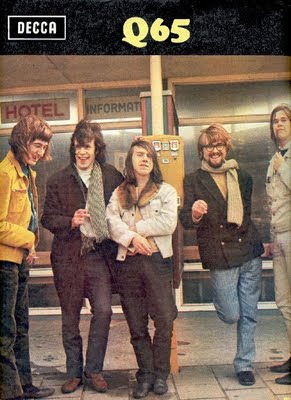 Listen - Q65 perform Cry In The Night
What we have here is a prime example of why we call this blog, On The Flip-Side. This song is the flip-side of the Q65's second single. But unlike most singles, whose flip-side we praise, this one actually had a great A-Side too. The A-side is called The Life I Live. But today we celebrate, what else, the flip-side, which is the raver, Cry In The Night. Q65 hailed from Holland and gained a hard earned reputation as a rough and tumble band willing to fight it out on stage and off. We wrote about them before when we featured their quirky song, I Got Nightmares. If you want to know more about them, check out that article which can be found...here. Until then, enjoy day 2 of our look at mainland Europe garage bands from the 60s.
Posted by On The Flip-Side at 7:42 AM 3 comments:

Song of the Week: "Back Home", Cuby + The Blizzards 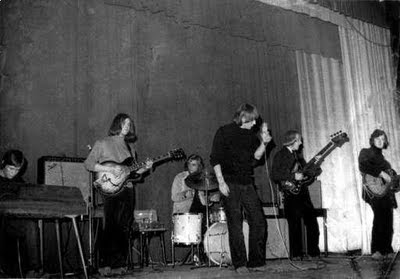 Listen - Cuby + The Blizzards perform Back Home
We'll take a look at mainland Europe garage bands all this week. Here is our all time favorite song out of Holland. It is the original composition, Back Home, by Cuby + The Blizzards who make a second showing on these pages (the first was their earlier single, Your Body, Not Your Soul).
I said a ton about the band in the previous post so I'll stay quiet here other than to say that Eelco Gelling's guitar work on this song is inspirational.
Posted by On The Flip-Side at 11:43 AM 2 comments:

Song of the Week: "Mr. Pharmacist", The Other Half 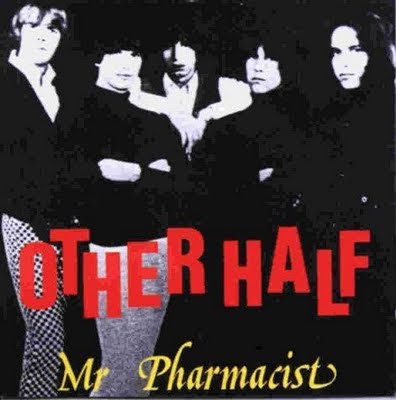 Listen - The Other Half perform Mr. Pharmacist
Los Angeles 1966. I would have loved to been there at that time. Love, Byrds, Doors, Chocolate Watchband, Standells, Sons of Adam all playing the strip. Add to that, The Other Half. Here they are doing their original, Mr. Pharmacist. Jeff Nolan, the singer, wrote the song, Randy Holden doing the great guitar work.
Posted by On The Flip-Side at 7:00 AM 5 comments:

Email ThisBlogThis!Share to TwitterShare to FacebookShare to Pinterest
Labels: Jeff Nolan, Mr. Pharmacist, Randy Holden, The Other Half

Song of the Week: "Hey Little Bird", The Barbarians 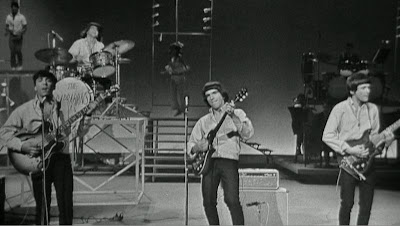 From Cape Cod, Massachusetts, come The Barbarians. They are probably best known for their two later songs, Are You A Boy Or Are You A Girl and the novelty song, Moulty, an auto-biography of their one-armed drummer (waaaaay before Def Lepperd thought it would be cool to have a one-armed drummer!). But this is their first, excellent foray into record making. The song is Hey Little Bird and it dates to 1964. The boys cut it for Joy Records. And it was a massive flop. But believe it or not, the boys actually performed the song live on TV. It's not as good as the record, but cool to see. The clip is below.

Song of the Week: "No Friend of Mine", The Sparkles 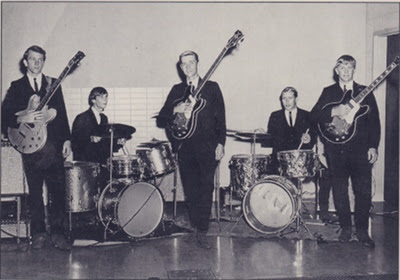 Listen - The Sparkles perform No Friend of Mine
Lubbock is, of course, home to one of the all time greats, Buddy Holly. But the west-Texas town produced another great band that actually started playing the same time as Holly and his Crickets, The Sparkles.
The Sparkles changed line-ups a bazillion times. It was the 1967 line-up that drove to the same Clovis, New Mexico studio that Buddy Holly recorded his stuff at to record their original song (written by their manager), No Friend of Mine. The song was released on the eclectic Hickory Records label. No Friend of Mine is one crazy, snarly song with classic "don't dare me" styled lyrics. Many of which are, shall we say, hard to decipher. But whatever they are, they are telling the listener that they are not going to stand around and pull their hair out, because, woman, you ain't no friend of theirs.
Side note, Pittsburgh's king of snarl, The Swamp Rats, actually covered this song and released it as a single the same year. It's also a great version.
Posted by On The Flip-Side at 9:22 AM 3 comments: