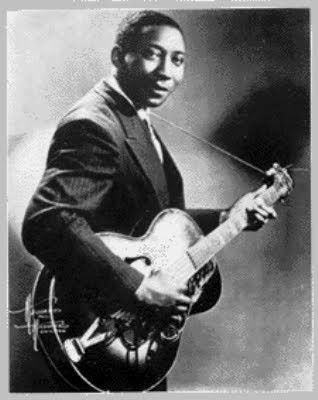 Listen - Muddy Waters performs Burr Clover Farm Blues.
On a sweltering hot morning in 1941 a large, green Buick Century rolled out of Yazoo City, Mississippi around 8am. Just like it had done for three weeks now, the large sedan with Washington DC plates cut out through the Mississippi Delta on a mission. Enola. Patosi. A brief stop in Holly Bluff for a cup of coffee and the obligatory question that defined the mission. The car turned onto Mclaurin Street past the dusty farm town of Rolling Fork, Mississippi and turned north on highway 61 towards Clarksdale.
It was almost noon when the two occupants -- one white, one black -- pulled into a small store called the Stovall Commissary. It was run by the one farm in town that employed everyone, housed everyone, sold the only goods available, doubled as the post office and served the only liquor for miles around at the on-site juke joint. It was the Stovall Plantation. The drivers of the car walked inside, their hard soled shoes making an echo on the wooden floor. The man behind the counter eyed the strangers closely as the clerk asked if he could help them. "Well, we're hoping maybe you can. You see we're looking for man goes by the name of Robert Johnson," said the caucasian man. "A blues musician who cut some records a couple-few years back. Said to be from these parts," added the other passenger. The clerk thought for a second. "I don't recall no Robert Johnson 'round these parts, no sirs."
The two strangers already knew the answer. It was the same they got wherever they went. The clerk continued. "What'cha looking for him for? He owe you money or something?" The visitors gave a polite chuckle and said "no, nothing like that. It's just that we're from the Library of Congress up in Washington DC, and we're making field recordings of blues musicians from around these parts." The clerk livened up a bit. "Well, sorry I can't help you with old Mr. Johnson, but we've got some pretty good musicians here on Stovall. Guitarists, fiddle players, you name it. Doing some playing tonight. Y'all ought to stay and listen. And maybe somebody know your fellow that you are all looking for."
It had already been a long day and the two visitors took him up on his suggestion. They checked into separate rooms above the Commissary and waited for the night to fall and the heat to abate. When the work day was done the Commissary began to fill with workers cashing their checks on this sweltering Friday evening and drinking grape Nehis. The two wanderers came down and began to ask their question of Mr. Johnson's whereabouts. Some knew him. Some claimed to have seen him just a few months ago. Others said the kid was dead. One even claimed to be Robert Johnson himself. Another dead end. Then a tall balding man with a dirty white shirt and suspenders sat down and began to play the fiddle. When he was done with the first song, one of the historians asked the musicians name. "Son". "Son House?" asked the historian. "No. Son Simms" was the response. "You play with anyone? A guitarist or a singer?" Of course he did. He sent a young boy down to a ramshackle house to go get Simms' friend and musical partner. "And tell him to bring his guitar" was Simms final call to the kid. Not long after a powerfully built young man with sleepy eyes and a devilish smile walked slowly onto the long porch. He wore white shoes and a long sleeve black work shirt. He held in his right arm a wood and steel National guitar. "What's all the hub-bub, Son?" "These here men are from Washington DC, they want to hear some music."
The guitarist sat to the left of Son Sims and looked at the ground for a bit. "How 'bout we do Burr Clover Farm Blues?" The guitarist had clearly been studying at the proverbial feet of Robert Johnson and elder-statesman Son House. The style was undeniable. But the lead lines on the guitar were more stark and boiled down to the core melody of the song. The two historians smiled broadly to each other now. They hadn't found Robert Johnson, but they had something here on the Stovall Plantation. "I'm sorry," said the caucasian historian, Alan Lomax, "but I don't think we got your name." "They call me Muddy Waters" was the short response. The historians asked if Muddy Waters would come over to the back of their car. He warily followed the men to the back of the Buick where they opened up the trunk to reveal a 300 pound "portable" recording machine. "You think we could record that song you just did?" asked the black historian, John Work III. Muddy Waters sat down with his friend Son Simms now picking up a 2nd guitar. The field historians asked everyone to please be quiet. Pressed a button and counted down to Muddy Waters. Waters began to play his own composition, the first recording he would ever make.
Posted by On The Flip-Side at 9:18 AM 1 comment:

I've been hitting the hardcore vinyl this week pretty hard. Here is a stew of a few of my favorite San Francisco area hardcore bands from the late 70's early 80's.
The Avengers, one of San Francisco's first punk bands, perform We Are the One recorded live at the Masque in 1978.
Flipper performs Sex Bomb. Recorded in 1982 on cable access. I loved these guys. Nobody else I knew did. Go figure.
Dead Kennedys perform Too Drunk to Fuck. Recorded live at Mabuhay Gardens in 1980.
Fang performs The Money Will Roll Right In recorded live at The Farm, 1986 (I'm in the audience on this one).
Have a good weekend.
Posted by On The Flip-Side at 8:32 AM No comments:

Email ThisBlogThis!Share to TwitterShare to FacebookShare to Pinterest
Labels: 924 gilman, dead kenedys too drunk to fuck live, fang the money will roll right in, flipper sex bomb, mabuhay gardens, The avengers we are the one, the farm, the masque 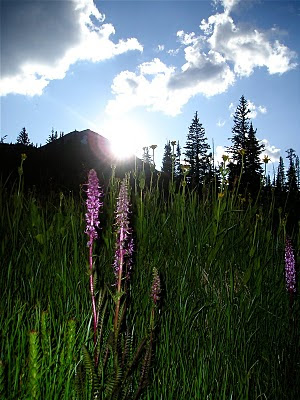 I've stepped outside of my BART-centric mentality recently.  For example, a couple weeks ago I recorded some music at the Saturday Berkeley Farmer's Market, a venue crawling with great street music. (I'll post one of those in the coming weeks.) For now I want to draw your attention to a duo I recorded at the 4th street shopping district in Berkeley. Musicians play at one locale in this place, basically just next to the Peet's Coffee patio. I heard these guys harmonizing nicely as my wife and I pulled in to park, so naturally I pulled out the recorder and proceeded to abstain from shopping. The guys obliged most kindly with several songs. Here's a song written by the guitarist Bill Davies called Morning. Bob is on the mandolin and they go by the name Mountain Fire. Enjoy!