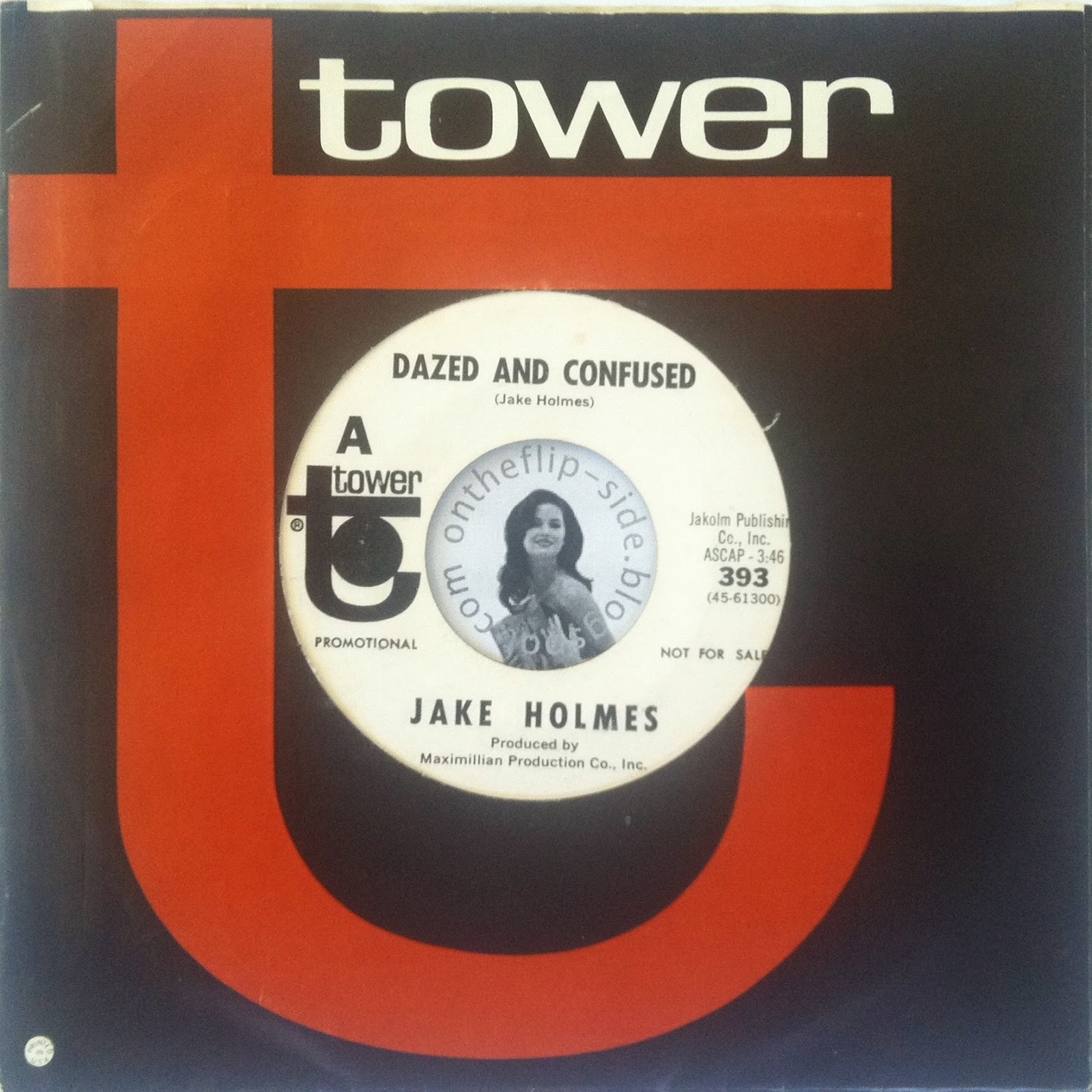 It exists! No, despite what he says, Jimmy Page did NOT write Dazed and Confused. Not one single part of it. He got the writing credit, he got the royalties, But Jake Holmes wrote the song and released it on Tower Records well before Zeppelin stole it. I already wrote about this extensively here in one of my Led Zeppelin song etymology posts, so I'm going to regurgitate a little of that. An update to my earlier post, Jake Holmes has filed a lawsuit against Page and his publishing company. That case, I believe, is being dealt with now.
###
On August 25, 1967, The Yardbirds (of which Page was now a member) performed at the Village Theater in New York. A little known folkie named Jake Holmes was touring in support of his 2 month old album, The Above Ground Sound of Jake Holmes on Tower Records, and was the first act on that bill. The Yardbirds' drummer, Jim McCarty was the only member of the Yardbirds to catch the act that night. According to McCarty he purchased Holmes's new record the next morning at the House of Oldies Record Store in Greenwich Village and suggested to his bandmates that they cover Dazed and Confused (1967 ASCAP copyright, 340119544). The Yardbirds collectively did a slight arrangement change for the song -- adding a middle bridge and Keith Relf rewriting some of the lyrics -- and the song became a staple of the Yardbirds' set in their waning days. They performed it on their never released Yardbirds Live at the Anderson Theatre album, on the BBC and on a French TV show called La Bouton Rouge. 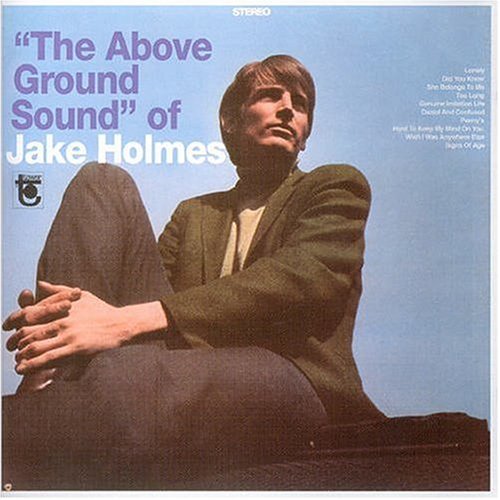 According to Jake Holmes, he had no idea that the Yardbirds had been covering his song and learned about the Led Zeppelin version only when it appeared on wax with the writing credit going singularly to Jimmy Page (ASCAP copyright, 1968 340128276). Holmes: "Yes, yes, and that was the infamous moment of my life when Dazed and Confused fell into the loving hands of Jimmy Page." (source: Greg Russo. Yardbirds: The Ultimate Rave-up). Jimmy Page was pressed on this matter sometime in the '70s and then claimed that he never knew of Holmes's version and that the deceased Yardbirds singer Keith Relf had claimed to have written the song and gave Page permission to claim it as his own. McCarty: "He's [Page] a fibber. We'll have to bust him on that one." (ibid)

Rumors have swirled for years that Jake Holmes was quietly compensated many years later by Page's Swan Song Publishing as they fended off legal action. Neither Holmes nor Page have, to my knowledge, spoken publicly about the matter since. Rumors have also swirled for years that Jimmy Page and Atlantic Records purchased the rights to The Yardbirds Live At Anderson Theatre album and had it withdrawn from publishing, ostensibly to suppress the earlier version of Dazed and Confused which credits Holmes and thus would prove Page's knowledge of the song's origination.

Things haven't been all bad for Jake Holmes. He went on to be one of the most successful advertising jingle writers in America, penning such tunes such as Be a Pepper, Alka Seltzer's Plop, Plop Fizz, Fizz and the Army’s Be All You Can Be.