Tower Records Spotlight: Max Frost and the Troopers - Shape Of Things To Come 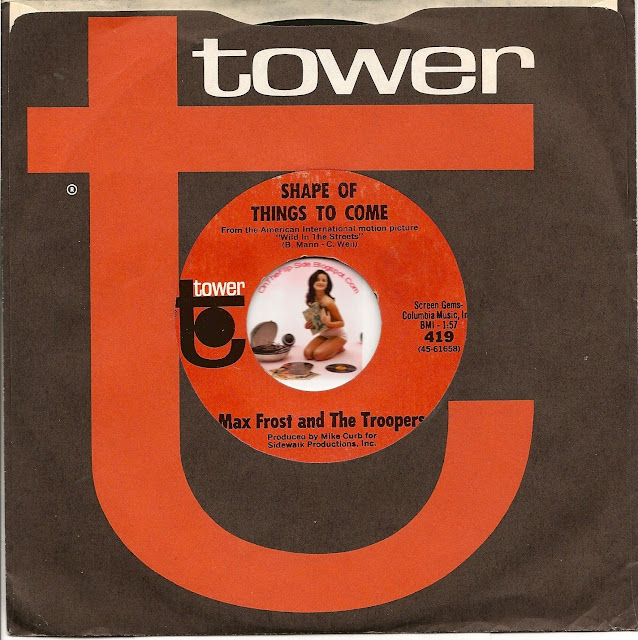 Our last Tower Records post is from May, 1968 and is from a fake band. That's right, Max Frost and the Troopers was/were actually a character(s) from a movie called Wild In The Streets. Max Frost was the protagonist and he sings his revolutionary song, Shape Of Things To Come, in defiance of the police state he fights against. Written by the tin-pan alley team of Barry Mann and Cynthia Weill (you've lost that lovin' feelin', kicks, on broadway, We Gotta Get Outta This Place....) 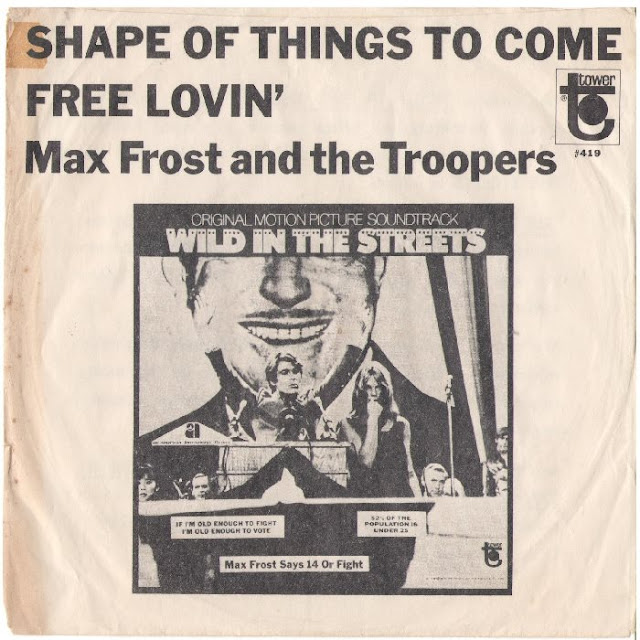 Email ThisBlogThis!Share to TwitterShare to FacebookShare to Pinterest
Labels: barry mann, cynthia weill, mann-weill, max frost and the troopers, shape of things to come, wild in the streets