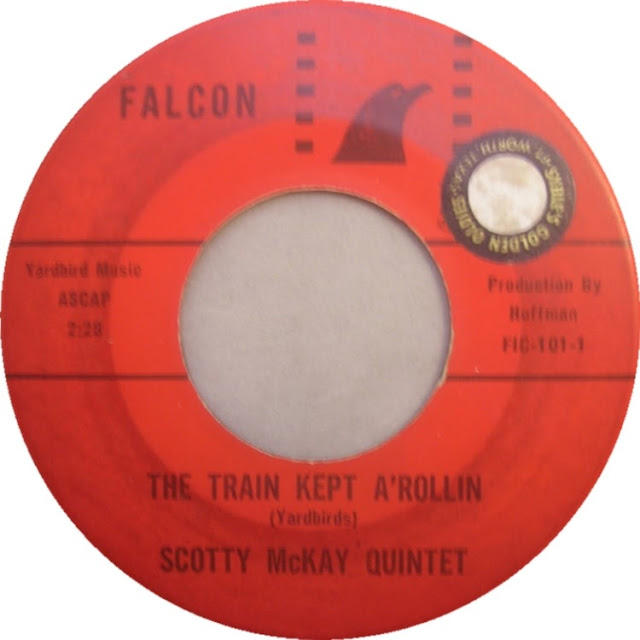 Scotty McKay was a Texan who had been trying to make it in the music biz since he was 15. He was even a member of Gene Vincent's Blue Caps in the twilight of the 1950s. He released a gaggle of singles on various labels without much cohesive identity. In 1967, Scotty Mckay served as an opening act for The Yardbirds on some Texas dates. He was inspired by The Yardbirds and was befriended by Jimmy Page. The two cooked up plans to record The Train Kept A-Rollin' together, but Jimmy's train kept a-rollin' on the tour and couldn't make the session. Scotty went ahead with his recording and sent the master tape to Jimmy Page who overdubbed a guitar lead and mailed it back to Scotty. Problem was, Scotty had no record deal. So he released the number on a new label he created himself. Falcon Records. It's a faithful and nice rendition of The Yardbirds version and Jimmy Page adds some very tasty guitar work to lift the number to a higher level. Too bad the song fades out with Jimmy's lead. What's up with that?