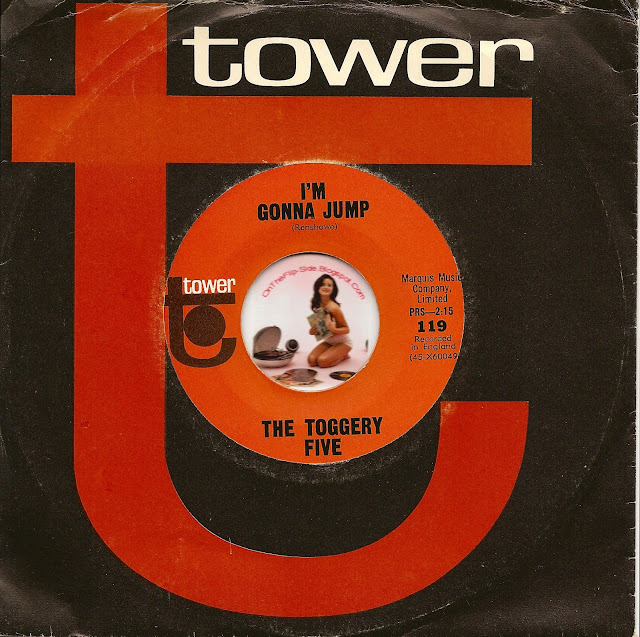 Another great double sided gem on this post. Today's Song(s) of the week are given to us from the Toggery Five, a Manchester based band named after a mod clothing shop which employed one Graham Nash of Hollies fame. He went on to do other stuff, but I'm not too sure what.

The Toggery Five were led by guitarist and vocalist, Frank Renshaw who was joined by Keith Meredith, Ken Mills, and Graham Smith. A wee-lad named Paul Young (he of the 80s blue eyed soul hits) rounded out the quintet. Today's songs are from their debut single recorded on Frank Renshaw's birthday and released in the Summer March of '65 in the United States. The songs are a Frank Renshaw original, I'm Gonna Jump, about a lovelorn and love scorned lad contemplating taking a leap off a Manchester bridge into the chilly River Irwell. The Flip-Side (we like flip-sides) was a cover of Sonny Boy Williamson's Bye Bye Bird. A song also covered nicely by the Moody Blues at about the same time. The double sided gem was released in the Summer of '65 on Parlophone and even saw a US release on the legendary Tower Records. [Note that Renshaw's name is misspelled on the US release.] The US pressing has become quite a coveted single, and for good reason. Both songs are wickedly good. I'm Gonna Jump being the superior and, quite frankly, one of the best of the garage singles to come out that year. Despite having the very talented Paul Young in the band, Renshaw takes the lead on both of these numbers as Young had just joined the band a few weeks or months prior to the recording session. For more about the band, check out Frank Renshaw's webpage for The Toggery Five. Until next time, we'll see you on the flip-side. 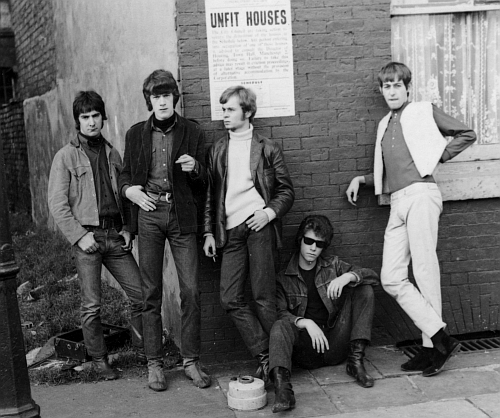