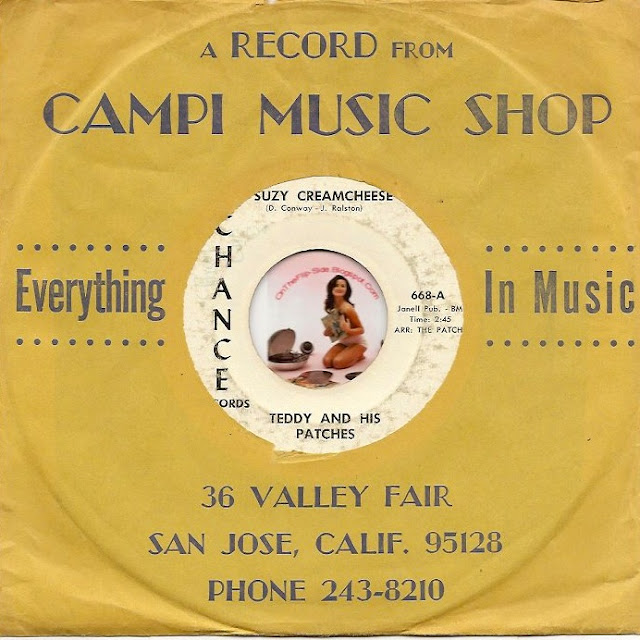 Day five of our Nor Cal Battle of the Garage Bands has the flipsters spinning both sides of a 1967 single that can only be described as brilliantly depraved.

The record is Suzy Creamcheese which was comped on Pebbles Vol. 3. That's where I first heard it. Not long after I heard it on the low-fi Pebbles comp -- and had it indelibly etched into my memory -- I found the dang record in a little strip mall record store in Sacramento, CA. I recall turning that thing over in my hands time and time again trying to comprehend what I was holding. It probably cost me a buck. Maybe two. Check out the picture, it even came with what I assume is the original paper sleeve from Campi's Music Shop in San Jose. All the way from the Valley Fair Mall. Way cool to a vinyl geek like me.

At the time of my find (1984?) I didn't know much about Teddy nor any of his Patches, but time and the internets has shown the band was fronted by singer Teddy Flores. Teddy, it would seem, had a patch over one eye (the one he apparently lost to cancer as just a wee depraved singer). Suzy Creamcheese and From Day to Day were each written by the keyboard player, Dave Conway. According to an interview in 60sgaragebands.com, the remaining members were Steve Marley on drums, Steve Urbani on bass and Bernie Pearson on guitar. Here is Steve Marley as interviewed by 60sgaragebans.com:


...[the] recording was done at TIKI Studios on 17th Street in San Jose.....'Suzy Creamcheese,' was recorded live in the studio on a four track Ampex, without overdubs. The psychedelic whoops heard on the track were part of the live recording, with Teddy moving from a studio mic to a hand held PA mic that was plugged into an old Fender tape-loop echo feeding back through a PA monitor. The whole thing was recorded without a single overdub or edit...and in just three or four takes total. That record received considerable airplay in California, thanks to helpful independent radio stations and actually charted #1 in Salinas/Monterey and Santa Maria/San Luis Obispo.

I took my load of 7 inches back to the record store at which I worked in a nearby town and spun this gem for all to be subjected. Suzy Creamchee starts with a trippy intro (with a Mothers of Invention reference) which gives way to a pounding beat and a heavy organ. Soon it gives way to a swirling, echo drenched rave-up with space noises and manic drumming. And then the coolest part...it all breaks down to a slow, two chord organ riff as Teddy entices us take a trip on his mind. Then I flipped it over and, for the first time, heard the great Flip-Side, From Day to Day. Damn near as cool. Maybe cooler. I'm not sure. Discuss. Very low-fi.

The funny thing is, sometimes you hear these records and you think, "damn, those guys must have been wild! Hipper than hip." And then you see their picture. 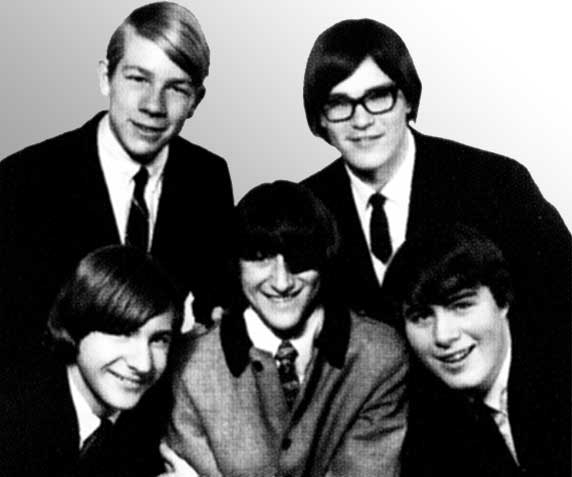 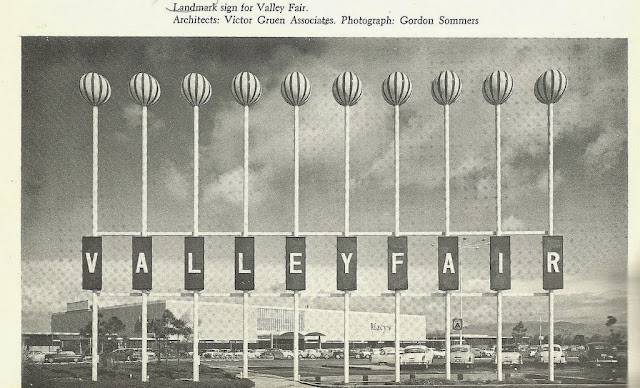