R.I.P. Phil Everly -- The Everly Brothers - The Price of Love/It Only Costs A Dime 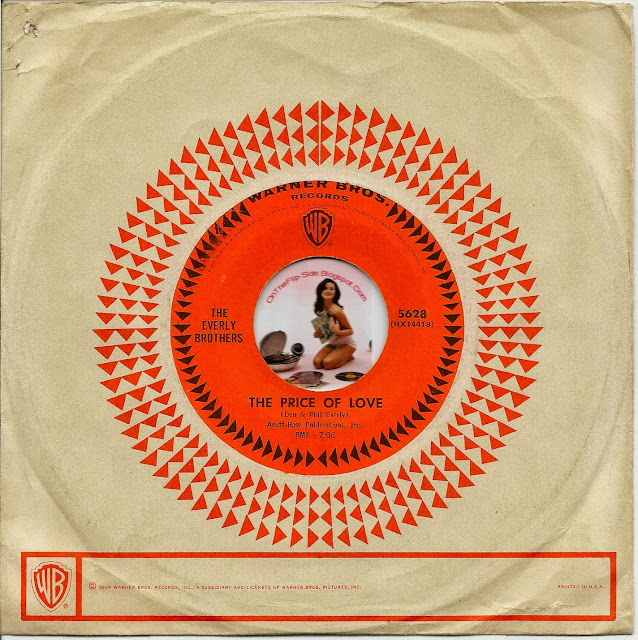 The Price Of Love
It Only Costs A Dime
R.I.P. Phil Everly.

May, 1965. The kids in America were no longer yelling "The British Are Coming." Like Hugh Grant in the back of a rental car in West Hollywood with a $20 hooker, the British had already come. The Rolling Stones, The Animals and The Beatles ruled the airwaves. Some Bluecoats like the Beau Brummels and Paul Revere and the Raiders kept their head slightly above the rising tide of Liverpudlians and the likes. (every non-American is now going..."WTF is a  'Bluecoat'?"). Some Americans picked up a guitar and joined the party. But others got washed under. That was the case with The Everly Brothers. Nobody wanted to hear their parents' musicians harmonizing politely. The Everly Brothers were as useful as Hugh Grant's mea culpa.

But that didn't stop Don and Phil from making 100% great music. The Price Of Love was released in May of 1965 on Warner Brothers Records to a giant yawn. But, in our opinion, this is one of the finest songs the Brothers ever wrote and recorded. It's more rocking than most Every Brothers compositions. Baritone guitar, wailing harp and snotty attitude. The Flip-Side, It Only Costs A Dime, is more traditional Everly Brothers fare. Scorned lover, sweet harmony and clever lyrics.

Enjoy both sides of the single. Until next time, we'll see you On The Flip-Side! 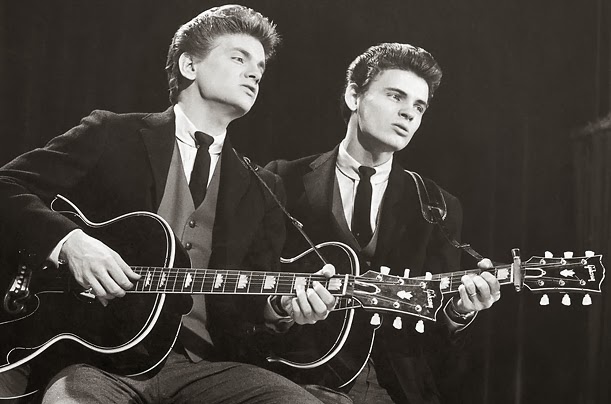 Email ThisBlogThis!Share to TwitterShare to FacebookShare to Pinterest
Labels: divine brown, don every, hugh grant, it only costs A dime, phil every, R.I.P., The everly brothers, the price of love, warner brothers records