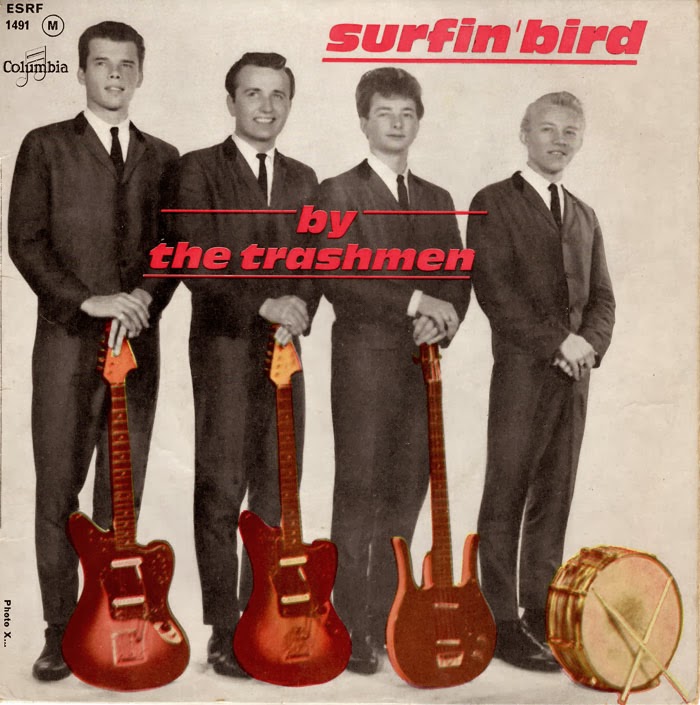 We still have soooo much Minnesota garage rock we want to spin that we think we'll go ahead and take it through the weekend and maybe even into the early part of next week. But today is Friday and that means we need a good "party song". They don't get much better than this pre-Beatles raver from Minneapolis.

The Trashmen were a surf band from Minneapolis who combined two songs from doo-wop group, The Rivingtons, to form one song anew. That Trashmen song would become known as Surfin' Bird. Surfin' Bird was released on the local Garrett Records label (this was only their second release for the short-lived label) and distributed by Minnesota label, Soma Records, in November of 1963. The earliest Garrett Pressings give songwriting credit to drummer and frenzied singer, Steve Wahrer (see the scan of my brutalized copy below), but a legal threat gave the Rivingtons back their due credit and royalties. 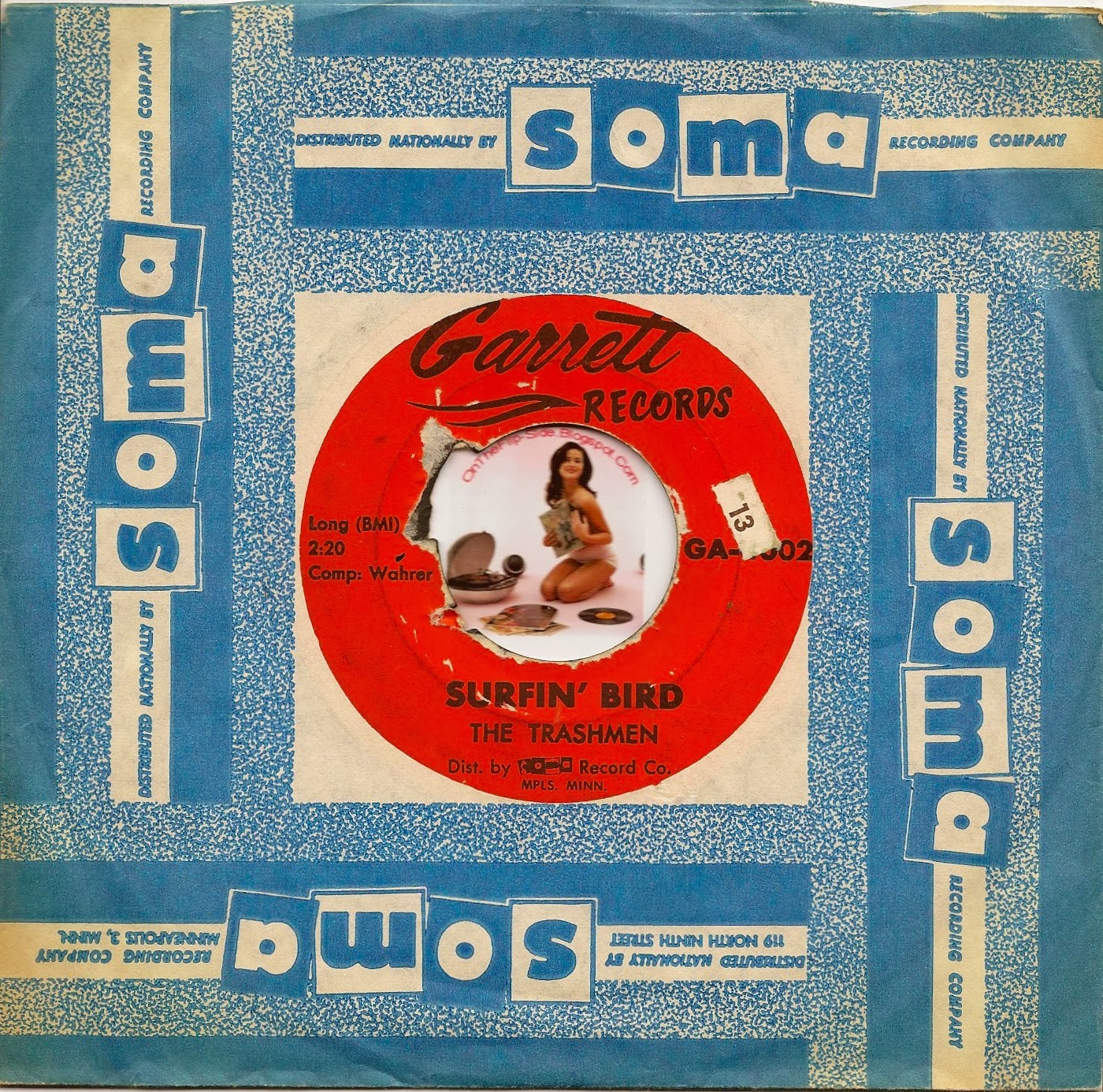 Tony Andreason, Dal Winslow and Bob Reed accompanied Steve Wahrer in their frenetic beat down of this bizarre number. Unlike most songs we spin here, we can firmly say that this song was a certifiable hit. It reached #4 in the US just before Christmas of '63 and has remained a top of mind number all these years, even reaching the top 10 in the UK in both 2009 and 2010!

The timeless greatness of Surfin' Bird can't be denied. To point, as I digitized this one last night, my two kids got up from doing their homework to start dancing around the house and then asked me to play it again...but louder. You can readily hear the influence it had on off-beat bands like The Cramps and The B-52s. The vocals sound so much like those of Fred Schneider.

I was stunned to find just the other day, the French picture sleeve copy on Columbia Records you see at the top of the post in mint condition in a record store in Denver, Colorado. How did that record get there? We'll never know. But now it has a good home. Happy Friday. 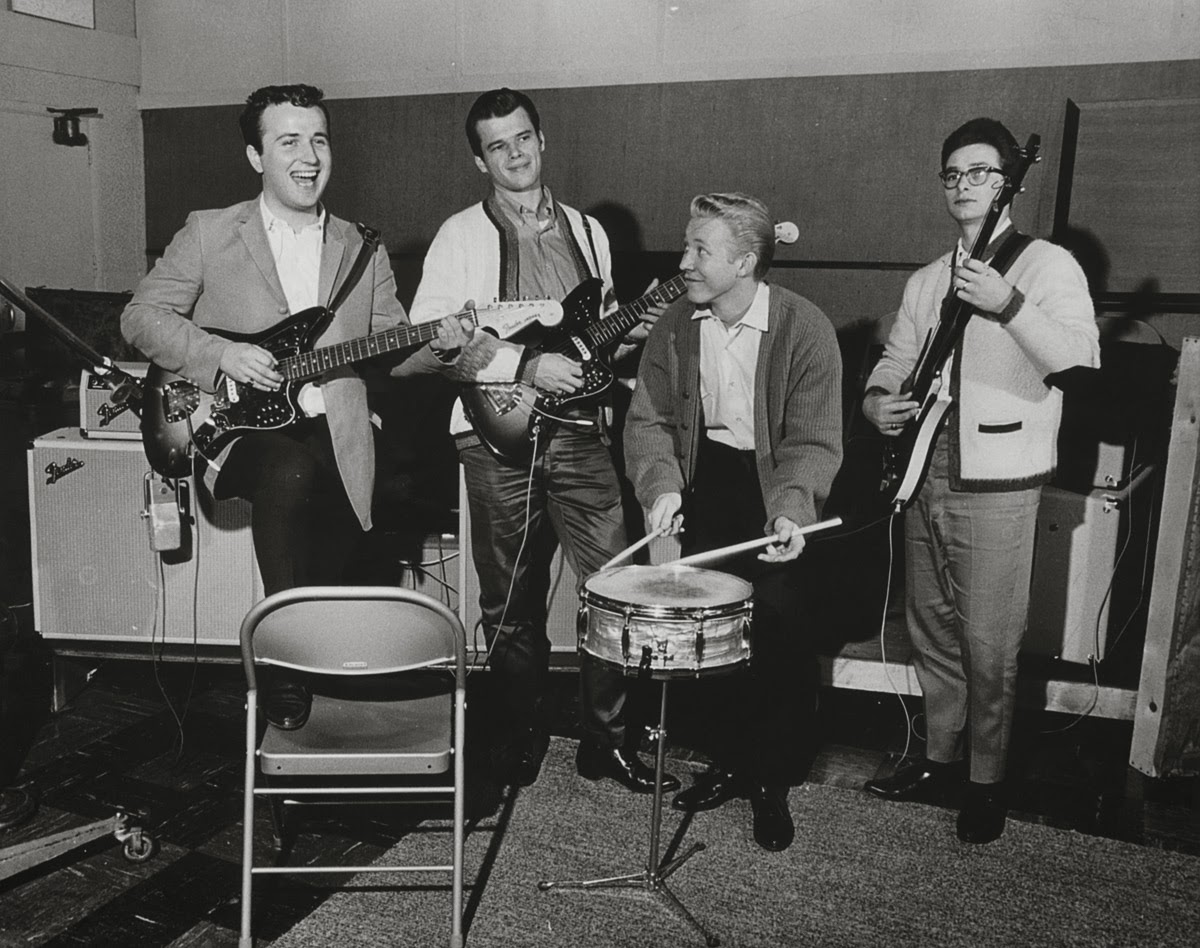