The Flip Sides of The Byrds' Singles: She Don't Care About Time and It Won't Be Wrong 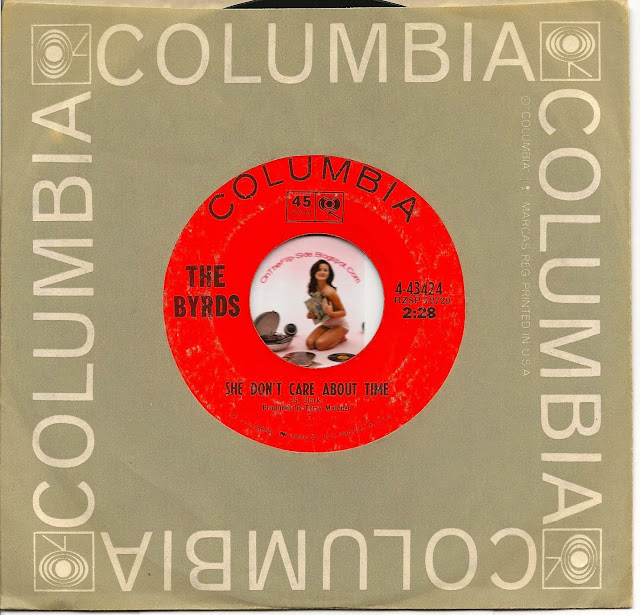 She Don't Care About Time
She Don't Care About Time was the Flip-Side of the The Byrds' third single and mega-hit, Turn, Turn, Turn, released on October 1, 1965. Gene Clark, for the third straight time, provides us with the original composition backing a cover song on the A-Side. Gene Clark, logically, takes the lead on the song as well as performing the harmonica work over the brief guitar lead. 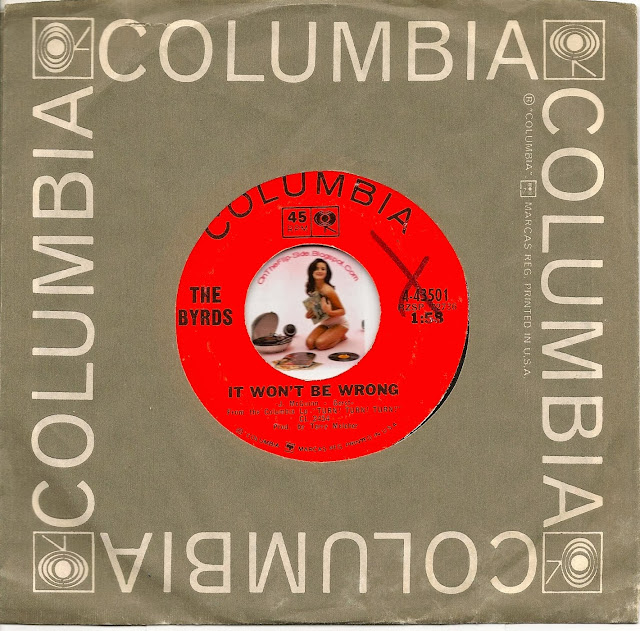 It Won't Be Wrong
For the fourth single, released on January 5, 1966, Gene Clark was given the A-Side with his melancholy song, Set You Free This Time, the first time an original had graced that coveted side of the record. That left Roger McGuinn to get the Flip-Side with his 1:58 composition, It Won't Be Wrong. It's an incredibly strong Flip-Side with a catchy guitar riff and some nice time changes that give the number a jazzy feel. Roger McGuinn sings the lead with Clark and Crosby harmonizing throughout. 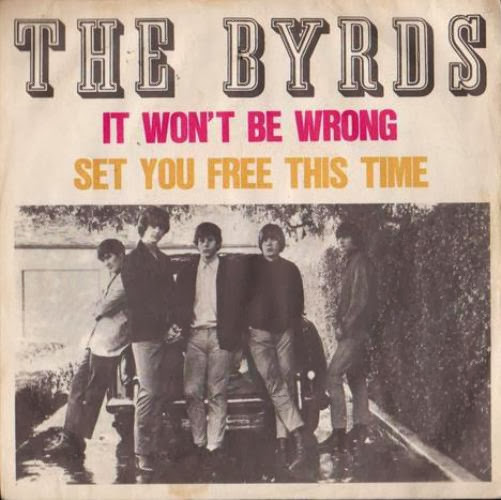 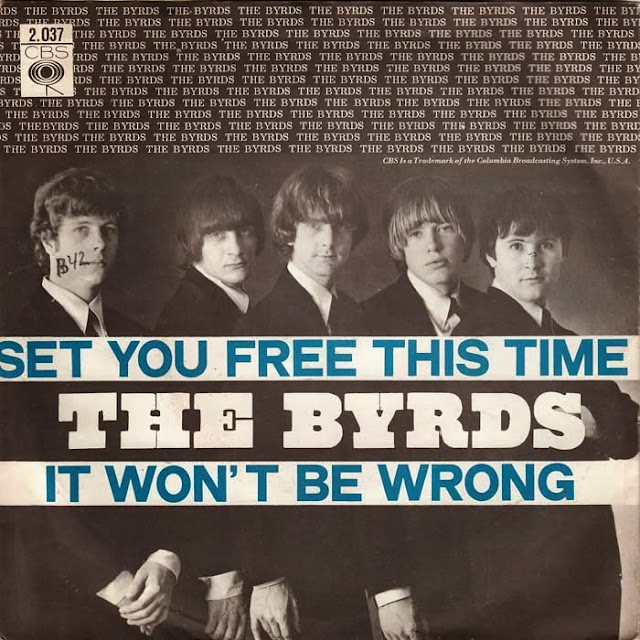 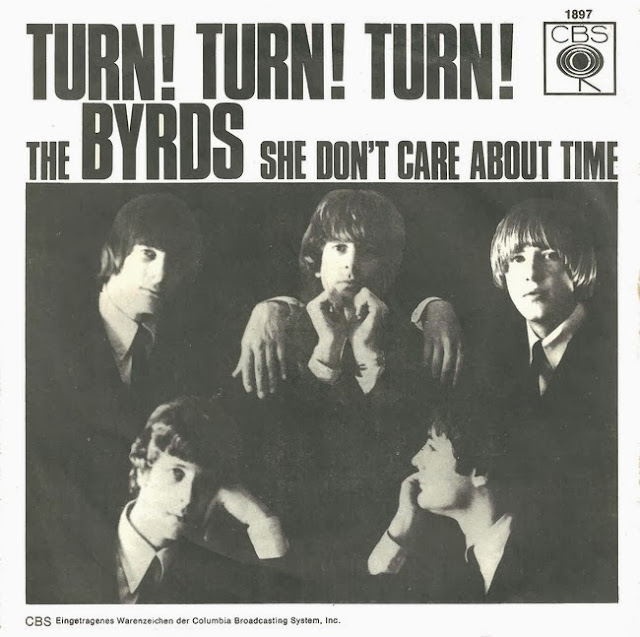 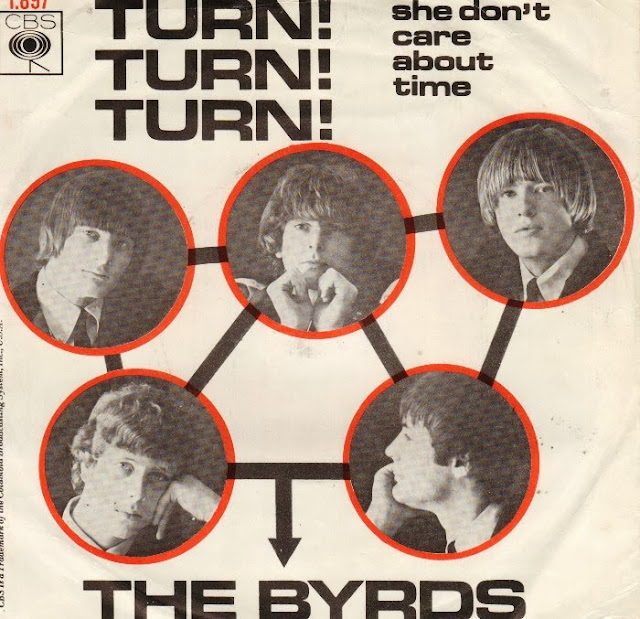 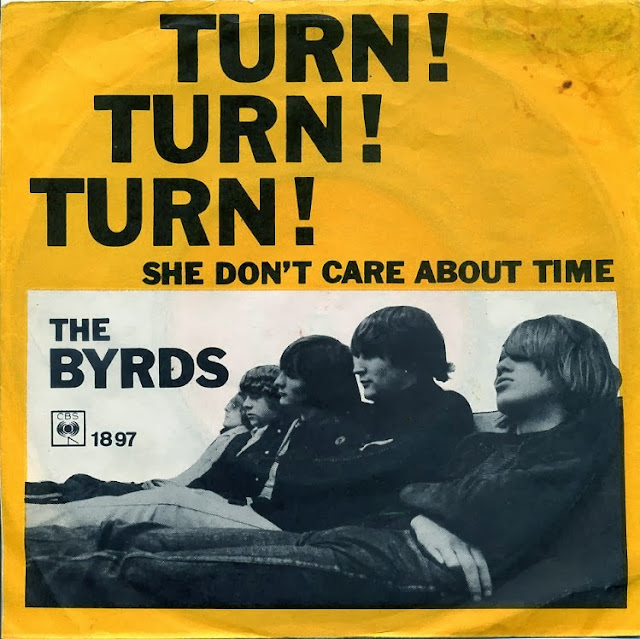 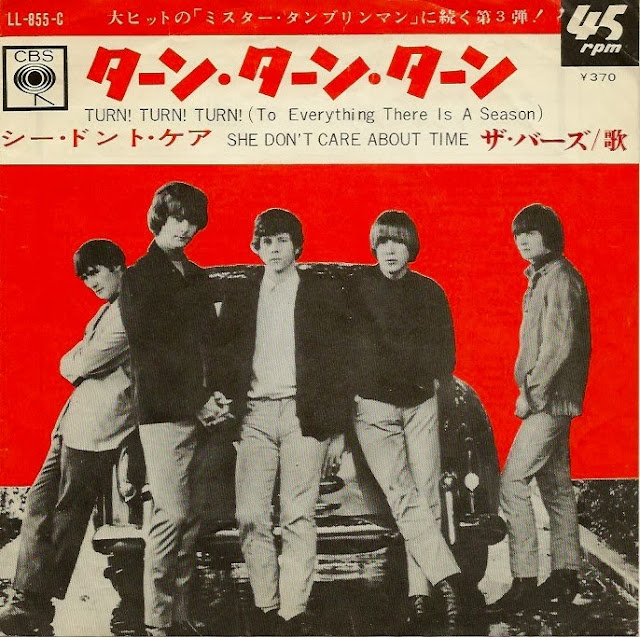