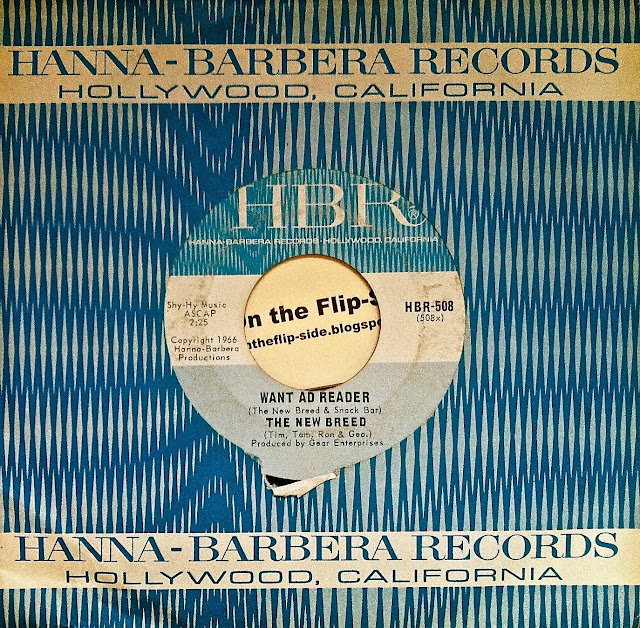 Day three of the Hanna-Barbera Spotlight has us spinning an HBR release from Sacramento, California based teen heart-throbs, The New Breed. The quartet of Encina High School students would record four singles for three labels in their two year existence and featured the musical stylings of George Hullin on drums, Tom Phillips and Ron Floegel on guitar and Tim Schmidt on bass on vocals.

Today's song of the week is called Want Ad Reader, the band's third of four singles. Want Ad Reader is a clear play off of some other band's song called Paperback Writer, both lyrically and musically. Want Ad Reader tells the sarcastic tale of a couple of lonely hearts who find each other in the classifieds. The woman is not quite what she had made herself out to be in her lonely hearts ad. Now the whole thing is a horrible fright for our poor protagonist. The single was originally released on the local label, World United, in September of '66 and must have received enough airplay locally that HBR swooped in (as they were prone to do) to give it a national release in November of 1966. Nothing came of it and the band went back to World United for their fourth and final single the next year. 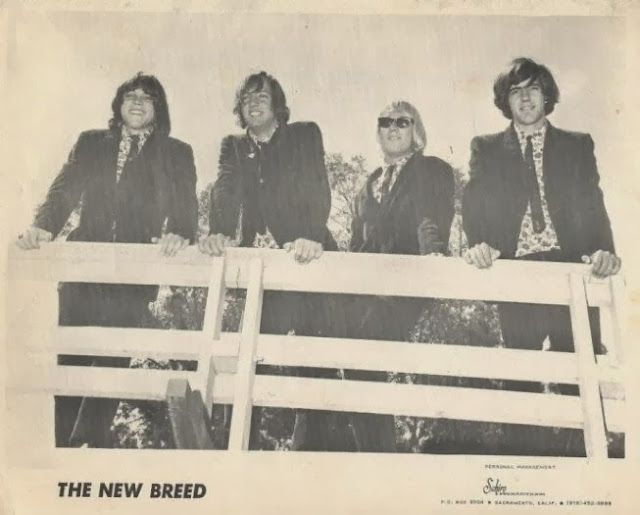 But our story doesn't end there. No. Ultimately The New Breed would unleash a devastating horror on the public. How? The bassist and lead singer of The New Breed was none other than one Mr. Timothy B. Schmidt (far left in the picture above) who would later go on to be a member of the two soft rock outfits, Poco and The Eagles. Two bands that can make a musicologist's stomach churn like few others could. Just ask Jeff "The Dude" Lebowski, man. 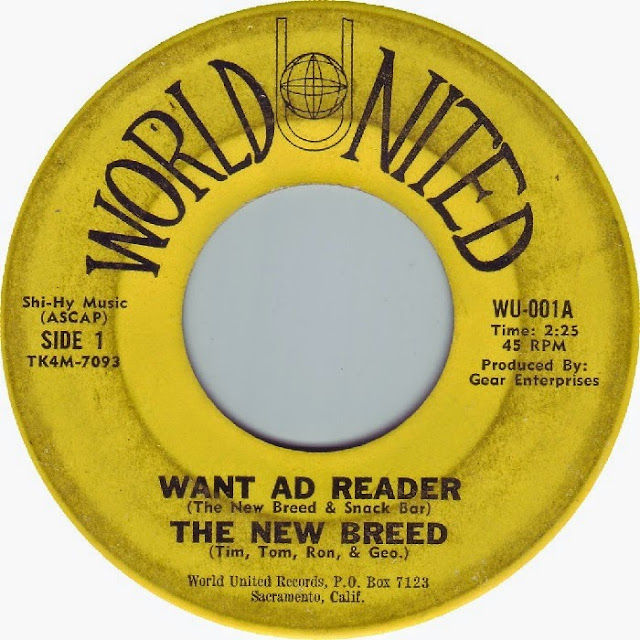