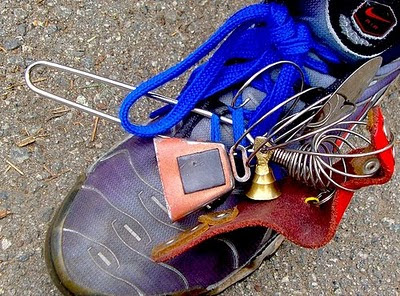 Give a listen above to Mark O' as he delivers his (per)version of the classic "City of New Orleans", a song written by Steve Goodman and made famous in 1972 by Arlo Guthrie. It's just Mark O'Harps, his harmonicas, mic and amp, and some percussives on his shoe, playing on Market and Montgomery.
Posted by Flipsider at 8:59 PM