Song of the Week: The Outsiders -- You Mistreat Me and Sun Going Down 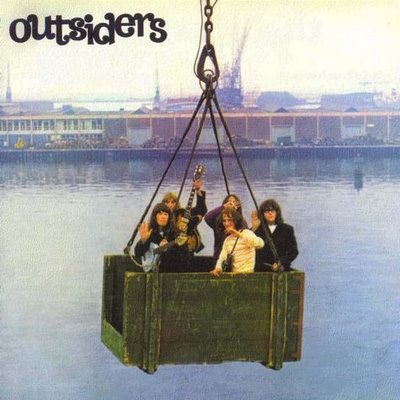 You Mistreat Me
Sun Going Down
Radio Promo

[originally posted on 11/16/09]
Word just hit us that Ronnie Splinter passed away this past weekend. Here is a repost of an earlier article about his band, The Outsiders.

Greetings from a large wooden crate suspended over the shipping docks of Amsterdam. It's 1965 and we have a Date With The Dutch! Wether you're feeling groovy, hip, with it or whatever you like to call yourself; or even if others or you yourself regard you as a square, here is one minute and fifty nine seconds of music by the youngsters recorded in Holland especially for you!

Our date is happening because a local music magazine, Muziek Express, has the idea to publish songs from some of the local kids. Their virgin foray into the music publishing business is with a band called The Outsiders. They're led by a funny little singer and songwriter by the name of Wally Tax and an inventive guitarist by the name of Ronnie Splinter. Together they front a five piece band that is the biggest thing going in this soggy little country. Bigger than the ridiculously talented Cuby + The Blizzards and bigger still than Q65. They're even bigger than sticking your finger into a dyke on a Saturday night.

The Outsiders' first single for Muziek Express' Op-Art label is a double sided gem. The A-side, our SoTW, is called You Mistreat Me. (Yeah, I know, we usually go for the Flip-Side of singles, but not today kids). You Mistreat Me is one odd little song. Like so many Outsiders songs, You Mistreat Me seems to have been recorded live in the studio and without a break to tune up the instruments. (The fab-O flip side, Sun Going Down is waaaaay out of tune, but in a good way.)

You Mistreat Me starts with a heavily tremelo-effected guitar sputtering away as Splinter slides a barre chord up and down the neck, falling loosely into a two chord riff. Bassist Appie Ramers (most awesome name ever!) gets some prime time with his hollow body bass running up and down the neck. And the late Wally Tax sings in his trademark melancholy style sounding as if he was too stoned to actually make an effort to muster a well earned tear in his eye. "Things you say ain't true. All you do is lie. You leave me all alone for too many hours. You Mistreat me and you make me lose my mind. Don't you know that I love you, why do you treat me so unkind?" Even his scream that introduces the guitar lead sounds as if he can't work up enough energy to put the Pop-Tarts down and get off the couch. Wally Tax clearly abides.

Sadly we may never know why this unnamed girl treated Wally so bad. Wally Tax passed away not too long ago in 2005 and with him, he took his sad little secret to the grave. 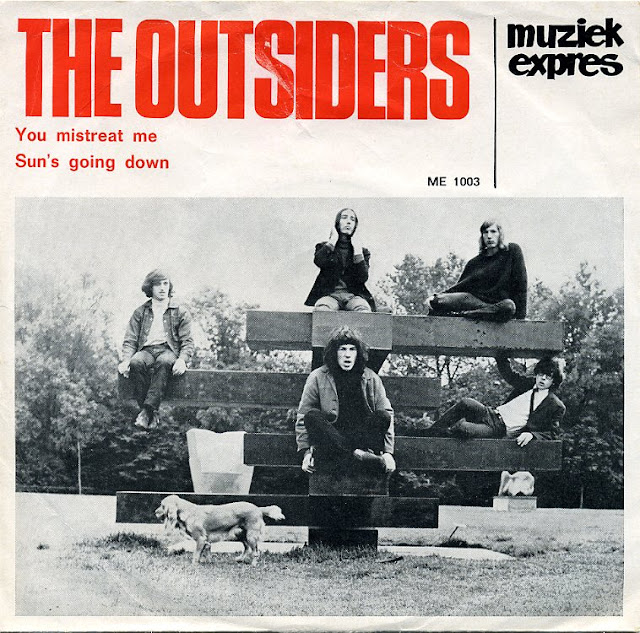