New England Spotlight: The Squires - Going All The Way and Go Ahead 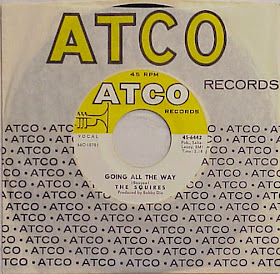 The New England Battle of The Bands continues into this new week. We start the week with a monster double sided record.

The Squires were a bunch of high school buddies out of Bristol, Connecticut (perhaps best known today for being the home of ESPN). In the fall of '66 they loaded into the van and drove to New York to record a few original songs. One of them was the mega gem, Going All the Way, from drummer and singer, Michael Bouyea. Thomas Flannigan was holding the Fender Jazzmaster guitar, John Folick owned a cheap bass that looks to me to be a Kay; and Kurt Robinson from nearby Torrington, played a mean Farfisa organ. The band would later add a drummer and move Bouyea to the front, but that guy isn't on this recording.

The A-Side is the Bouyea composed Going All The Way. The jangly guitar, the lonely bird chirp of the far off organ, the lyrics that exude cockiness, the blazingly fast jazzmaster guitar lead that takes up nearly 1/4 of the entire song. Michael Bouyeau's scream that leads us into said guitar solo. It is perfect. Perfect, perfect, perfect. The Flip-Side is nearly as good. Go Ahead, also composed by Bouyeau, is a classic folk rock, pop number and tells the tale of the 60s garage, time-tested theme of "bad girl does good boy wrong." With all it's suspended chords and efficient 2:07 of length, this could have been an early Byrds number.

The record was released on Atco Records in September of 1966. But Atco fell down on the job with a monster record on their hands. The Atlantic Records subsidiary did not promote their local gem and the number of pressings of the record is rumored to be 2,500 or less. I want it. 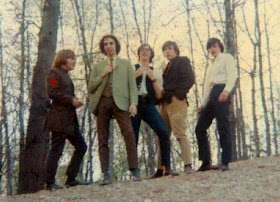